Some time ago I wrote  report entitled Requiem for a Construction Bubble (you gotta have a good title), wherein I noted that - with the possible exception of Melbourne - the rate of apartment construction couldn't be sustained given the prevailing market dynamics.

You can now download a copy of that report for free here.

The note wasn't universally well received, of course, but ultimately there's not much point in such analysis unless it proves to be right.

The latest ABS figures for attached dwellings under construction only run to the end of March, but did at last confirm the beginning of a construction downturn for New South Wales and Queensland. 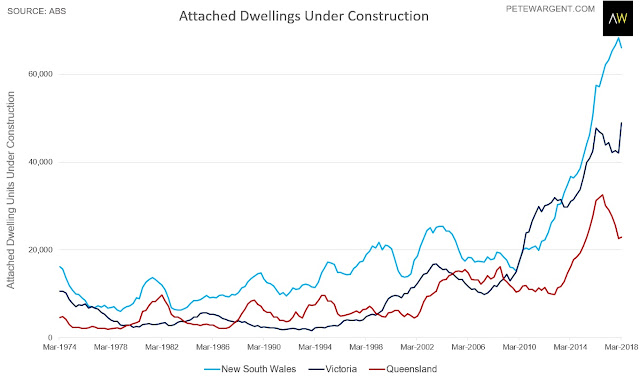 AiG released its more timely Performance of Construction index for July this morning.

And not to put too fine a point on in the apartments sub-index crashed.

Apartment construction contracted for a fifth consecutive month - 11 of the past 12 months have now been negative readings - with the sub-index sent plunging 11.7 points lower to a reading of just 36.7.

With a reading of under 50 denoting a contraction that's the sharpest rate of contraction in half a decade.

On the plus side, engineering, commercial, and detached housing construction were all in expansion territory, which is keeping the industry buoyant while the infrastructure boost lasts. 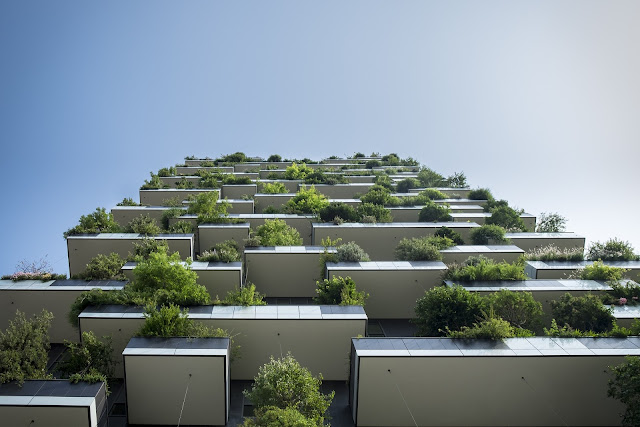