I wrote a series of blog posts earlier this year about the 'dogs of the world' approach to investing, to provide some counterbalance to the exuberance of some global stock markets.

The key elements of the strategy are are mean reversion, buy low and sell high, and diversify.

The internet is utterly awash with Warren Buffett quotes about being fearful when others are greedy and heaven knows what else.

It's true that Buffett's great genius over the years has been to wait patiently for attractive prices before buying hard.

But in reality most of those doing the quoting about buying when others are fearful (value) are in reality following the herd just the same as the rest (momentum).

But can you genuinely be greedy when others are fearful?

I had a chat with Mr. Alan Kohler of ABC News and the Constant Investor earlier today - a very brief chat as it turned out, as he had to go and prepare to report on the Turkish lira crisis.

All news channels will undoubtedly be locked and loaded onto this story with a vengeance due to the heightened and justified fear of contagion.

Yet this is also a key indicator that we're now hitting the point of maximum panic.

The Turkey ETF is now showing a total return since January of negative more than 50 per cent as money managers are unable to justify putting client money into such a high-profile basket case. 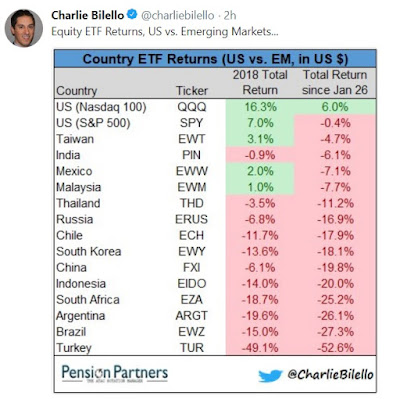 And the MSCI Turkey ETF is down another 12 per cent in pre-market (Turkish equities are now more than 70 per cent below their 2013 peak).

Markets were similarly and extremely concerned about a Turkey default in 2003 leading to some very pessimistic equity valuations at that time.

It goes without saying that this strategy is something for a part of a portfolio rather than the bulk of it, and going for the ETF option is lower risk than trying to pick out individual companies.

Note that this is not a buy recommendation, as I don't give those on this blog.

And anyway, you do need to be able to hold your nose with this strategy at the best of times (or should that be worst of times?).

By way of disclosure, though, all prospective commentary on the Turkish ETF will be positively biased.

Hopefully we'll be Thanksgiving in a year or two from now :-) 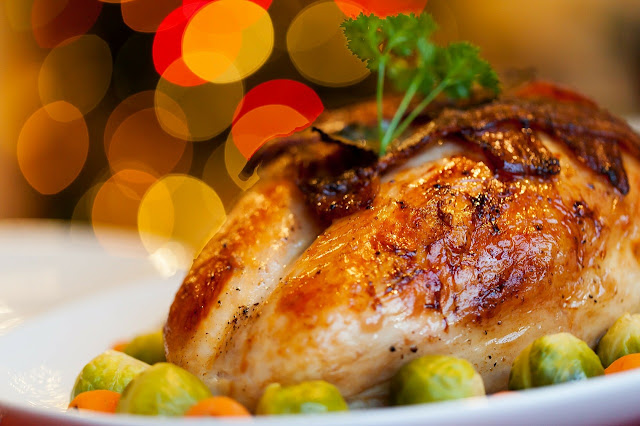