After a 3-year hiatus, it seems that more Kiwis are heading to West Island again (as opposed to the other way around). 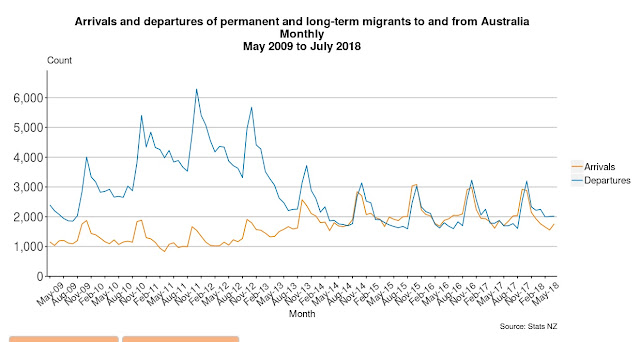 Australia is winning in the permanent and long term migration Bledisloe Cup, at least.

It's interesting to note that the unemployment rate has been lower in New Zealand than in Australia for quite some time.

And there were some one-off factors, such as the post-earthquake Christchurch rebuild.

But maybe the tide is turning just a little now back in favour of Australia. 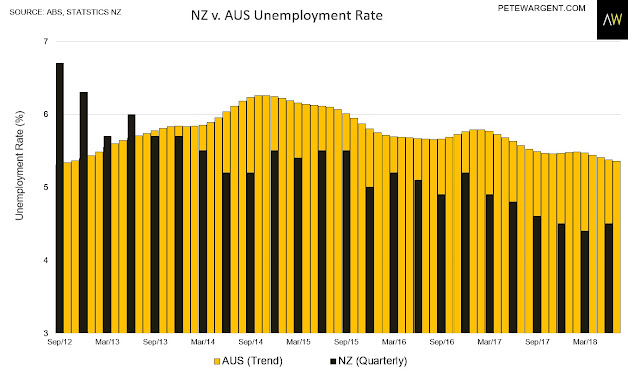 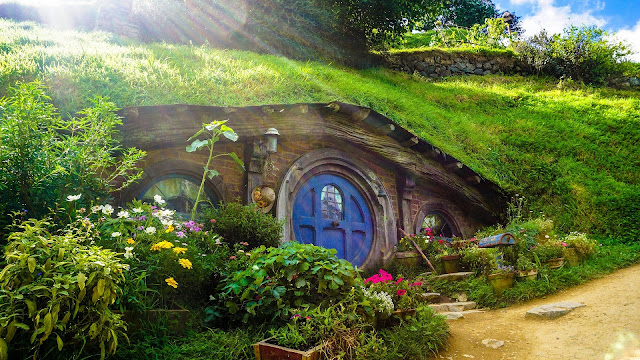