Justin Smirk of Westpac recently furnished us with a great deep-dive podcast into employment trends in the excellent Business Insider Devils & Details podcast.

Justin went into some depth to explain the recent shifts in the labour force by gender, with the economy failing to create great outcomes for many male employees, for a range of reasons.

AWOTE growth for males improved just a little bit to +2.4 per cent over the year to May 2018, which was the best result in 3½ years, the ABS reported yesterday.

The result for total earnings growth for full time male was a little better too, at +2.6 per cent. 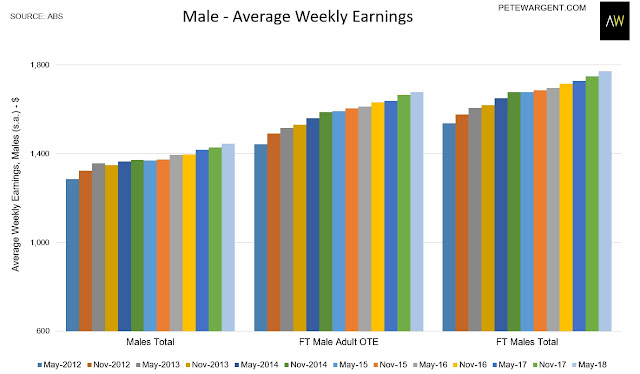 But still this was nowhere near as good a result as AWOTE growth for females, which picked up further to +3.4 per cent, which was the best result in two years. 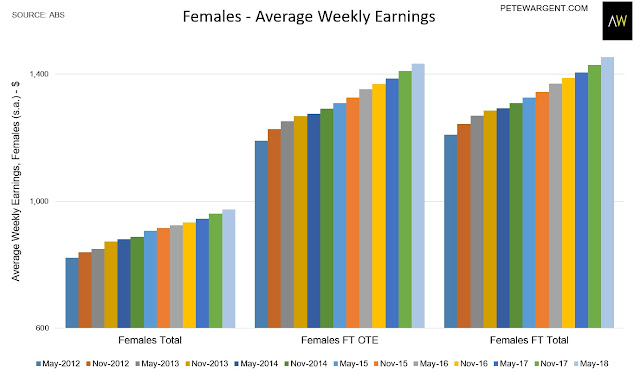 While females are still earning less than males on average, the ratio of earnings has closed fairly significantly in recent years from about 81½ per cent to 85½ per cent.

That's the tightest gap over the history of the available statistics since 1994, so some progress has been made here.

Industries where wages picked up over the year included manufacturing, arts and recreational services, and administrative & support roles, but healthcare and social assistance earnings were soft (probably due to composition change).


The ACT continued to have the highest level of ordinary time earnings (OTE) for full time employees at $1,810 per week.

And with the unemployment rate in Sydney declining towards just 4 per cent, unsurprisingly New South Wales recorded strong growth in full time OTE, at +3.9 per cent following a lean couple of years.

For total full time male earnings the resources jurisdictions remained top of the tree, despite the slowdown in recent years.

Mining was also the highest paid sector, with average OTE for full time employees of $2,592 per week. 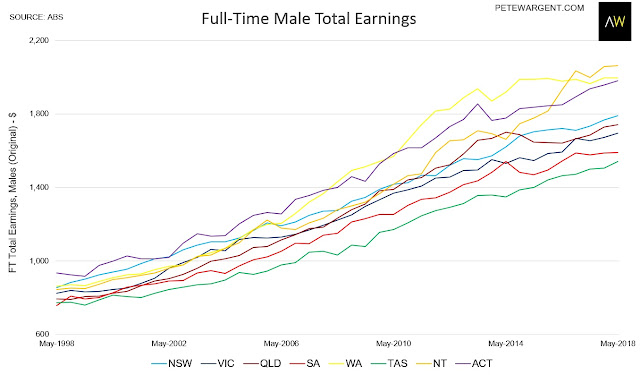 Earnings growth has been pretty slow in South Australia and Queensland too since the peak of the resources construction boom, although Queensland was one of the best performers over the year to May 2018 at +3.4 per cent (following a dip since 2014).

The general view is that earnings are growing slowly in Australia.

On average, this is true, but some industries and locations are faring better than others - especially for women.

And for those living in Sydney, wages growth looks to be picking up. 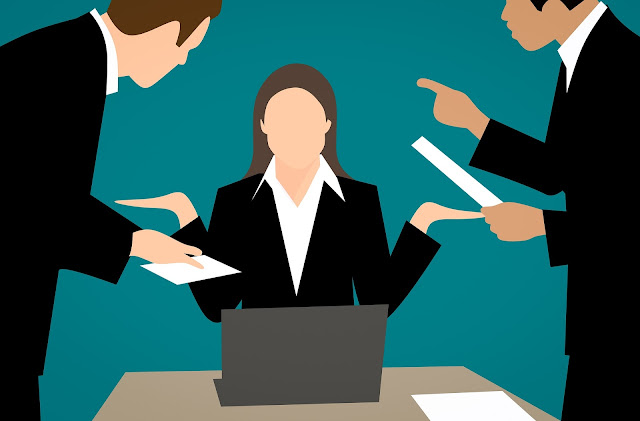