Victoria drives unemployment rate to the lowest since 2012

As expected there was a bit of payback on total employment in July after an epic boost in June (and as the sample was rotated this month, with Westpac once again nailing their call...those guys are on fire at the moment).

The composition was solid enough, though, with full time employment up by +19,300 in July, seasonally adjusted.

It'll be interesting to see how long they can keep pushing the 'record' mortgage stress storyline if this trend persists. 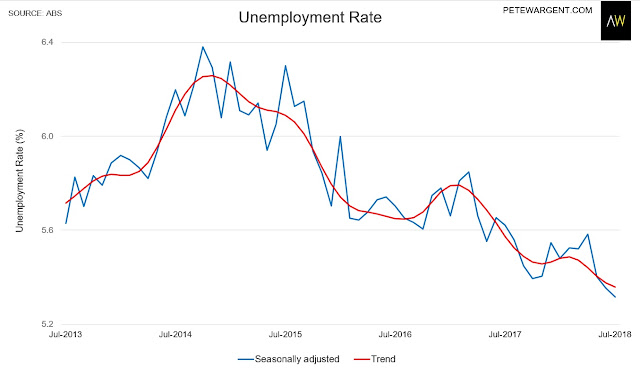 The trend number of unemployed persons has been declining steadily since 2014 (note that the resident population of Australia has grown much larger over that time, too).

Over the past year it's all been about Victoria, with the state making significant inroads into its unemployment challenges on the back of an enormous construction boom.

The cusp of full employment beckons for Melbourne, helped along by demand from strong population growth, which is good to see. 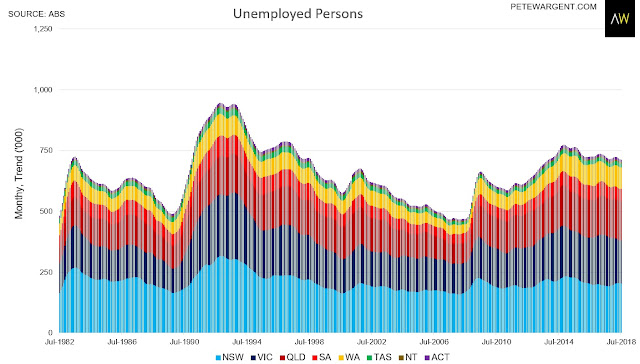 In July, Victoria's unemployment rate dropped to the lowest level since 2011 following on from a tremendous leap in job vacancies. 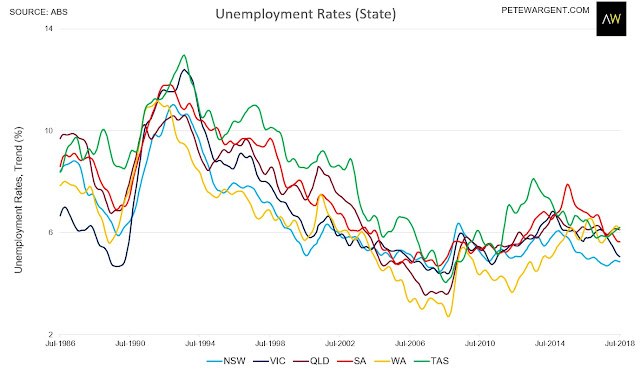 And youth unemployment is trending down nicely too to the lowest level in about 6 years, leading the 'hip' Treasurer Morrison to Tweet a Taylor Swift song about something or other being shaken off. 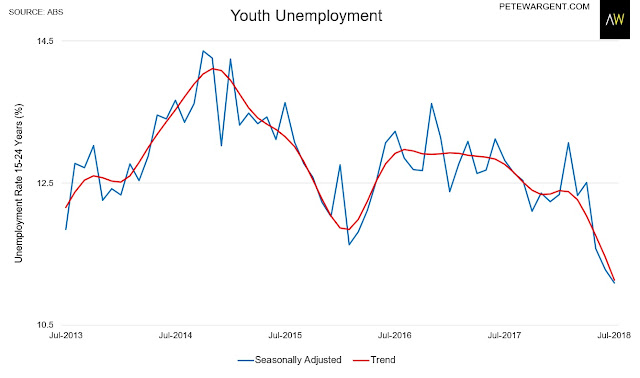 Pretty good numbers, overall, with the unemployment rate printing at the lowest level in 68 months. 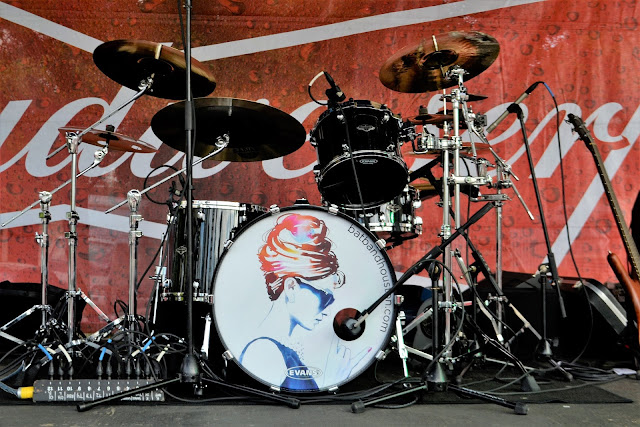