The labour market is tightening, gradually.

Something I've been prattling on about for a while is the prospect of full employment for Melbourne, forged on the back of a mammoth construction boom.

And the Victorian capital took another huge leap closer to that dynamic in July as its unemployment rate fell to just 4.9 per cent in the month.

A year earlier the unemployment rate across Greater Melbourne was above 6 per cent as the rate of population growth surged to the highest level since the gold rush.

This takes the annual average unemployment rate for Melbourne down to 5.6 per cent, from 6.1 per cent a year earlier.

If it feels as though the recovery has been slower than those we've experienced in the past, then there would be an element of truth in that.

That said, the population is growth at a quicker pace these days, so the decline in the total number of unemployed persons may be expected to be more gradual. 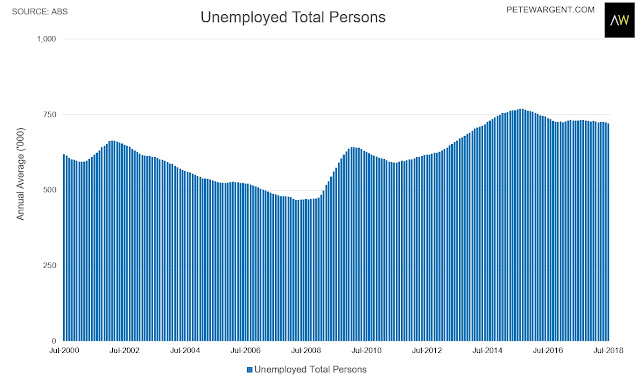 Sydney's annual average unemployment rate continues to decline to fresh multi-year lows, now at well under 4½ per cent, while Adelaide has really turned a corner since 2016 (in a good way). 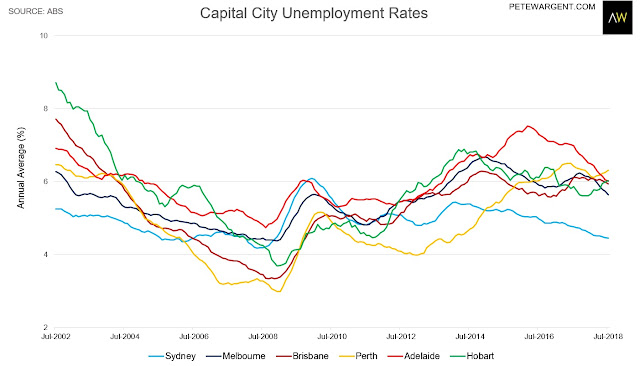 The median duration of job search is also improving, ticking down to 17 weeks from 19 weeks a year earlier.

The tightening was driven by a tremendous improvement in Brisbane (surprisingly) and Hobart (less surprisingly). 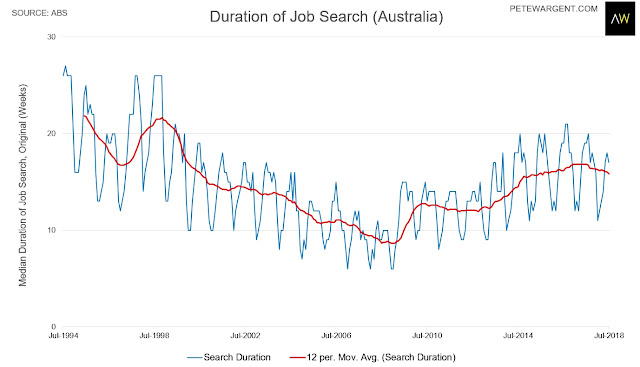 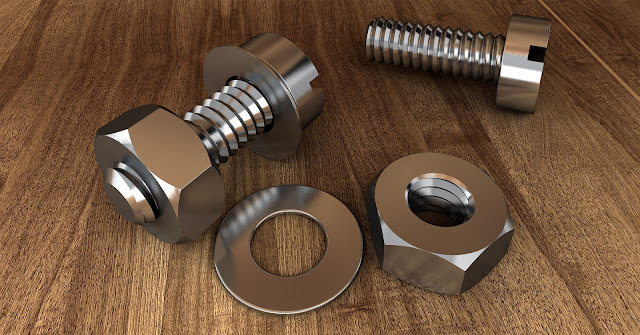