Following on from the previous post, this is a timely release from Tourism Research Australia.

A record 8.4 million international visitors graced Australian shores in FY2018 - an increase of 6 per cent from the prior year - with a huge lift in New South Wales to 4.4 million, as well as significant gains in Victoria and Queensland. 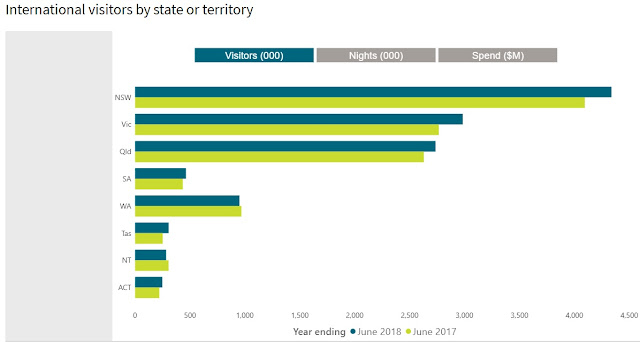 
There was a 13 per cent surge in Chinese visitors to 1.3 million, while Hong Kong (+14 per cent) and Indian visitors (+20 per cent) also powered higher.

In percentage terms it's been a terrific year for Tassie (the totals below sum to more than 8.4 million international visitors, for hopefully obvious reasons!).

Meanwhile, Sydney dominated the list of most visited sites and attractions. 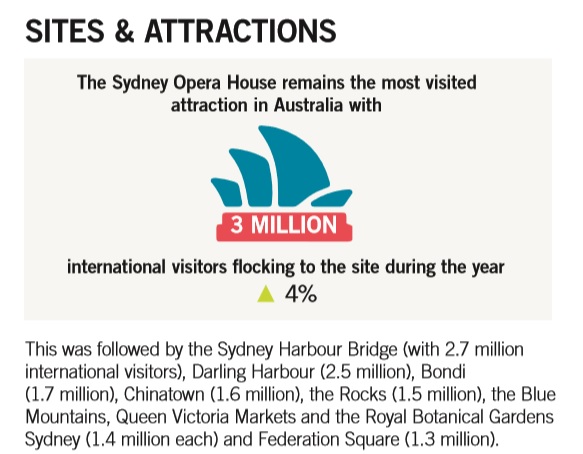 There's plenty more interesting data on visitor spend and activities undertaken, but the gist of it is that the Asian love affair with visiting Australia continued in the 2018 financial year. 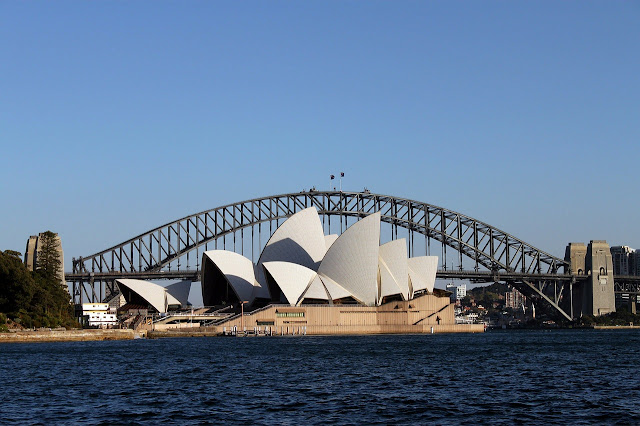