US payrolls power on

What China problems and hiring slowdown?

US payrolls blitzed expectations of +200,000 gains to record another thumping +250,000 increase in October.

August was revised up to a bonanza +286,000 as well, with an offsetting downward revision to the September result.

The economy racked up a record 97th consecutive month of gains, with the 3-month average gains still tracking at an impressive +218,000 for this late stage in the cycle. 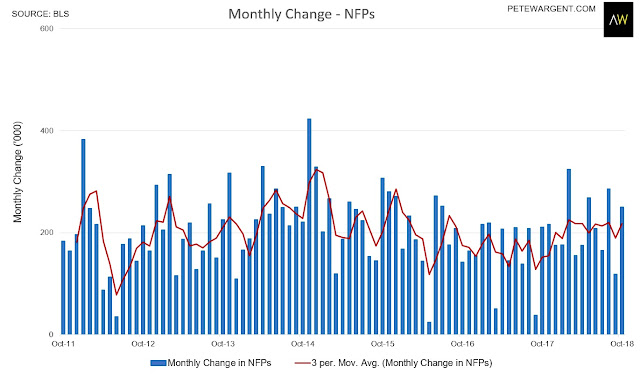 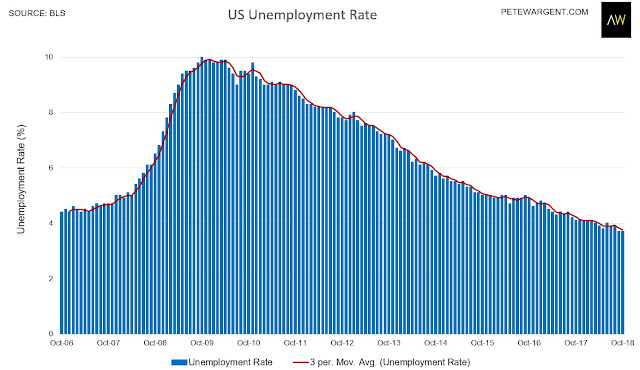 And the annual increase in average hourly earnings jumped to +3.14 per cent. 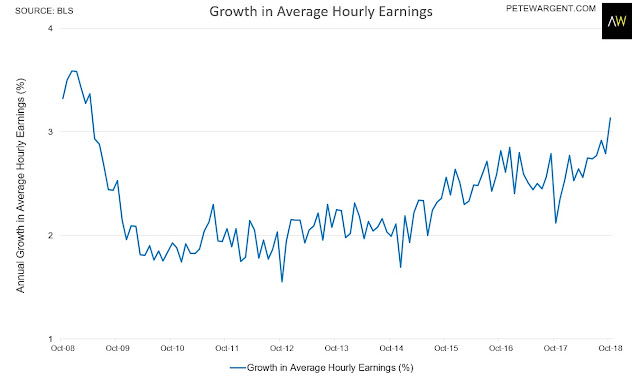 That earnings growth was partly due to a low base effect, granted, but marks by far the strongest result of the expansion to date.

It's worth noting that US nominal GDP growth is also now running at the highest level since 2006, at 5½ per cent.

The Federal Reserve will almost certainly hike for a 9th time in December, taking the Funds Rate up to 2½ per cent. 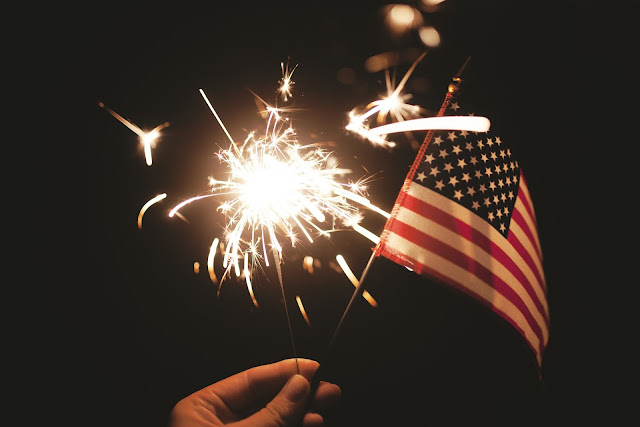