It's still early days, but the first indications that the dramatic clampdown on lending to investors is leading to tightening rental markets are surfacing.

Nationally the vacancy rate for residential properties fell to just 2 per cent in October, the lowest level in more than 4½ years, according to SQM Research.

Since many apartments were bought off the plan in Sydney and Melbourne many of the most impacted markets will initially include the smaller capital cities and regional centres.

While Sydney's vacancies remained at 2.8 per cent or ~19,450 rentals in October, Hobart has crashed to just 0.3 per cent or 78 rentals, which is a full blown rental crisis playing out in real time.

Canberra isn't too far behind on that curve, declining from 2½ per cent in 2014 to just 0.6 per cent, with vacancies declining again to 387 rental properties (remember many prominent commentators said that land tax 'in theory' would have no impact on the ACT rental market): 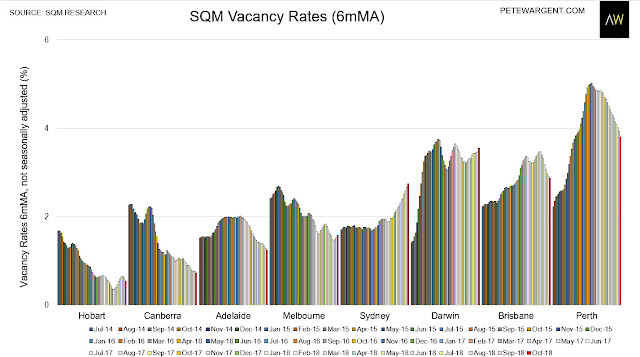 Interestingly, now many commentators are saying that the proposed negative gearing changes will have 'no impact' on rental markets too...but that's a whole other story.

Adelaide also continued to tighten, down to just 1.1 per cent.

Perth has a high vacancy rate of 3.3 per cent, although this too is well down from 4.4 per cent a year earlier, while Brisbane is now diligently working its way through its glut of inner-city apartment towers.

Darwin is a bit of a basket case, with construction slowing to a halt, but with the population of the Territory now in decline vacancies remain elevated.

In Hobart, there is a severe shortage of rental accommodation with just 78 properties available to rent, and rents are rising quickly, with no slowdown in sight.

“In Canberra too, where many renters live, there are just 387 rental properties available, putting upward pressure on rents.

Melbourne’s vacancy rate has remained at low levels over the year.

In contrast, we are seeing a surplus of rental properties in Sydney and rental costs are falling, a trend we expect to continue into 2019,” said Christopher.'

Can't disagree with regards to Sydney, where a so-termed balanced rental market might be represented by ~15,000 vacancies, rather than the prevailing ~19,450.

For context, Greater Sydney's population grew by ~100,000 persons last year, for the city's greatest ever population increase, so any 'oversupply' is a somewhat nebulous concept, and in reality it's likely to be a temporary dynamic as the construction pipeline now wanes. 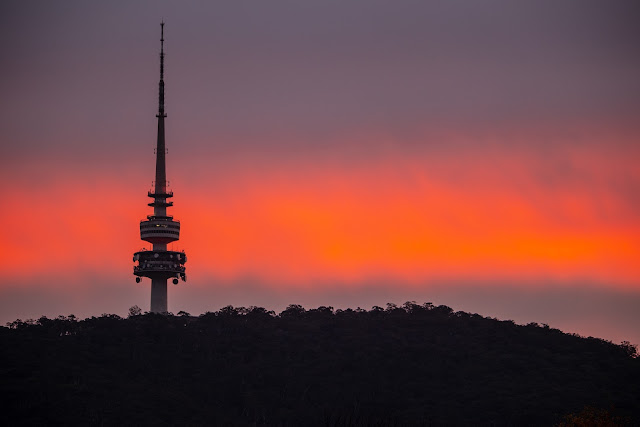