Charge of the white shoe brigade

And, as expected, the proposals are nothing like what they say on the tin, since investors with other investment income will still be able to negatively gear established properties and offset their cashflow losses accordingly.

Worryingly, the Tax Institute seems to think that this brings Australia 'in line with the United Kingdom' - not sure what to say about that, except the UK tax rules for rental profits and losses are very different from this - emerging from the old schedular system - and not at all the same as what Labor has proposed. 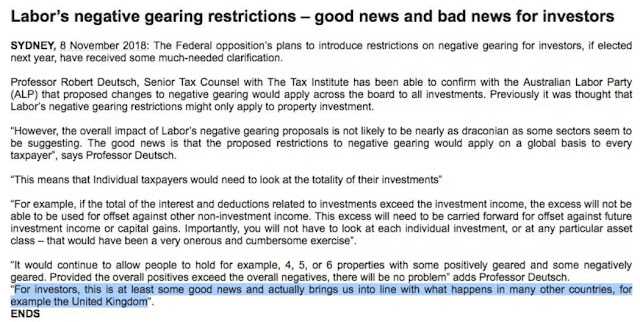 
Paradoxically, the rules that were intended to 'level the playing field' are skewed in favour of sophisticated investors with family trusts and dividend income, at the expense of prospective Mum and Dad investors.

The law of unintended consequences

The problem with policy that's made up on the fly is that it creates just as many problems as it solves.

Since the first quarter of 2017 the concerning build-up in the stock of interest-only (IO) debt has been decisively tackled through caps on IO lending and the introduction of a mortgage rate differential, and this has been stunningly effective in encouraging investors to repay principal as well as mortgage interest.

Under the proposed new rules, however, perversely there will be less incentive to pay down debt, when investments can instead be made in high-yielding shares with dividend imputation, while the proposed increase in the effective rate of capital gains tax encourages asset lock-in.

Labor originally unveiled its policies some years ago to correct then-prevailing imbalances in the housing market - a surfeit of investors and a dearth of first homebuyers - as well as to tackle the Budget deficit.

Morrison has stolen their thunder, however, with investor credit growth squeezed to record lows, first homebuyers tracking at around multi-year highs as a share of the market, and the Budget roaring back towards an imminent surplus on stronger revenue receipts.

I doubt Labor can backflip now for fear of appearing weak; anyway, they don't need to looking at the latest polls.

Wealthy and sophisticated investors will be fine, of course - they always are - with existing tax benefits for Baby Boomers preserved in perpetuity.

The saddest part of the two-tier nature of the ALP policies is that they'll funnel green young investors into dud and overpriced new apartments - with a negative cashflow and a diminished resale market - thereby ensuring that many young Mums and Dads will lose their hard-earned money.

And this will inevitably see the re-emergence of the white shoe brigade - a platoon of shills and pseudo-advisors - only too happy to steer them towards new high-rise towers with deceptive rental guarantees and an armada of false promises.

There's clearly a place for tax reform through caps or phasing out excesses, but creating a two-tier market for new and second-hand properties creates many more problems than it solves. 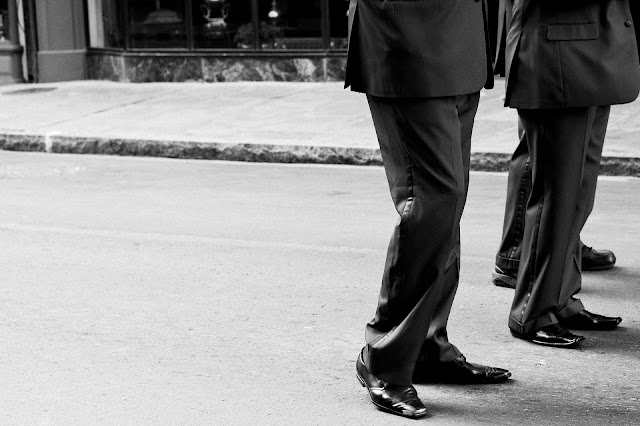