Listings were up in February, especially in Melbourne and Sydney.

For now, Melbourne's listings remain about -10 per cent lower than at the same time last year.

In Sydney, however, total listings were +22 per cent higher than a year earlier as the market has slowed, according to SQM Research figures.

Canberra listings were also +15 per cent higher over the year to February, with the nation's capital seeing an increase in its apartment stock. 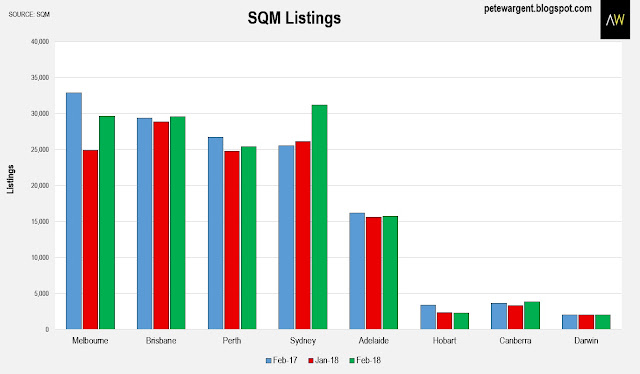 At the other end of the scale there were fewer than 2,300 listings in Hobart, an excessive -31 per cent lower than a year earlier, with that capital city market in the midst of its boom cycle. 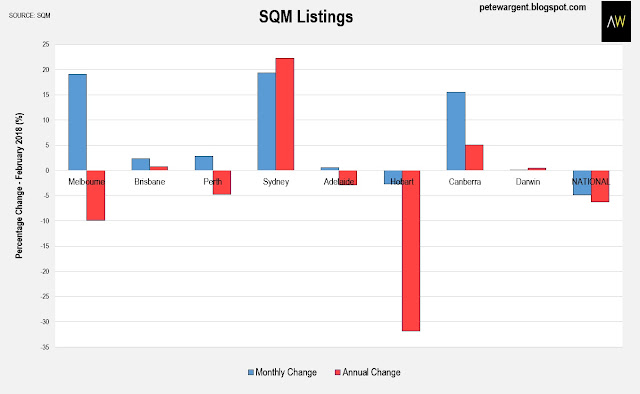 Listings were down -5 per cent from February 2017 in Perth, while Brisbane listings were relatively flat, despite the surge in apartment completions. 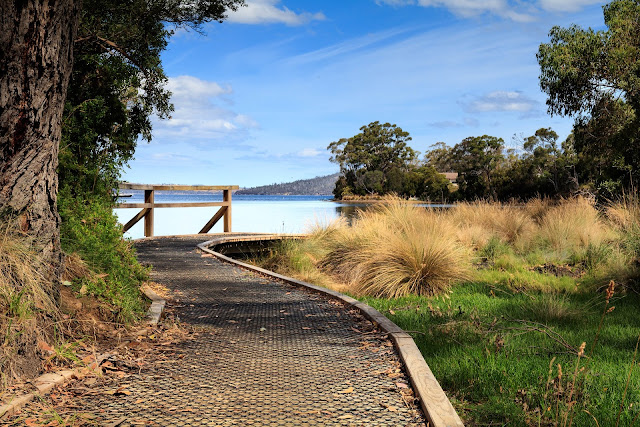