Bank fund costs did not increase in 2017, affording plenty of headroom for advertised mortgage rates to be cut in recent weeks, although serviceability tests will remain as stringent.

Reported the Reserve Bank of Australia:

"The cost of banks' outstanding wholesale funding decreased slightly over 2017, owing to a decline in short-term wholesale funding rates and the maturing and refinancing of long-term debt at lower interest rates.

The cost of new long-term debt issuance was below the cost of outstanding debt for most of 2017, with bank bond spreads around their lowest levels in 10 years." 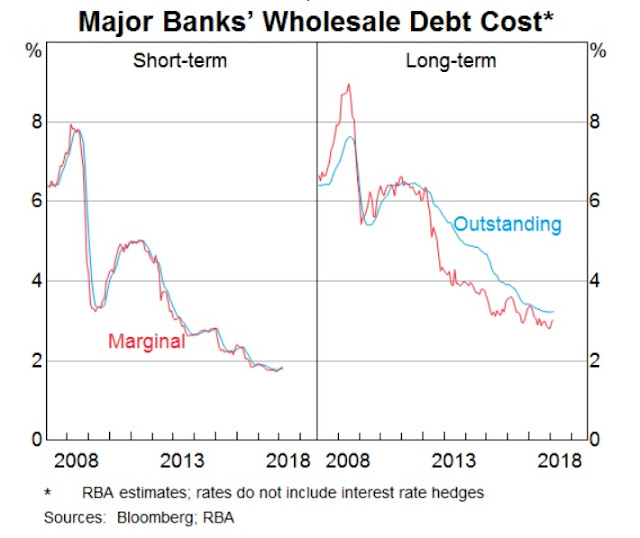 That said, banks have increased the average tenor of their debt, and issuance at a longer tenor tends to be a little more expensive.

Net net, then, not much change.

For the housing market, our direct market experience in Sydney's eastern suburbs very much points towards a soft landing, with auction clearance rates tracking at high levels, and prices remaining relatively flat over the past year.