There have been some incredible spikes and troughs in engineering construction in recent quarters.

These related to the import of LNG platforms in Western Australia, leading to wild spikes and reversals.

Looking through the noise at the trend figures it seems that the large pipeline of public infrastructure works in New South Wales and Victoria has finally arrested the downturn in engineering construction initiated by the resources construction cliff way back at the end of 2012.

It's been a long half decade for Western Australia since the peak of the boom, but there were further positive signs for the state in these numbers with the trend now at long last rising again. 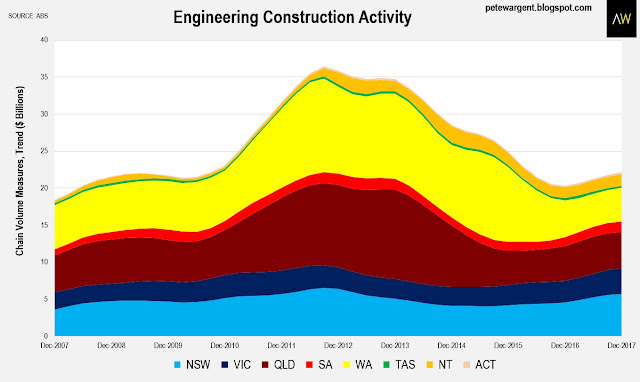 The figures for work commenced are always much lumpier - as is the nature of these things - but these show that Queensland has got some chunky private sector projects underway now. 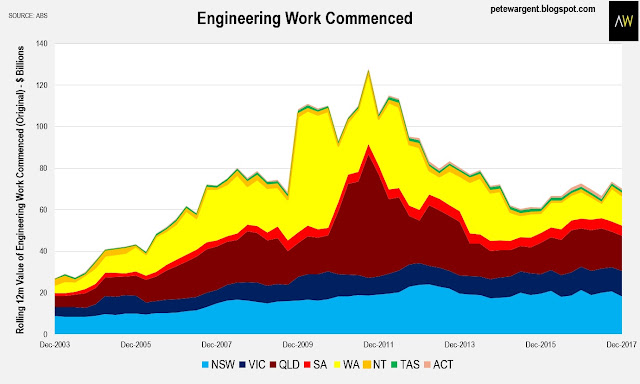 One such example is the huge redevelopment underway at Brisbane Airport, but there are plenty of others.

Having already invested $1.6 billion in upgrades since 2012, Brisbane Airport Corporation (BAC) is now:

There's a fair amount of other works underway across Brisbane and Gold Coast too. 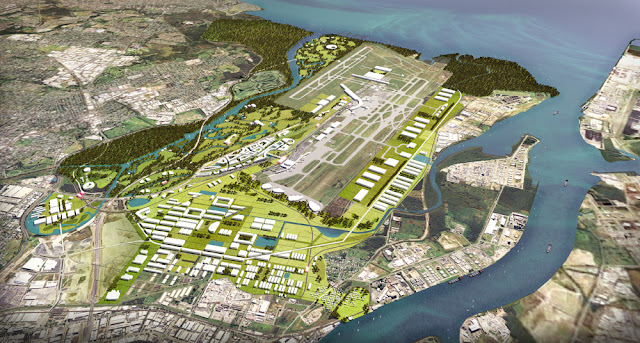