Lots of news articles about immigration in the past fortnight, so here's a brief look at some very timely figures.

Figures just released in the past half hour by the Australian Bureau of Statistics (ABS) showed permanent and long term arrivals surging +4.9 per cent higher over the year to the highest ever level at 787,710. 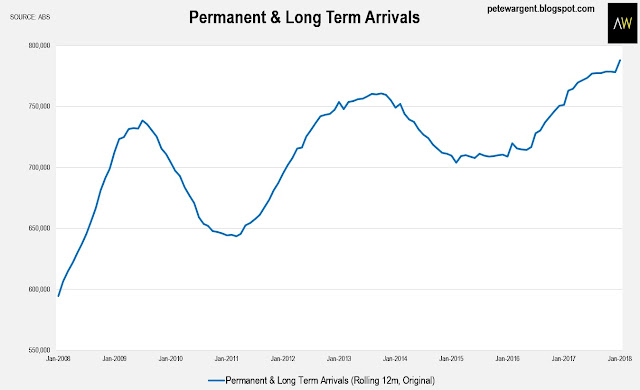 It seems quite possible that this number will increase sharply next month since Lunar New Year fell deep into February this year (as opposed to late January in 2017), so this may wreak a bit of havoc with the seasonal adjustments. 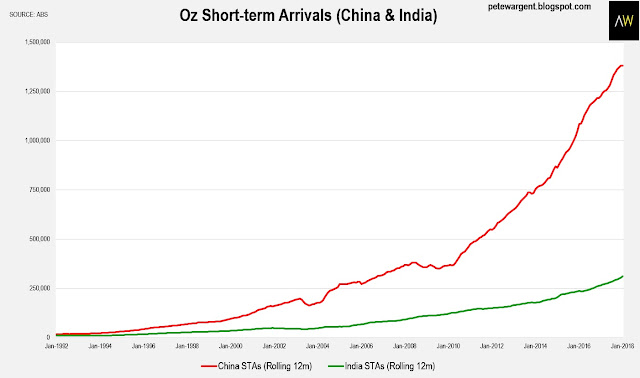 Finally, another interesting trend to watch, the number of short term arrivals for education purposes jumped +18.3 per cent year-on-year in January, and also hit an annualised record. 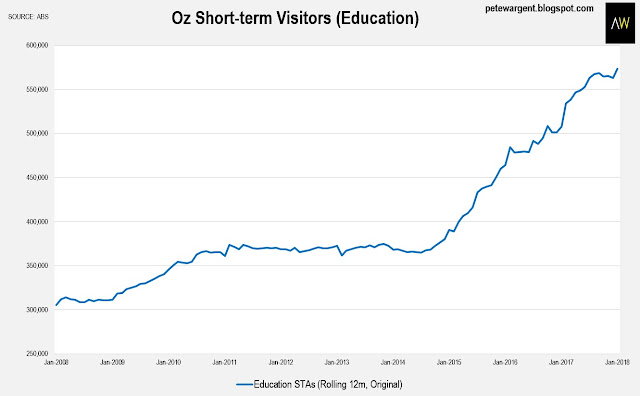 Again, February is the key month for international student intake in Australia, so next month's numbers will warrant watching closely.

Looking through the monthly ups and downs, any way you look at it Australia's capital cities are populating very quickly at the present time.

A final interesting point of note is how the growth in the overseas-born population is set to be almost exclusively accounted for by immigrants of Asian origin.

As some recent British, Irish, and New Zealander arrivals opt to dribble home - and as European-born Baby Boomers 'drop off' the figures, to use an awkward euphemism - this will leave Asian-born migrants as the sole major driver of the growth in overseas-born Australians.

And Australia is a very popular destination of choice right now. 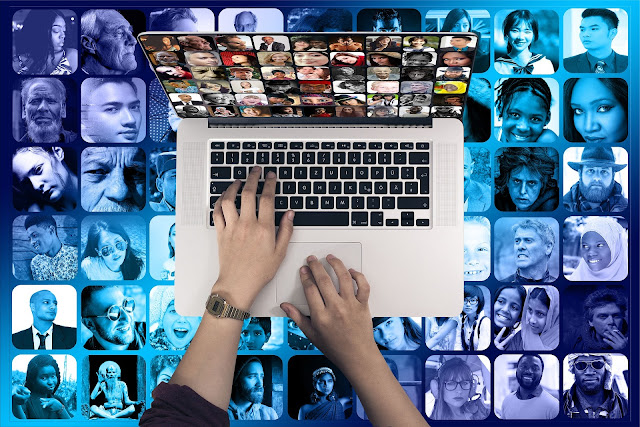