27th year of growth (but something's gotta give)

Australia's economy has racked up a quite amazing unbroken tun without a technical recession, now extending into its 27th consecutive year of growth.

Something about the model Down Under must be working OK, then.

Unfortunately the end of 2017 was something of a damp squib, with the economy growing by a meagre +0.4 per cent in the fourth quarter, for a flat result after accounting for population growth.

Over the year the economy grew by a somewhat below par +2.4 per cent. 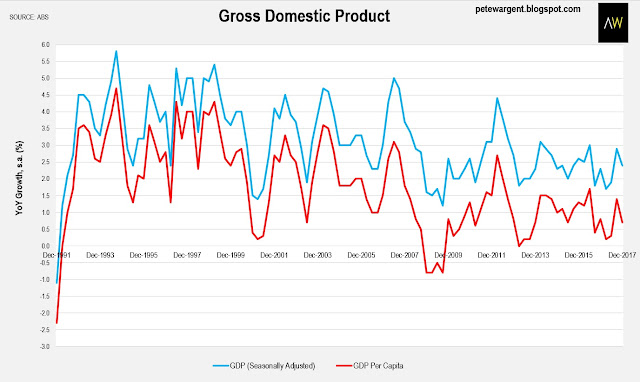 The terms of trade were flat in the quarter, but remain well down from the peaks, with further downside looking quite likely (at least based on historical averages). 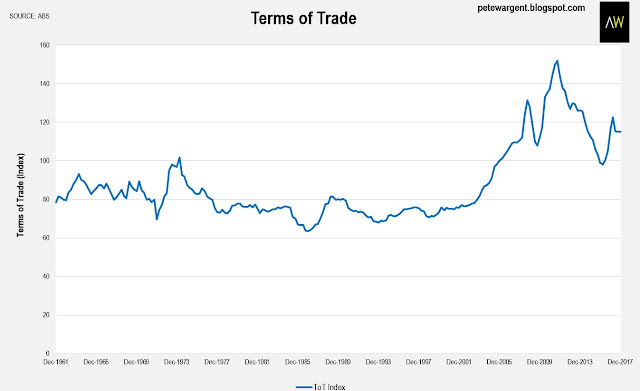 The welcome surge in nominal GDP growth is thus over, pulling back quite sharply to +3.5 per cent by the end of the year. 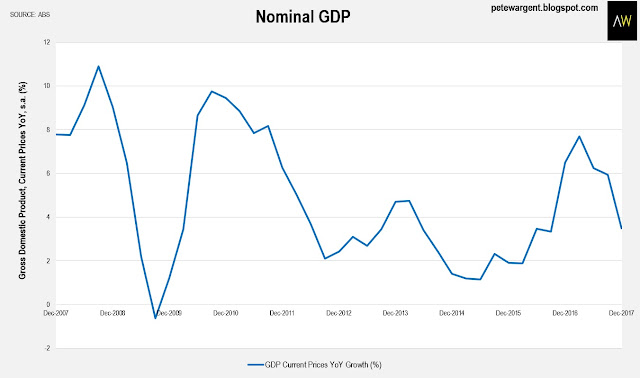 And looking at the various national accounts aggregates reveals that the surge in national income also appears to have run its course for now. 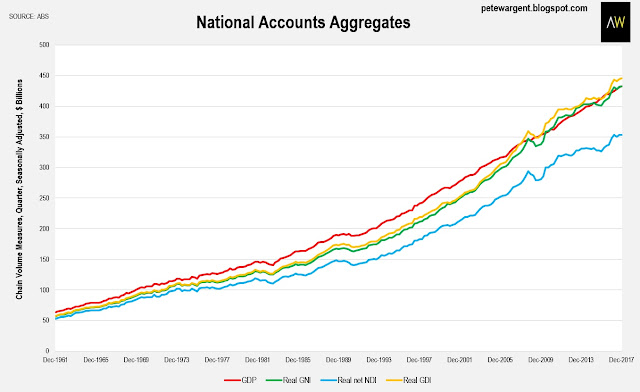 2017 was an amazing year for hiring and employment growth at a net increase of about +400,000 jobs, but there appears to be a risk that this could all start to slow down again in 2018.

The main plus this time around was the robust increase in total compensation of employees - growing by +1.1 per cent to make it a fourth consecutive quarter of solid growth - allowing household consumption (+1.0 per cent) to fuel the economy, at least for this quarter (contributing +0.6ppts to growth).

However, the estimated household saving ratio - a derived figure - is tracking lower than previously reported, now at just +2.7 per cent despite a small quarterly bounce, suggesting that something will have to give if consumption is going to keep driving growth. 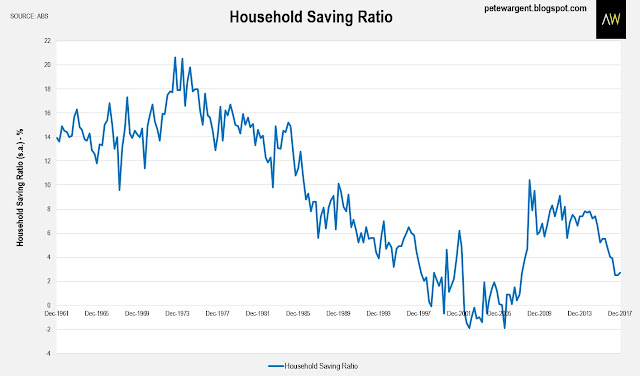 Both the Reserve Bank of Australia and the ABS believe that wages growth is now rising again, but even if that is so the wage price index growth rate is still coming back up from a very low base.

With households switching to principal & interest mortgages, the aggregate interest payable on dwellings has remained very flat - which is helpful for the economy and consumption - but of course more dollars are now being directed to paying down principal, which is not. 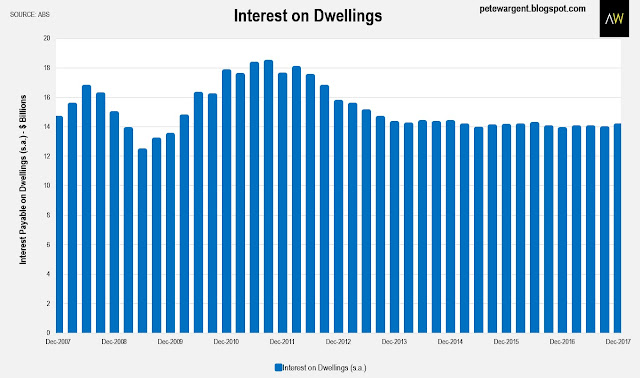 
A year which promised much for the economy, then, came to a rather disappointing end.

Optimists will point to the recent strong jobs growth, business conditions, and confidence, hopefully translating into rising wages growth this year, but since the economy often seems to follow the fortunes of nominal GDP the earlier forecasts for 2018 will probably prove to have been too upbeat.

We've reached something of a stand-off, then, with the Reserve Bank Governor appearing adamant that interest rates must be lowered no further - although officially financial stability risks are deemed to be, quote, "low" - while hundreds of thousands of Aussies are sitting around unemployed (or underemployed).

Hopefully wages growth will pick up sooner rather than later, but it must be said the various evidence from around the world doesn't look all that compelling.

In the words of Frank Sinatra, something's gotta give! 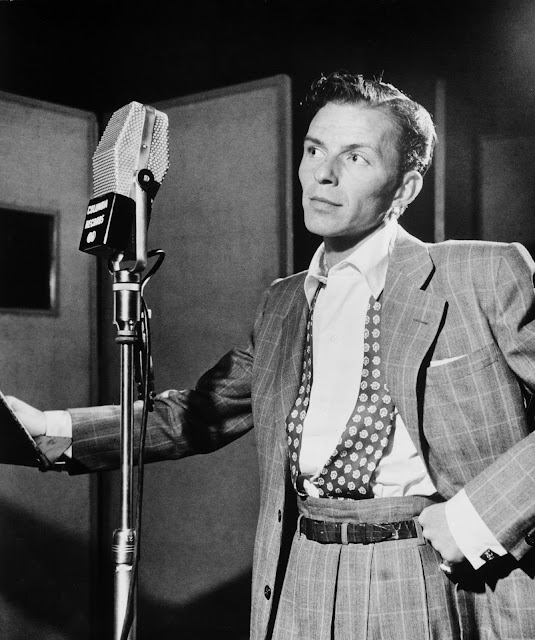