No slowdown in visa issuance

Despite election talk of reducing the permanent intake into Australia, any prospective slowdown has been offset by an increase in temporary visa issuance.

The big drivers have been seen in student visas, bridging visas, and other visitors. 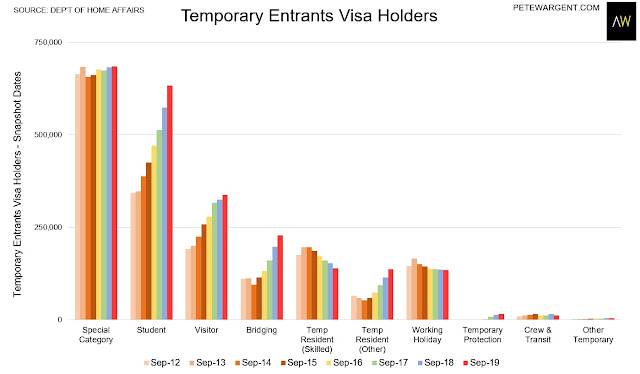 In particular, student visas have exploded into Sydney and Melbourne.

The total number of temporary visas hit a record high 2.3 million in Q3 2019. 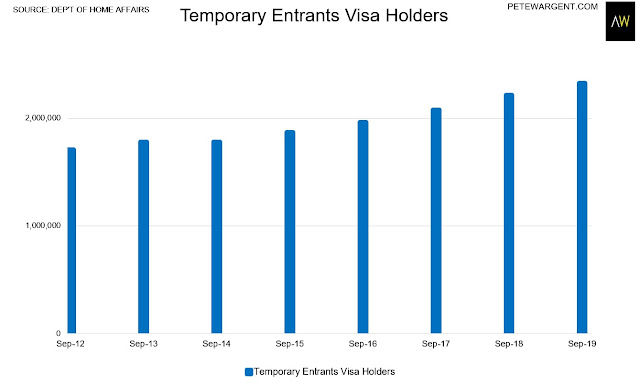 Temporary visas on issue have fairly consistently increased by about 100,000 per annum over the past six years, from 1.7 million in 2013 to a record high of 2.3 million as at September 2019.

This means that population growth, when including temporary and permanent immigration, and the natural population increase (births minus deaths), is running at close to 400,000 per annum.

I recently discussed here that while population growth can drive housing prices, it isn't a precondition for rising prices. 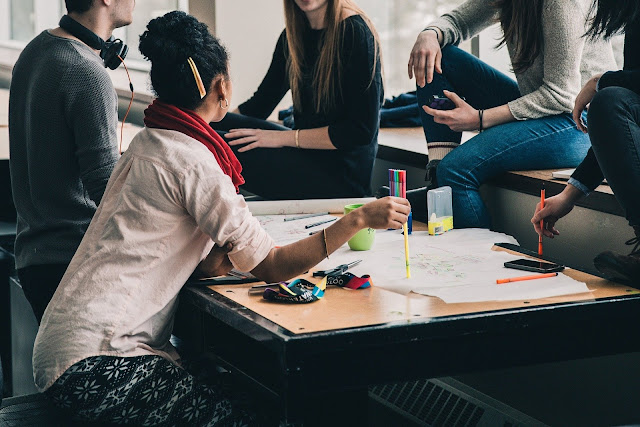