As warning signals go they don't come much clearer than this - it's now an 'earningless' bull market in US stocks.

The S&P PE ratio (white line) is plotted below versus the earnings per share (green): 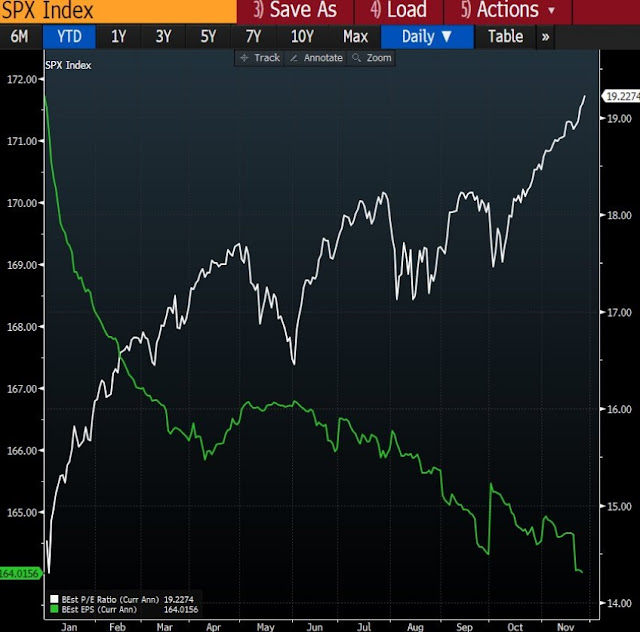 Stocks hit all-time highs this week, and are mainly just running on the hope and expectation of lower interest rates.

It's not too dissimilar here in Australia - our index is largely made up of resources companies (commodity prices have been declining) and banks (under margin pressure and chewing on remediation costs), plus a whole load of growth stocks that don't make any earnings at all.

Not staying late at the party

In late 2006 Colin Nicholson described the indicators of a market near its peak, while noting that he'd likely be derided or laughed at for so doing:

'I would far rather people laughed that I was too early, than I left it too late' he later wrote.

It's a difficult thing to go against the grain when markets are becoming exuberant, and it takes no small amount of patience.

By the time the August 2007 correction played out he was down to just 20 per cent in stocks and 80 per cent in cash.

But then markets powered higher again to a new peak, and continued to rise until my birthday a dozen years ago on 1 November 2007, before finally giving up the ghost and collapsing.

This once again shows that market cycles unfold in endless variations, and you can't possibly hope to time the peaks or troughs accurately down to the week or month, even if you can recognise when markets are expensive.

By the time the end of 2008 rolled around the Aussie stock market had crashed by well over 50 per cent, but still the distress selling phase had not been reached.

In praise of cash

The reason that this awareness of markets cycles is worth noting is twofold.

Firstly, because a percentage decrease in a portfolio hurts your capital a lot more than a percentage increase helps it, as Nicholson's own records show.

While the passive return measured on a geometric basis sunk back to 4½ per cent over 9 years - basically the dividends and not much else - by protecting gains he achieved returns of more than 15 per cent per annum over the same period...despite moving funds out of the market 'too early'. 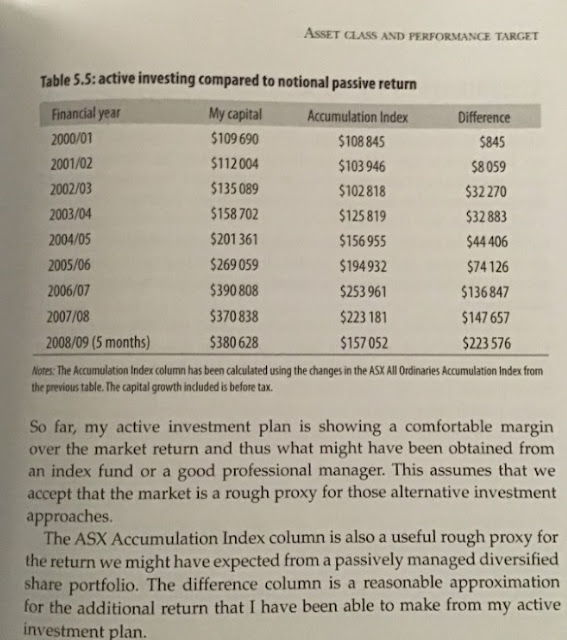 
Note how the outperformance wasn't really about great stock picking, but avoiding losses.

The second point is that having access to cash when markets become cheaper presents golden opportunities to capitalise on stronger expected returns.

Indeed, having cash available at just one such period in your journey can generate a tremendous amount of wealth and set you up for life.

By the way, it's a big old world out there, and you don't have to limit yourself to Australia's stock market, which represents just a couple of per cent of the global market cap.

Another alternative is simply to keep buying come hell or high water, which can also work...provided you don't abandon the strategy when the bear market is unfolding. 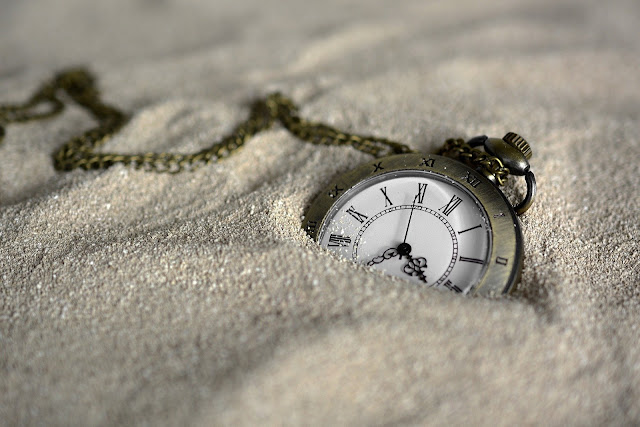