There was a daft Harvard report a little while back which effectively found Australia to be a rich but dumb country, essentially due to its lack of economic complexity (we ranked below Uganda, Morocco, and Senegal, but one place above Pakistan).

Back in the real world, almost every data series in Australia from the dollar to demographics to domestic investment has followed the terms of trade through the resources boom.

Luci Ellis of the Reserve Bank has delivered some excellent speeches on economic rationalism: thank goodness we invested in iron ore mines and not microchips, as Ellis pondered.

And, by the way, have you ever been to any of the mega-projects in Australia?

The technological ingenuity and innovation is often on a mind-boggling scale.

Anyway, annual iron ore exports (FOB) ripped to an unprecedented $92 billion over the year to October 2019, with coal, natural gas, are all at or about record highs in 2019.

It's reasonable to expect a slowdown now after such a storming run. 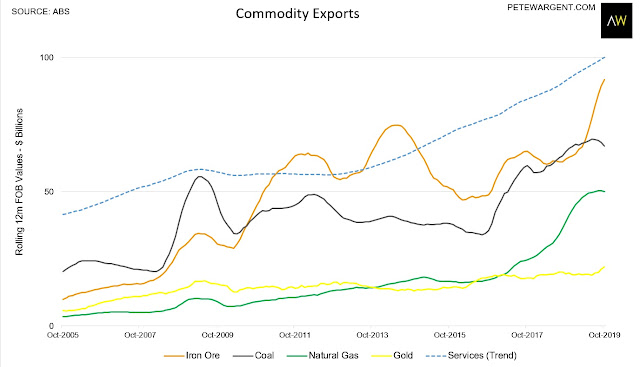 This sent the annual value of total exports up to a record $488 billion, despite a softer monthly result, up by 15 per cent from $427 billion a year earlier. 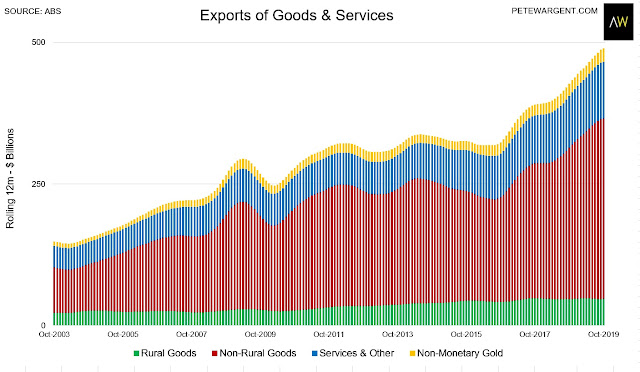 There's been weakness on the imports side, with little appetite for investment in capital goods and services, and this has been reflected in record monthly high trade surpluses (although these too are now paring back as commodity prices soften). 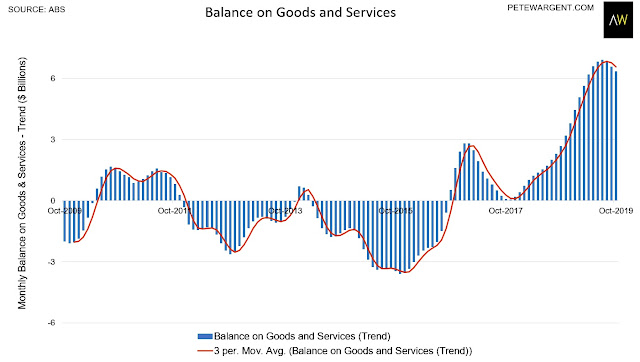 Tourism is continuing to benefit from the lower Aussie dollar. 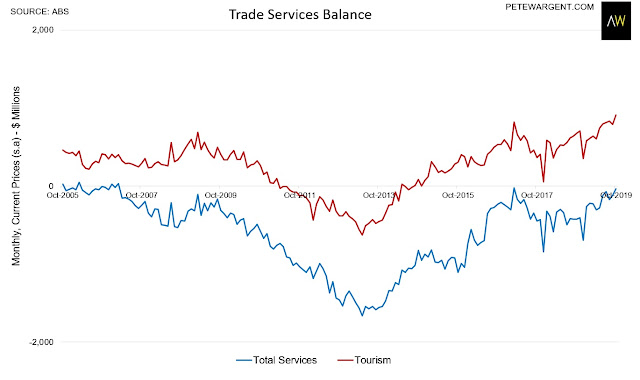 And Western Australia is racking up those iron ore and LNG royalties like there's no tomorrow. 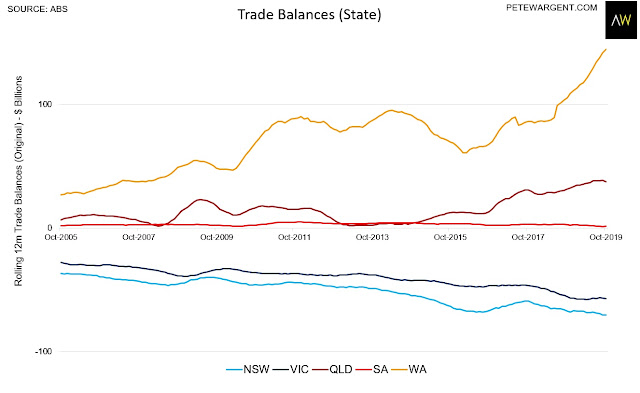 It's been a record run for Australian exports, although commodity prices are now looking set to fall.


But the time has now come to prove the Harvard geeks wrong by ramping up investment in services businesses such as the industrials, financial services, sciences, retail, utilities, and healthcare. 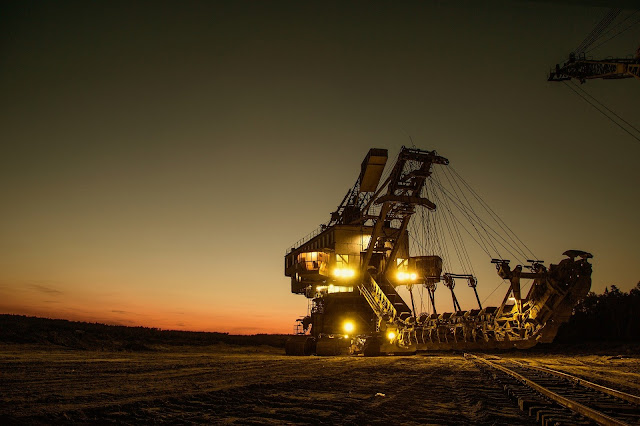