The annual average number of unemployed persons in Australia is falling, albeit very, very slowly. 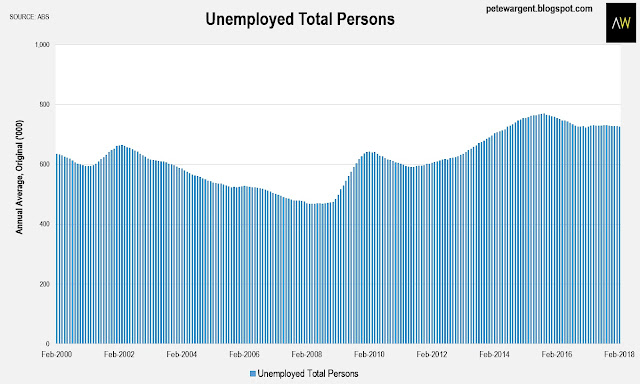 The time it takes to find a job is also improving, very, very slowly. 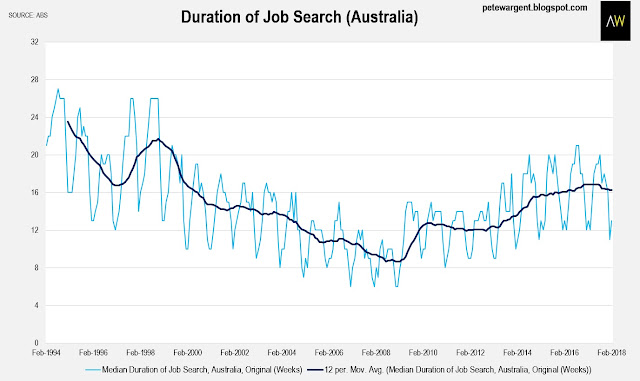 Of the major capital cities only Sydney is really making serious headway in this regard, with its annual unemployment rate now down to just 4½ per cent, having added more than 72,500 jobs over the year to February 2018 on a net basis.

Sydney is also losing some residents upstate and interstate, which is contributing a little to a tightening of its labour market.

A decade ago Sydney's annual average unemployment rate hit just 4.2 per cent, which was the lowest result we've seen on this series. 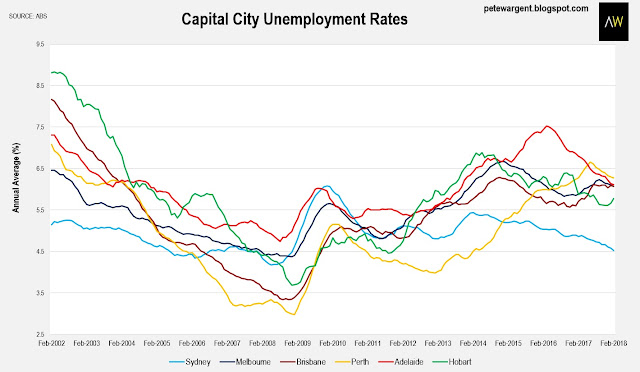 Most of the other major capital cities have unemployment rates hovering around 6 per cent, however.

So although some employers are finding it a bit difficult to source the desired staff, overall there remains plenty of slack in the labour force outside Sydney.

In saying that, it's good to see Queensland employment now getting some traction. 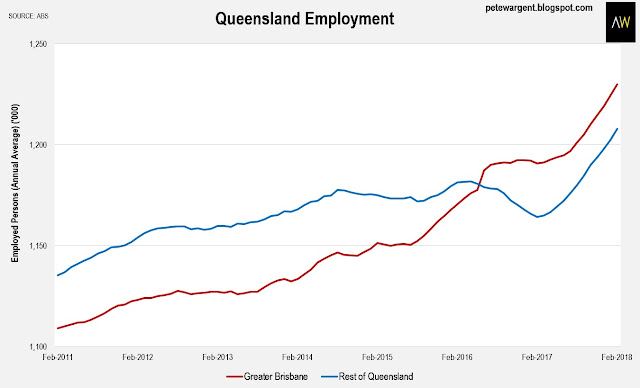 The theme is one of improvement, but at a rather glacial pace. 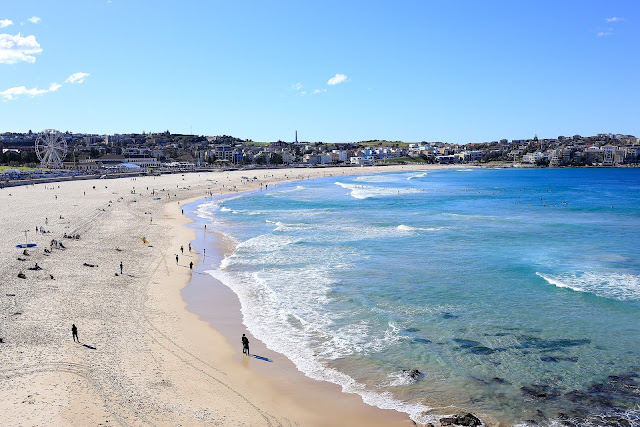