Vacancies down in February

Something I've been flagging for a little while, Adelaide's vacancy rate is steadily tightening, now down to 1.4 per cent in February 2018, according to SQM Research's latest figures.

Vacancy rates ticked down in Brisbane, Perth, and Canberra during the month, as seasonally higher January vacancies were filled.

Sydney's vacancy rate was flat over the month at 2.3 per cent, but notably higher than the 1.8 per cent seen a year earlier, as a high number of apartment completions hits the market.

Melbourne's rapid population growth continues to overwhelm near-record levels of construction, with the vacancy rate dropping from 1.8 per cent to just 1.4 per cent in February.

Although Hobart's vacancy rate ticked higher to 0.5 per cent, it remains by some margin the tightest rental market for now, and here too median asking rents were seen to be rising.

Canberra's rental market is also tight, with a vacancy rate of just 0.8 per cent recorded in the month, as workers returned to the nation's capital.

Smoothing the figures on a 6mMA basis, although not accounting for the Christmas seasonal impacts, gives an interesting picture of the trends by capital city through this record construction boom. 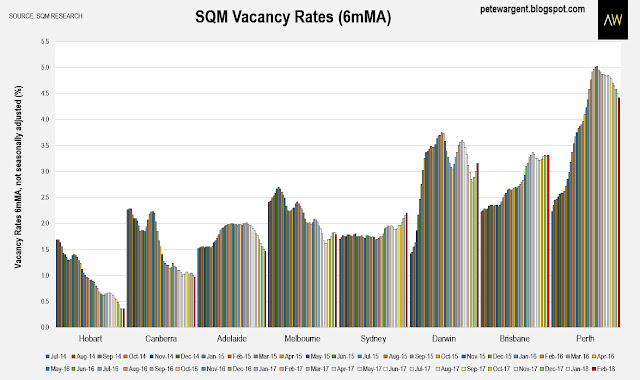 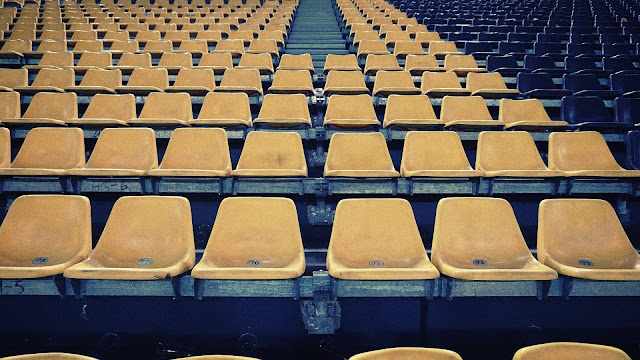