Arrears up in January

Quite a significant jump this year, then, though mortgage arrears do always rise quite sharply in the month of January because of the summer break.

Looking at the trend for January arrears over the past 23 years shows that delinquencies are only fractionally higher than a year earlier. 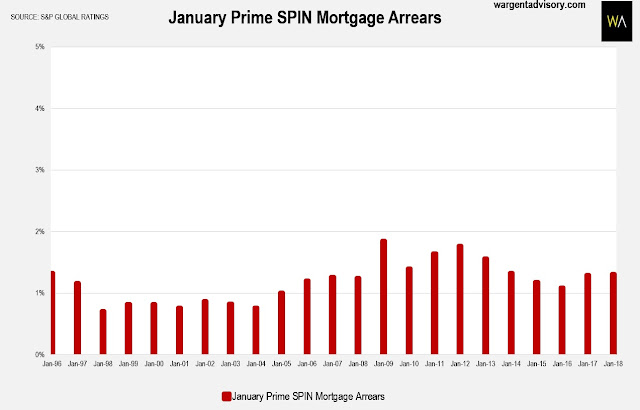 Arrears were lower than a year earlier in New South Wales at just 0.98 per cent - they were even lower in the ACT at only 0.80 per cent - and also declined over the year in South Australia and Tasmania to 1.47 per cent and 1.36 per cent respectively.

The seasonal January jump was most notable in Western Australia (2.44 per cent) and the Northern Territory (2.25 per cent). 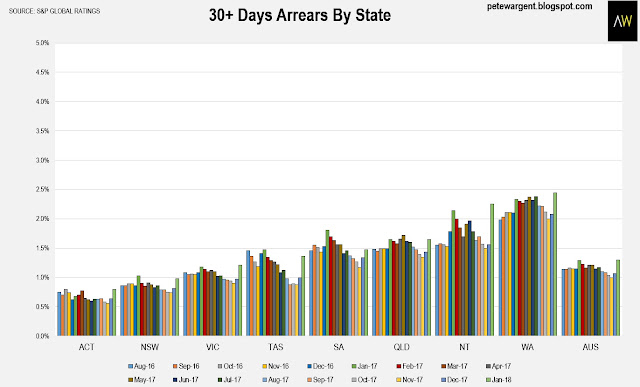 Resources-rich Western Australia had a remarkable run through the mining boom, but arrears hit their highest ever level on this series.

S&P reported that 'improving employment conditions will keep arrears low', but noted that rate rises could cause stress for some borrowers, while at the margin the switch from interest-only repayments to paying down principal could hurt some less prudent borrowers. 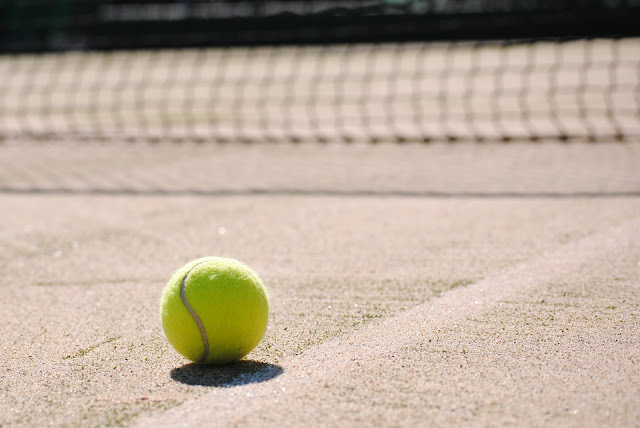