In per capita terms, however, the economy doesn't appear to be growing much faster than stall speed, despite some optimistic forecasts. 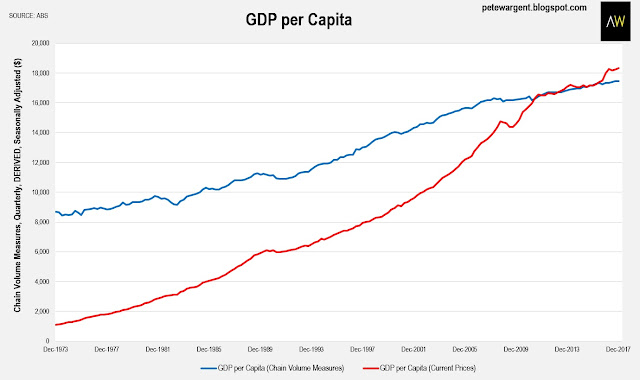 One of the main drivers of growth in 2017 was the healthcare and social assistance industry which grew by +6.4 per cent, driven by both public and private healthcare.

A long-running theme of this blog - and my books - this sector has never accounted for a greater share of the Aussie economy. 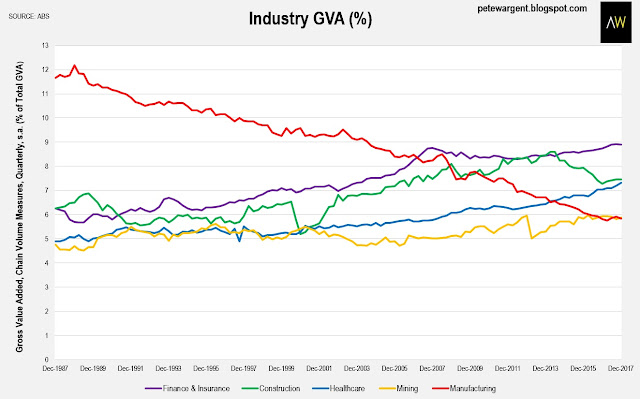 On the other hand, agriculture, forestry, and fishing contracted for three consecutive quarters.

Manufacturing contracted in the final quarter of the year on a gross value add basis, which was probably not that much of a surprise given changes to the auto industry.

Nobody seems to seriously believe that the economy is primed for higher interest rates.

Indeed, NAB and ANZ have joined the other major banks Commonwealth and Westpac in unleashing a suite of mortgage rate cuts of up to 50 basis points for their fixed rate product offerings.

The new mortgage rates available differ depending on the borrower and loan type, but generally range from about 4 per cent for fixed rate home loans (principal & interest) to a bit higher for investor loans.

Westpac has also revealed a range of substantial discounts on investor loans of up to 105 basis points. 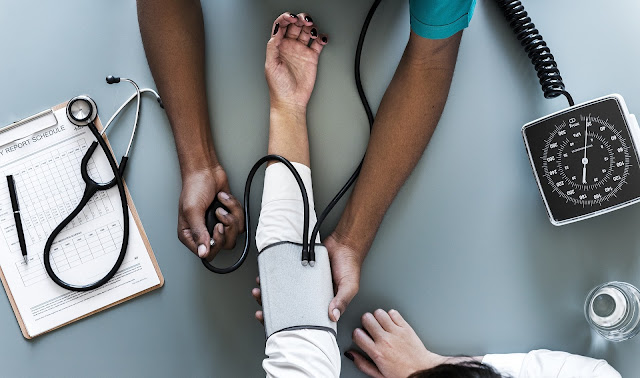