Dwelling prices increased by +1 per cent in the final quarter of 2017, to be +5 per cent higher over the calendar year.

This is a slower pace of growth than the +7.7 per cent increase reported for calendar year 2016. 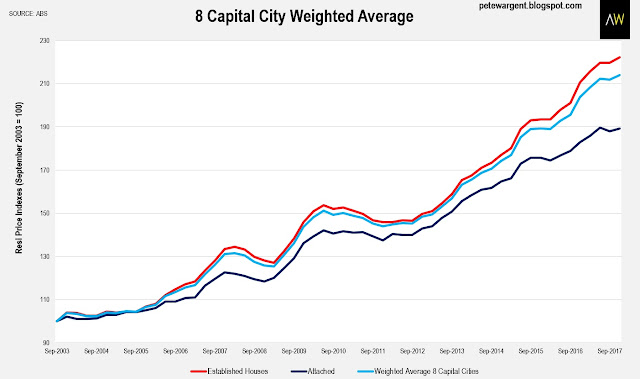 Darwin prices fell -6.3 per cent in 2017, with the declines continuing throughout the year.

The Tasmanian capital is small city with a population of under 225,000 and building approvals kicked off 2018 by rising to the highest level since 2011, but new supply takes time to be delivered and the housing market remains very tight. 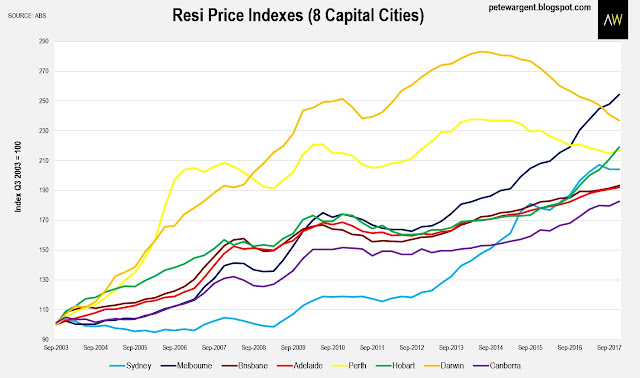 Sydney house prices declined very marginally for houses in the fourth quarter, while the attached dwelling price index was flat, leaving the city's index down -0.1 per cent for the quarter (though up +3.8 per cent for the year). 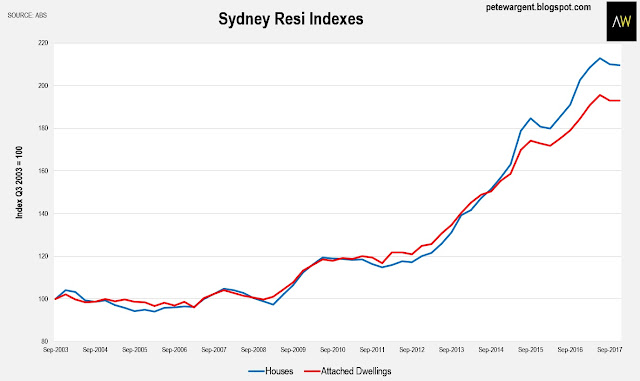 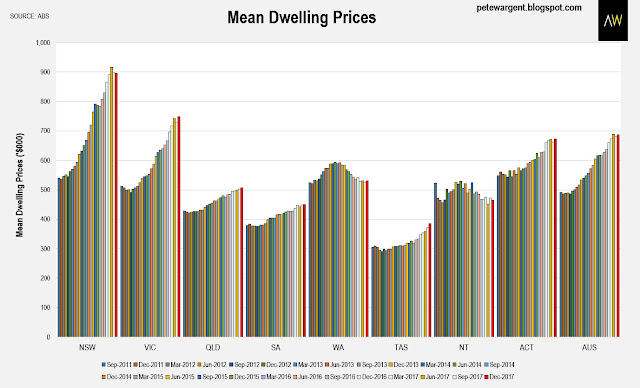 
The number of dwellings in Australia officially passed 10 million for the first time at the back end of 2017.

The statistics show that Western Australia continued to expand its dwelling stock at a rate anticipating demand ahead of what transpired, accounting for the stock overhang (although this is now correcting itself and prices are rising again). 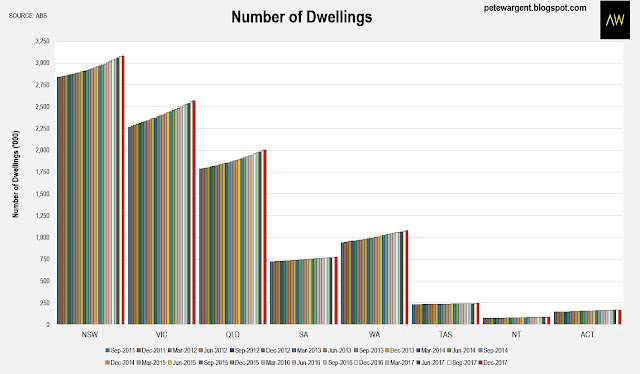 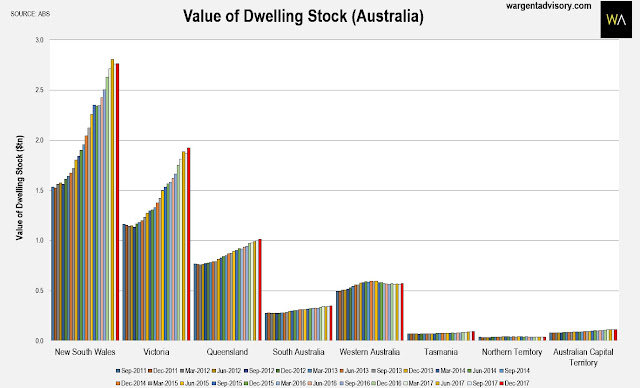 And this puts the dwelling price to GDP ratio at ~4x. 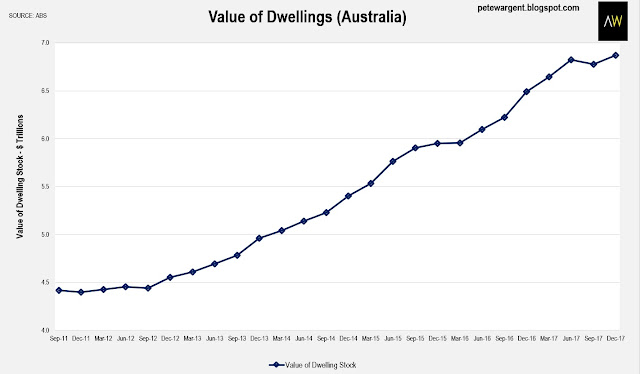 The latest numbers reported for quarter dwelling transfers are, as ever, preliminary (and therefore meaningless).

More in-depth analysis of the outlook for 2018 to follow as always, in our monthly subscription reports. 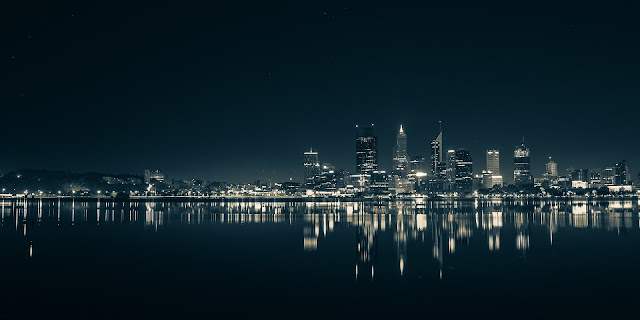