The Department of Home Affairs released its latest pivot tables on temporary visas holders in Australia (with thanks to Henry Sherrell for highlighting).

While the December quarter numbers tend to swing sharply higher due to fireworks on the harbour and all that jazz - to well above 2.2 million last year - the September figures make for interesting reading.

The stock data shows that temporary visa holders in Australia rose to 2.07 million by September 2017, well up from 1.96 million a year earlier and some 23 per cent higher than as at September 2012.

That represents an extra 382,000 temporary visa holders in Australia from 5 years ago.

There's no doubting the source of the boom, being the 50 per cent boost in student visas over the past half decade to well over ½ million. 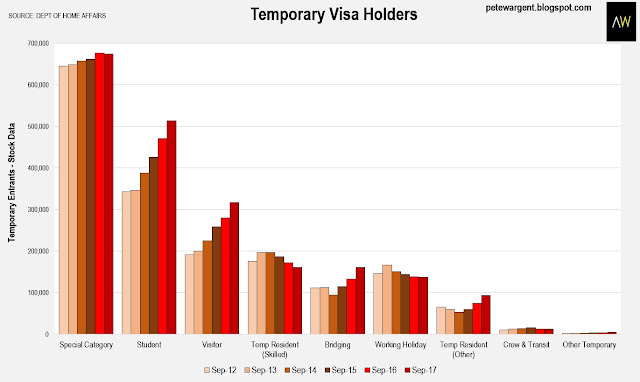 Also of interest to note: the number of bridging visas is now rising fast, implying a surge in the demand for permanent residency (PR) visa places from temporary visa holders.

These trends help to explain why the population of the largest capital cities has effectively been growing much more quickly than implied by the issuance of PR visas alone. 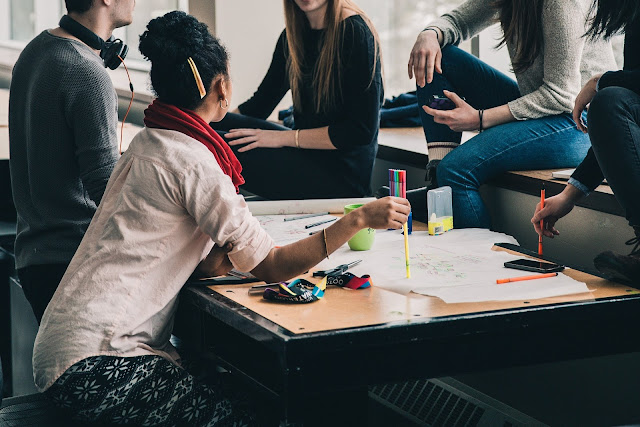