Retail in the wars

Amazon could prove to be the mortgaged homeowner's best friend over the next few years.

From 2018 forth, the impact of Amazon's arrival in Australia is included in the retail survey results and outlook, and the result looks set to be retail price deflation.

Although retail volumes were up solidly enough in the fourth quarter, retail prices have been exceptionally weak.

Indeed, over the past 8 months retail turnover is now just +0.8 per cent higher, even with a bit of a mad frenzy in November due to Black Friday and the i-Phone X release. 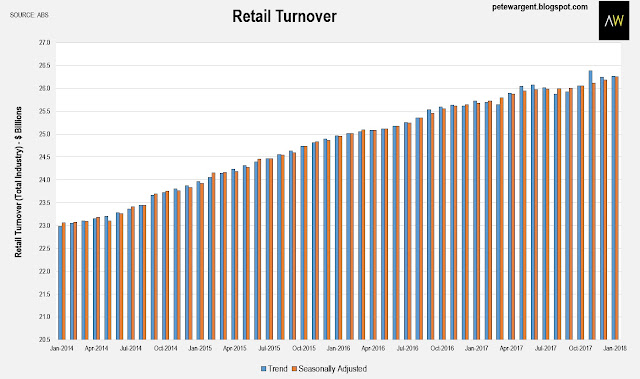 Retail turnover growth over the year is now just +2.1 per cent. 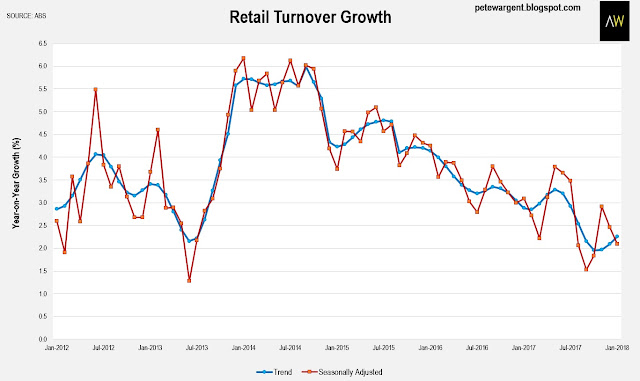 At the industry level department stores are getting undercut, with signs of more price discounting everywhere you look. 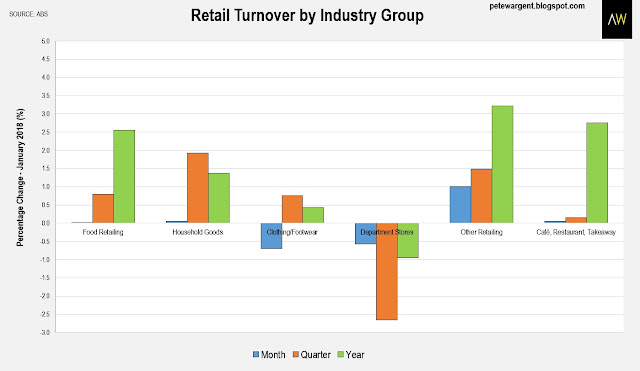 At the state level Queensland recorded the strongest monthly growth at +0.4 per cent, with the Northern Territory and South Australia in negative territory at -0.6 per cent.

Conditions up in Darwin look to be recessionary, but in fact there isn't much to write home about anywhere in these results. 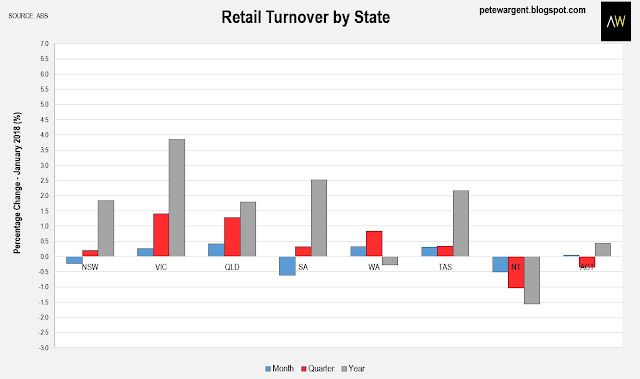 Overall, these are lacklustre figures almost all across the country and in every industry group.

The Reserve Bank kept rates on hold today at 1.50 per cent, but notably removed the line about growth returning to above 3 per cent this year.

We'll know a bit more about how the economy has been tracking when the national accounts are released tomorrow, but if the result is relatively meagre as expected, any residual calls for interest rates to be moved higher will presumably be drowned out.

This looks to be a structural change for retail, rather than a transient phase.

Online retail turnover accounted for 4.7 per cent of turnover in the month of January, while just a year earlier the figure was only 3.6 per cent.

The ABS began to report online turnover as a feature of its media releases a few years ago as it became increasingly significant.

In January 2015 online retail accounted for just 2.8 per cent of turnover, so the growth has been notable. 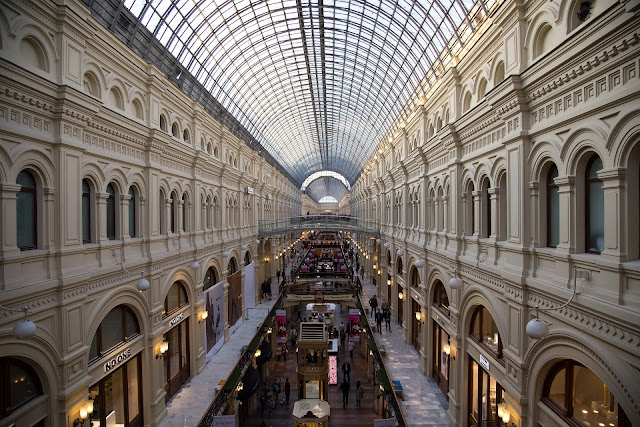