Commodity prices, so important for Australia's economy, have been on a favourable run in recent years.

And that's helped company profits rise to a record $322 billion in 2017, some +20 per cent higher than a year earlier.

Mining profits soared by +40 per cent last year to $109 billion. 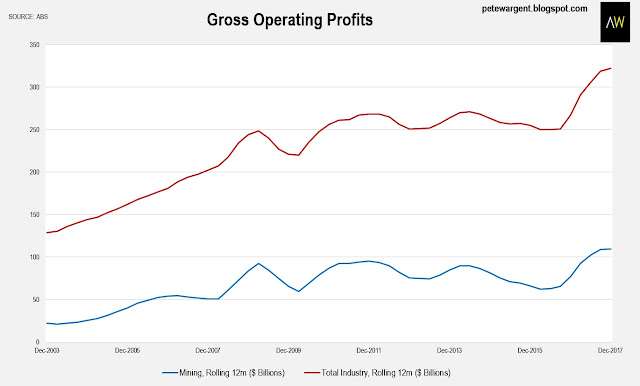 The Australian Bureau of Statistics (ABS) releases as part of its Business Indicators figures a summary of the total amount spent on wages and salaries across industries.

This is different from the wage price index, which measures how wages have risen for individuals.

The data showed wages and salaries up solidly for a third consecutive quarter, this time by a seasonally adjusted +1.2 per cent.

2017 was a great year for hiring and total wages and salaries were up +4.3 per cent, the most upbeat result for the wage bill in 5 years. 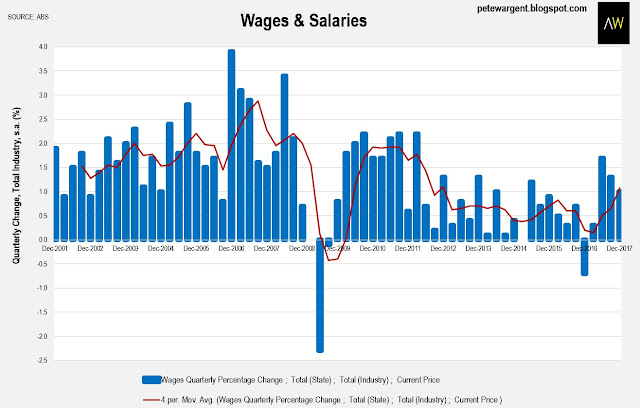 Some time ago the total stock of household debt was revised up by the Reserve Bank of Australia (RBA), leading to increased concerns about household behaviour.

Some of that increase was reversed this week when an error was discovered in the figures, leading household debt to be revised down by 6 per cent to 188.4 per cent of household disposable income (as reported by Martin North at Digital Finance Analytics).

Arguably the trajectory is the more important factor to watch, and there was a small increase in the September 2017 quarter from 187.9 per cent at the end of the 2017 financial year. 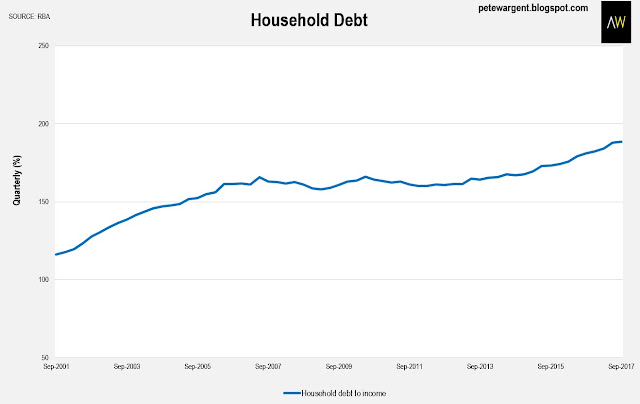 Net of deposits and offset accounts household debt may not be much changed over the past decade, but nevertheless this measure is being watched closely by the RBA, the central bank not wanting to see this ratio rise further.

If the debt to disposable income ratio is to decline as desired, a few things might need to happen, including more repayment of debt (via switching from interest-only loans to principal-and-interest products), slower credit growth to households, and faster wages growth (to increase the income part of the ratio).

All three of these factors are now gradually working together to arrest the rise in household debt, though it's hard to predict how the various inputs will progress in 2018.

Finally, elsewhere it was reported that new motor vehicle sales rose to the highest level on record in the year to February 2018, at 1.2 million, with some 96,000 units in the month of February alone for  strong annual increase.

However, auto production ceased in Australia in 2017. 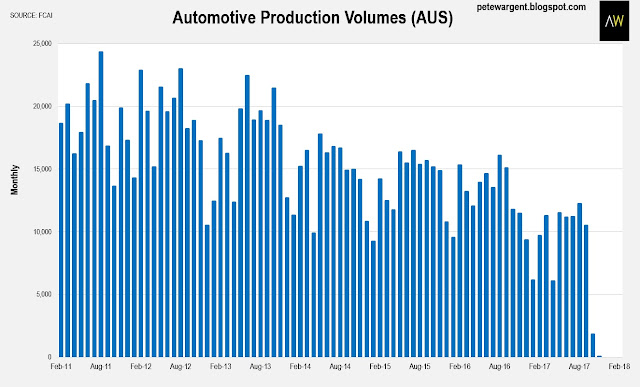 And this will have some impact on the trade numbers via imports, as well as on local employment and supply chains in South Australia and Victoria.

The figures do show how Australia's economy and wages tend to follow the fortunes of commodity prices, however, and there are already a few signs that the iron ore price might be heading south again.