Employment increased by an estimated +17,500 in February to 12,480,500, with a huge swing back to full time jobs in this month's figures reported by the ABS.

That makes it 17 consecutive gains for employment, a record stretch, with surveys elsewhere now putting business conditions at record highs.

With estimates recently rebased this takes the annual growth in employment up to an astronomical +3.5 per cent or +420,700.

That's the highest jobs growth in Australia's history - the equivalent of 1,150 jobs per day for an entire year - and looking through the monthly noise, 78 per cent of those jobs were full time. 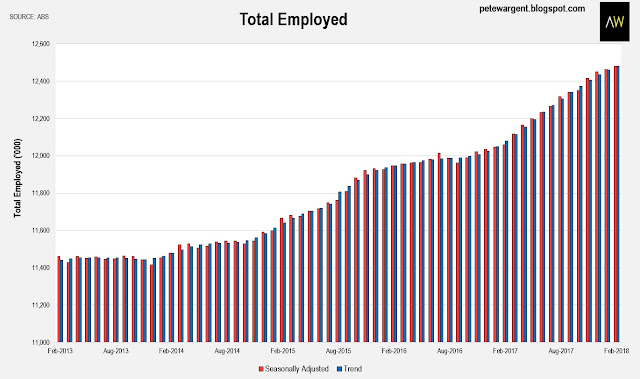 New South Wales again the led the way with a monthly gain of +28,400 to total employment.

Annual jobs growth in New South Wales was out of this world at +166,200, showing that there's plenty of life in the old Sydney dog yet.

The trend in employment growth was also exceptionally strong in the ACT (+4.7 per cent) and Queensland (+4.6 per cent). 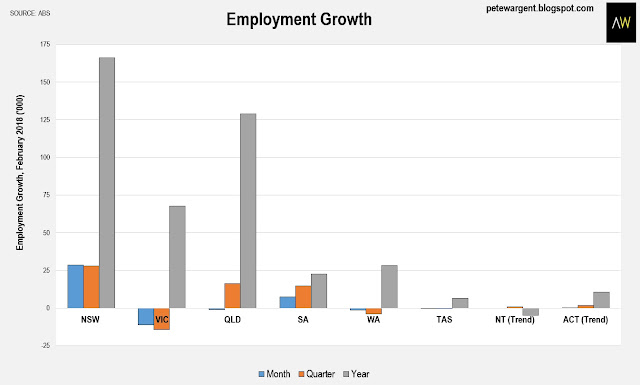 The other main shift of note has been the move to record levels of female participation in the workforce, sending the participation rate up to its highest ever level at 65.7 per cent.

The unemployment rate ticked up a notch to 5.6 per cent, so plenty of slack remains as population growth picks up again. 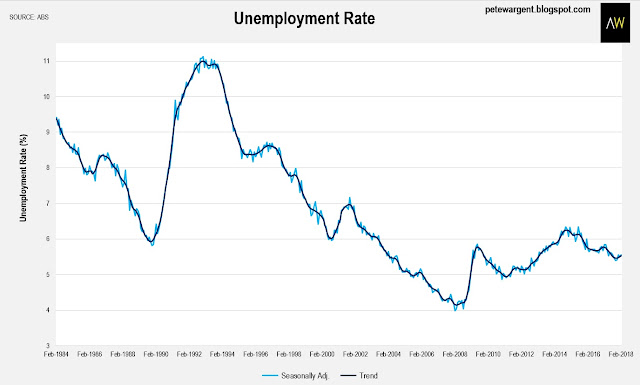 The unemployment rate in New South Wales dropped down to just 4.8 per cent again in the month in seasonally adjusted terms, although the trendline suggests that might be as low as we go for now.

The most improved award by far goes to Tasmania on this measure. 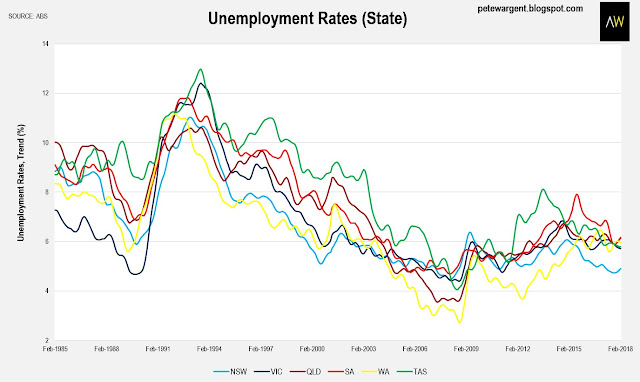 Finally, and arguably the weakest part of the release, the trend annual growth in hours worked ticked down to +2.7 per cent, lagging the increase in employment. 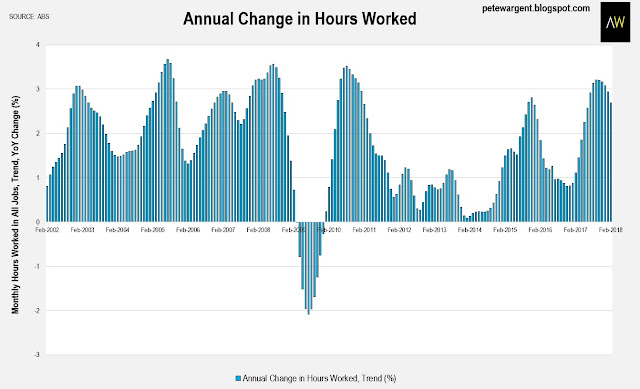 
Overall, a strong cyclical lift in participation and red hot employment growth, but even this rate of jobs growth still has a lot of heavy lifting to do to see the slack taken up. 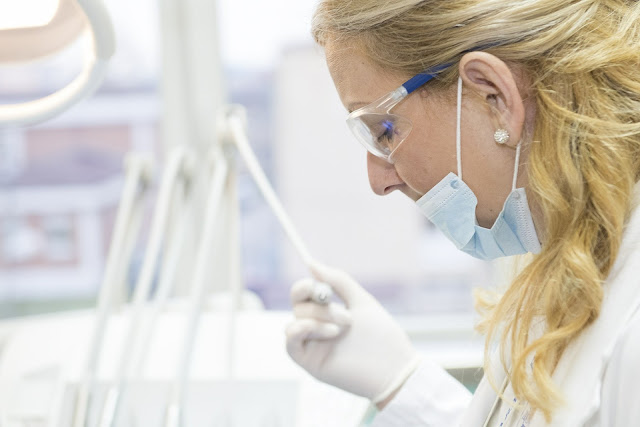