A somewhat disappointing CapEx result for the second quarter of calendar year 2018, with total new investment declining by 2.5 per cent in seasonally adjusted terms to $29.1 billion.

The services sector is really firing in some parts of the country, though - it's mainly a capital cities phenomenon - driven by a tremendous 12 per cent year-on-year lift in New South Wales in trend terms to a record quarterly high for the state of $8 billion.

There were also very positive results reported for the ACT, South Australia, and Tasmania.

Unfortunately in Q2 this was more than offset by the ongoing decline of investment in the resources jurisdictions of Western Australia and the Northern Territory.

Trend quarterly investment in Western Australia now sits some 62 per cent below its peak of 6 years ago, albeit now being close to bottoming out. 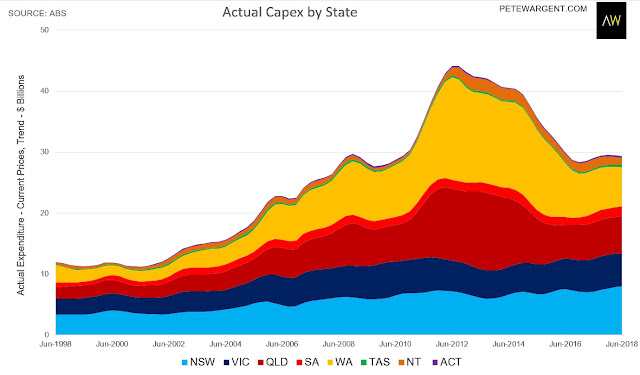 It's interesting to consider that while mining investment continues to retrace, investment in the services sector is at the highest level on record, with the annual rate of growth surging to a 6½ year high. 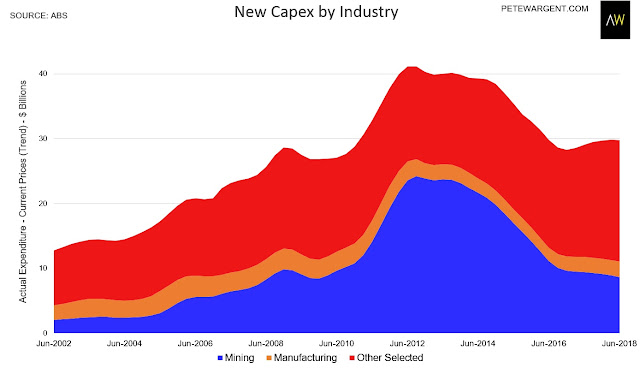 While the headline result was a bit disappointing, the CapEx plans suggested that the outlook isn't too bad.

Mining investment is bottoming out - at long, long last - while manufacturing and services investment is expected to continue rising (strongly so in the case of the services sector).

The third estimate for total capital expenditure in 2018/19 came in at about $102 billion, up by 16 per cent from the second estimate as plans firmed.

On these figures Greater Sydney could see its unemployment rate falling to below 4 per cent soon enough, surely the kind of numbers to create some upwards wages pressure.

Mining investment is still expected to fall lower in the next financial year, but not by much. 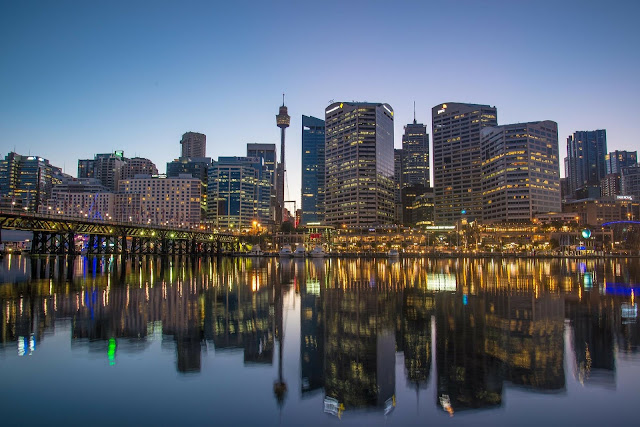