Rate hikes are NOT on the cards

One of the easier trades you'll ever come across, with inflation missing market expectations yet gain.

Rate hikes never were on the cards any time soon - as well documented here often enough - but that's even more obvious now with inflation missing (yet again!).

Both of the core measures came in at just +0.4 per cent for the December quarter.

While underlying inflation rate ticked up to +1.9 per cent, the 6-month annualised pace is incredibly weak at just +1.6 per cent.

Inflation has now missed the 2-3 per cent target on the downside for 9 consecutive quarters, and the pulse looks to have weakened again. 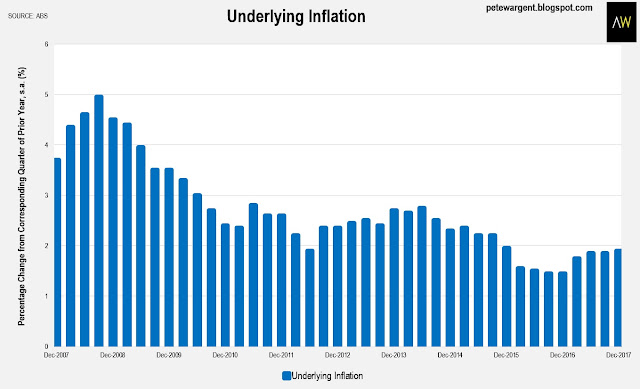 Tradables prices picked up a bit in the December quarter, but were negative over the year. 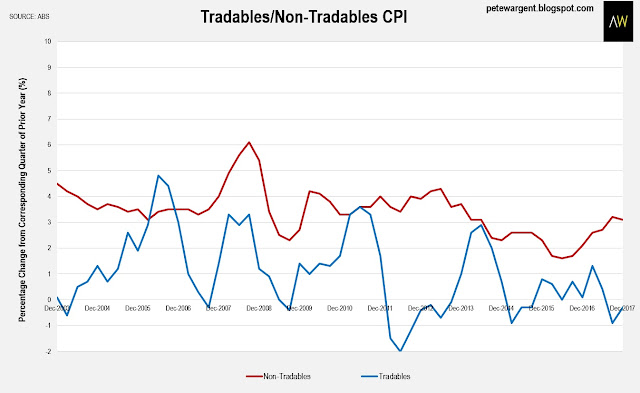 The headline result of +0.6 per cent for the quarter and +1.9 per cent for the year was pumped by a jump in fuel and fruit prices (someone needs to look up whether avocados and capsicums are fruits or vegetables, I have no idea).

Overall, though, this was once again very weak underlying inflation, though importantly the result was not under the Reserve Bank's forecast for the end of the year.

So that basically means that interest rates will be left on hold for a record length of time, barring a shock of some kind.

Rents off the mat

Rents were negative in the December quarter in Brisbane, while in Perth rents are some 16 per cent below their peak. 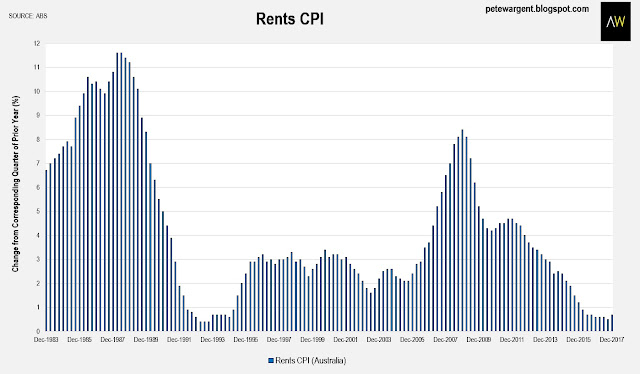 Sydney rents (+52 per cent) have doubled the of inflation (+27 per cent) over the past decade. 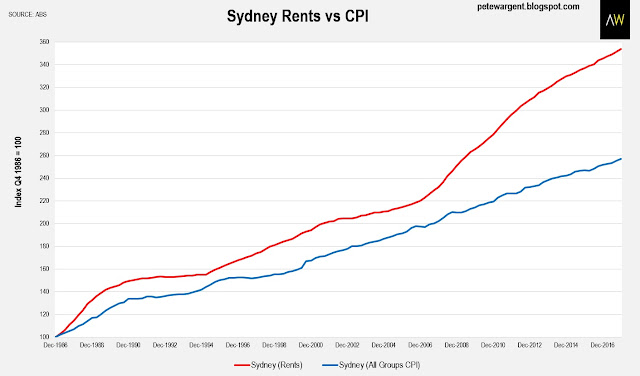 The Reserve Bank's models already seemed to suggest that underlying inflation wouldn't get back to the mid-point of the target range at 2.5 per cent for years to come (possibly about 4 years!).

And now this result has missed market expectations too, for the fifth consecutive quarter.

The main takeaway is all the talk of imminent rate hikes was little more than wishful thinking.

Indeed, given the Reserve Bank's stated mandate, logically either the next move in rates should be down or the economy should returning to full employment.

Either way, there was little to fear in these numbers for mortgagees and housing market fanatics. 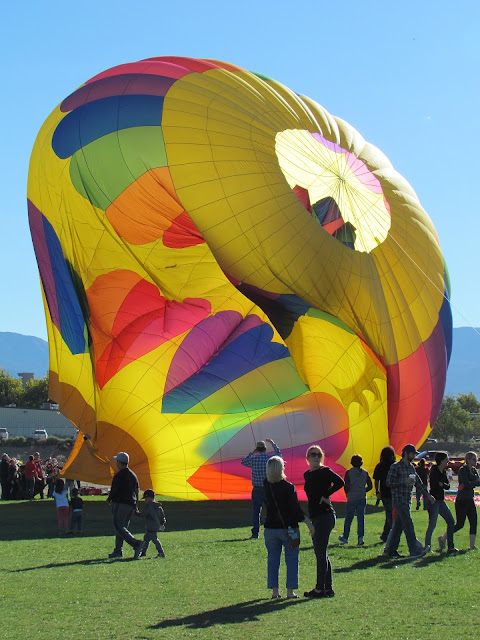