The major lenders have lost market share this year, but the non-banks and alternative lenders have generally picked up the slack, leaving lodgement volumes relatively flat over the year.

Over the 2017 calendar year the average mortgage size written by AFG brokers increased by a relatively moderate +2.8 per cent.

In New South Wales the average mortgage size was higher still at $613,084, having increased by $10,662 over the year, these mainly being capital city loans written to aspirational buyers.

There were also +3.4 per cent increases in Queensland and South Australia respectively. 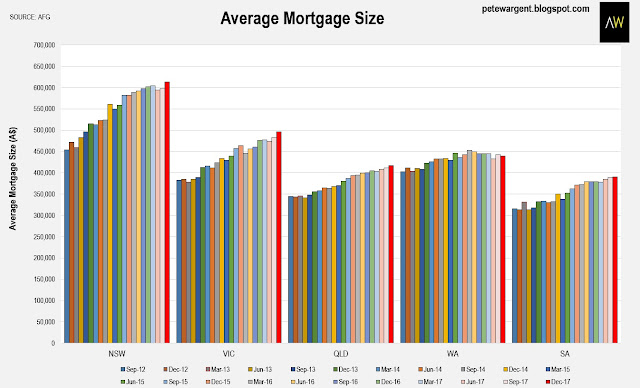 Reflecting challenges in the local economy, the average mortgage size in Western Australia declined by -1.1 per cent to $439,944.

The average loan size in the Northern Territory increased, but volumes are so small that there is no meaningful trend to be found in the numbers.

The most notable trend of all was the smashing of interest-only loans, down from a sky-high 58 per cent (!) at the peak of the market to just 16 per cent for the past two quarters, implying that APRA will likely again report a figure of around 20 per cent or less next quarter.

Whether the regulatory foot is taken off the interest-only throat in 2018 remains to be seen (for example, Westpac have been offering some deeply discounted rates on certain interest-only investor loans in recent weeks), but for now IO lending is hard to come by. 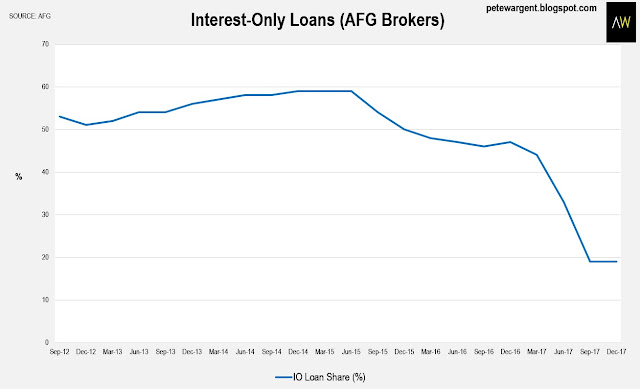 This is one of the salient challenges or risks facing Australia's economy and housing market through this year and beyond, as more and more interest-only loans cannot be rolled over and are reset.

As such, we're selling a special report on the "P&I cliff" and interest-only reset for funds and institutional investors. 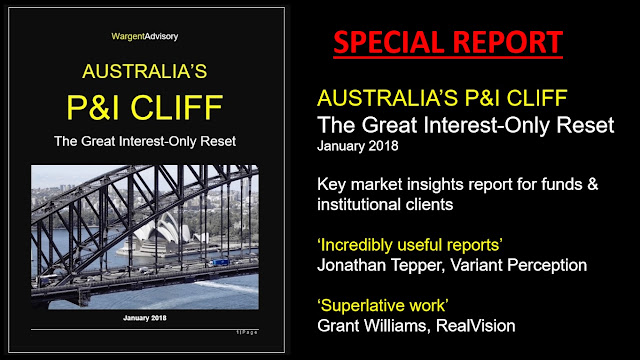