Well, it was a strong result for housing finance overall, with total commitments rising by +2.3 per cent to above $33.5 billion in seasonally adjusted terms.

Investor loans were up +1.5 per cent in the month to $12.2 billion, but remain in a medium-term downtrend.

In original terms the total finance for all dwellings was above $37 billion only for the second time ever.

At the state level, Victoria had the strongest trend in homebuyer commitments.

Rather than look through every number in tedious detail, let's take just a quick look at two trends in particular.

Firstly, homebuyers financed more new dwellings in November than in any month since 1978 as the new stock is absorbed domestically. 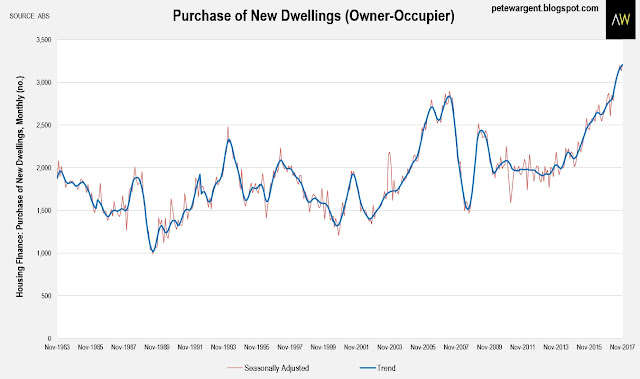 And secondly, as expected, the number of first homebuyers continued to surge up to 11,091, to sit at comfortably the highest level since the financial crisis stimulus.

There has been a 60 per cent increase in activity in this cohort since concessionary measures were introduced in July 2017.

Indeed, if you add in first-time investors, it's possible (if not likely) that first time buyer activity is now tracking at above historic averages. 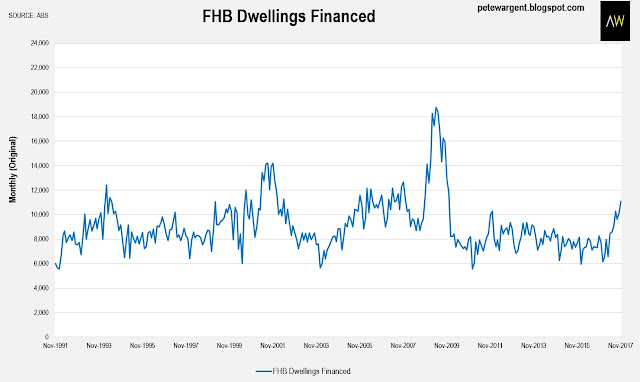 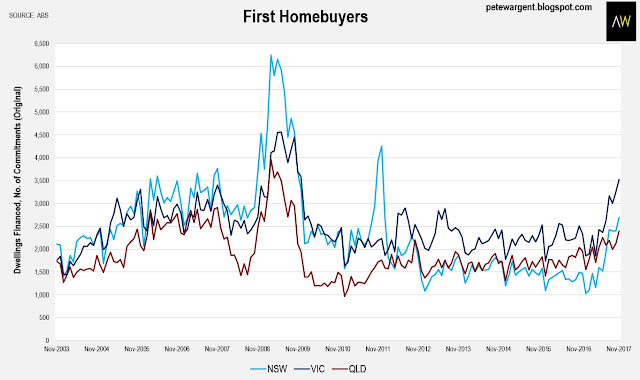 While all this has been happening, the average loan size for first homebuyers has stalled over the past year.

However, the average loan size for non-first homebuyers surged to $402,500 in November 2017, comfortably the highest monthly figure on record.

The monthly result may prove to be a bit of an anomaly, but the trend is clearly up, perhaps representing the first signs of the latest round of macroprudential effects wearing off. 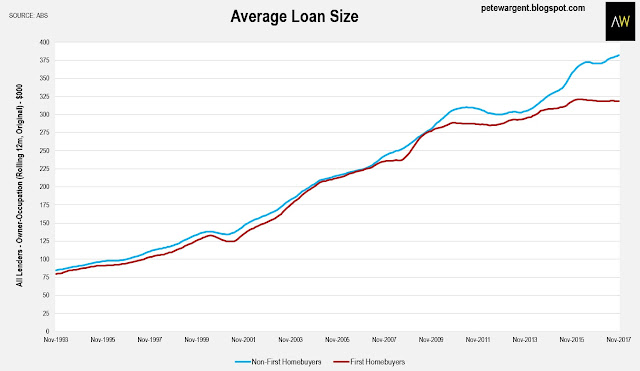 Overall, this was a very solid result which comfortably beat expectations, generally pointing to a solid start for housing in 2018.

That said, there will be some risks in the new dwelling sector, as a flood of supply hits the market, particularly in parts of Sydney. 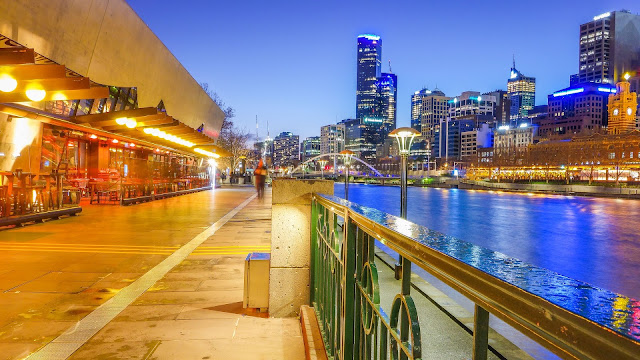