Oops! Well, economists had expected a solid trade surplus of $0.6 billion for November...in the event they got the $0.6 billion part right, unfortunately they forgot the minus symbol!

There were also some hefty adverse revisions to earlier results, so alas the record rolling annual trade surplus is no more... 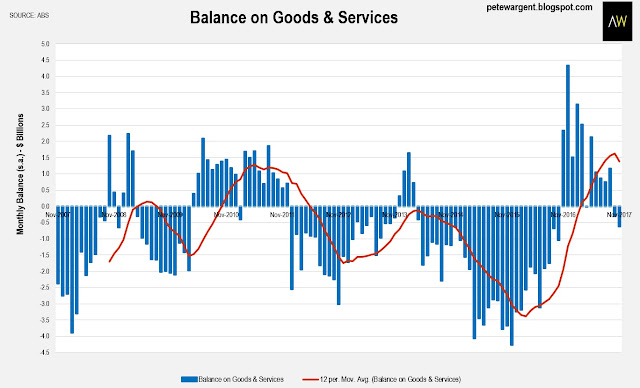 Exports generally held up well, being up by +0.4 per cent, although there was a negative contribution the ever-volatile gold export figures, together with a bit of temporary disruption to coal volumes shipped.

Bulk commodity prices have been a very strong run since October, so there isn't really too much to worry about here. 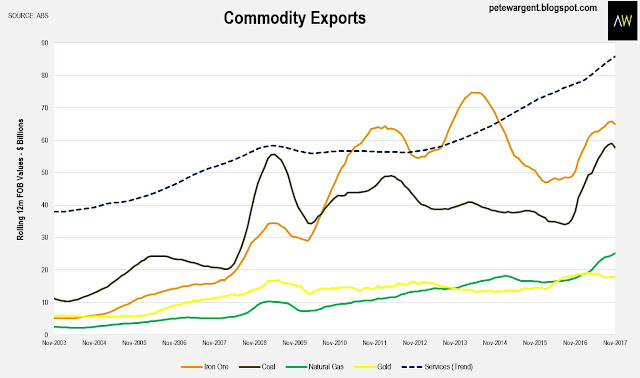 The other more striking reason for the monthly deficit was an enormous surge in imports to New South Wales from China, helping total imports to surge +1.5 per cent to their highest ever level for a single month at $32.5 billion.

This isn't all bad news, then, relating to a strong uplift demand for consumer goods, and plant & equipment.

With coal and LNG prices performing strongly, Queensland is set to record some hefty trade surpluses in 2018. 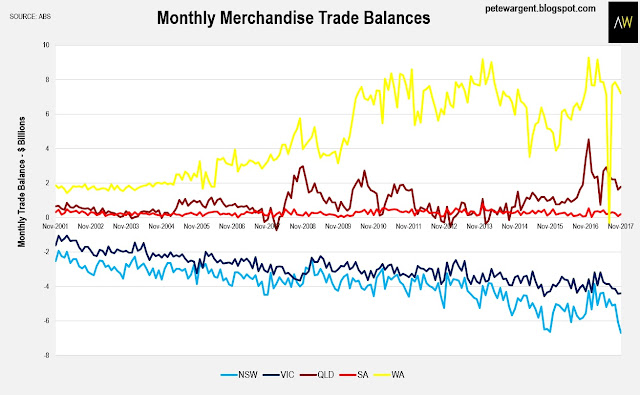 Finally, the recovery in trade services appears to have lost just a bit of its sheen, the recent strength in the Aussie dollar being unlikely to help much here in early 2018. 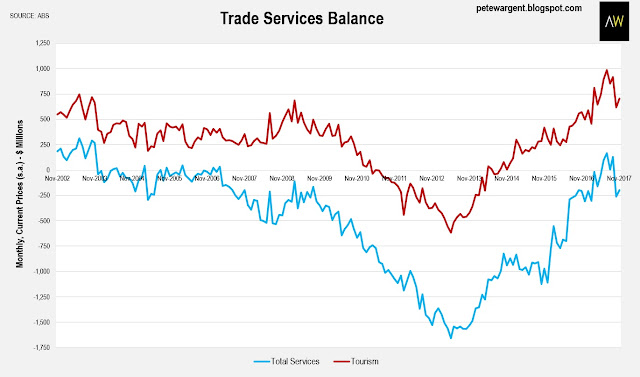 Trade deficits are back, then, at least for the time being.

With auto manufacturing drying up in Australia, it wouldn't be a surprise to see imports rising further in the year ahead.

Overall, though, in spite of the trade deficit there were plenty of positives to take from this, not least the strength of demand in Sydney, with the rising consumer & capital goods imports fitting the broader narrative of an improving economy. 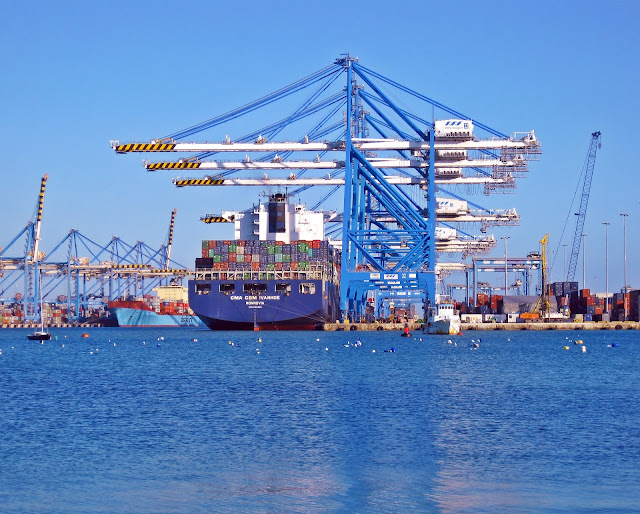