Greater Sydney has been creating thousands of new jobs per month in recent times, and the harbour city's unemployment rate has generally been trending down now for the past 44 months, now hitting an annual average of just 4.65 per cent.

Brisbane also recorded a neat fall in the month, but seems to be creating a dearth of full time positions. 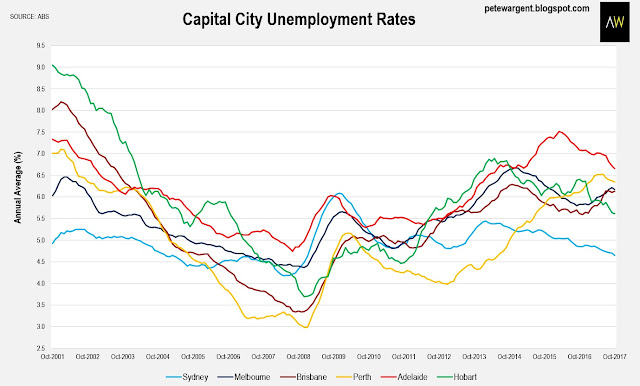 Sydney's monthly unemployment rate dropped to just 3.9 per cent in the month of October 2017 itself, a fantastically strong result which suggests any meaningful housing market correction is unlikely for the time being. 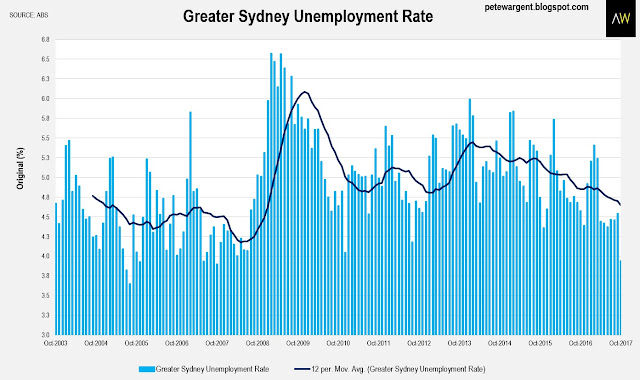 There hasn't been a lower monthly unemployment rate since more than a dozen years ago, all the way back in August 2005, and before the financial crisis.

Sydney's labour market is tightening gradually, and there are some nascent signs of wage pressures in the trades and construction industries.

It now takes 14 weeks on average for Sydneysiders to find a job, down from 18 weeks three years earlier, so it's been a bit of a slow burn.

Newcastle and the Hunter Valley have also seen a fine turnaround in fortunes over the past couple of years as the state's economy accelerated away from the resources downturn (and coal prices in particular came shooting back with a vengeance).

Stamp duty and transfer take has exploded to $10.7 billion, leaving the state of New South Wales in a negative net debt position. 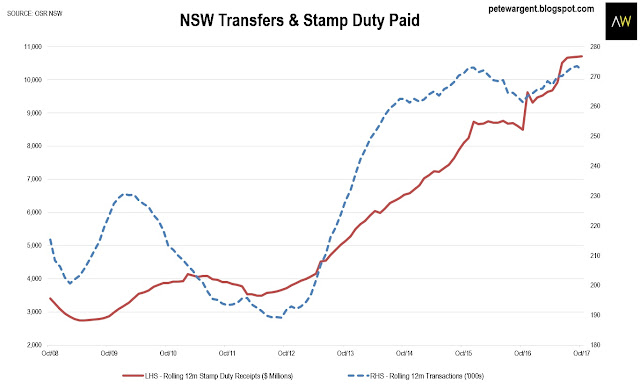 Two of Sydney's largest sports arenas, Allianz Staidum and ANZ Stadium, will now be demolished and rebuilt at a cost of $2 billion, adding to the long list of infrastructure projects.

Queensland is now creating the most jobs nationally, and cities such as Gold Coast are recording very low unemployment rates - at an annual average of just 4.8 per cent - with the Commonwealth Games visitors boost still to come. 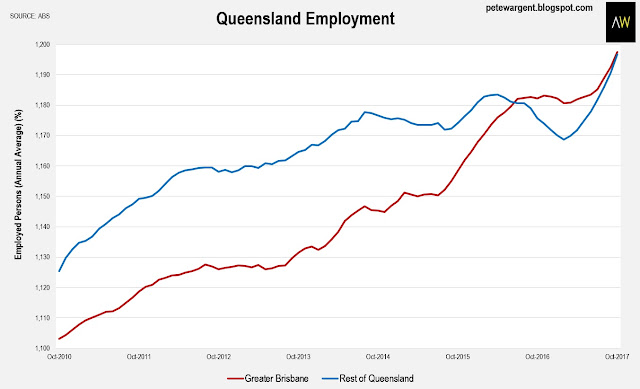 That's a phenomenal quantity of new jobs being created in Queensland, but the quality to date may not be quite so inspiring, particularly in Brisbane.

Of the other regions around Australia, Geelong looks to be thriving, creating nearly 15,000 new jobs over the past two years, and the annual average unemployment rate declining from 7.8 per cent in 2015 to 5.8 per cent.

The housing market in Geelong has also been firing.

There are still, however, some relatively high unemployment rates being recorded in the regions that are most defined by resources. 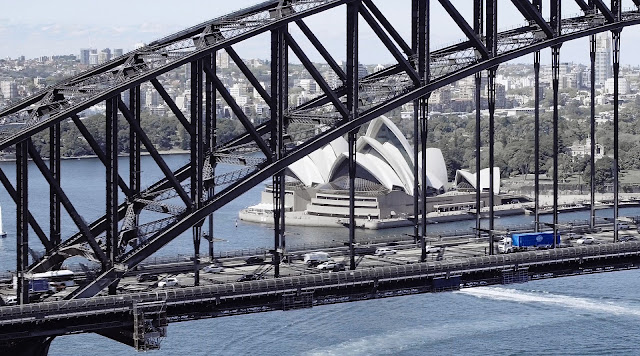