Total lending finance suffered its sharpest contraction in 9 months in September 2017, declining by 5.3 per cent to $67.9 billion in seasonally adjusted terms. 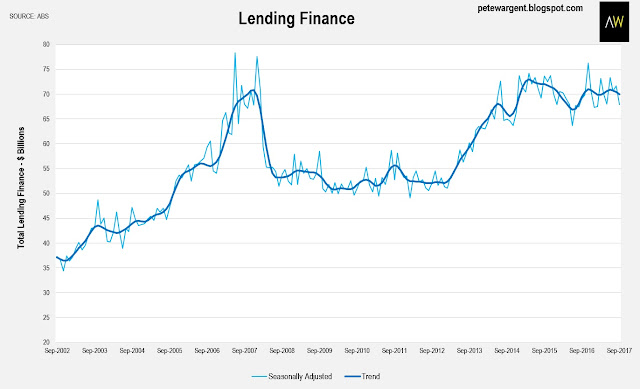 A key driver of the result was the squeeze on investment mortgages, although in trend terms there has been solid offsetting growth in the larger owner-occupier sector, to the extent that housing finance remains only just off record highs, at least for now.

The trend in personal finance commitments has been creeping higher again over the past few months, albeit only from the levels seen nearly a decade-and-a-half ago, while the average credit card balance has also bounced a little of decade-lows. 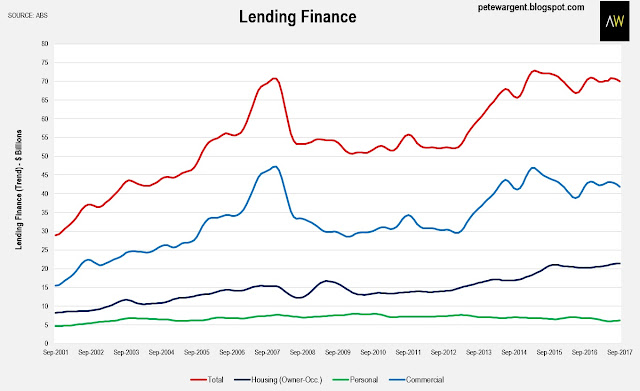 Healthy investment? The glass half...

At the industry level, a few observers would've been surprised by the rebound in commercial finance extended to the mining sector. Meanwhile construction has been an associated bright spot, and agriculture and a number of other services industries have also fared relatively well.

The weakness in retail trade, however, which first became apparent in the second quarter of calendar year 2016, is now starting to look suspiciously like a rout. With Amazon just taking guard at the crease, 2018 may prove to mark the beginning of a worrying time for Australian retailers. 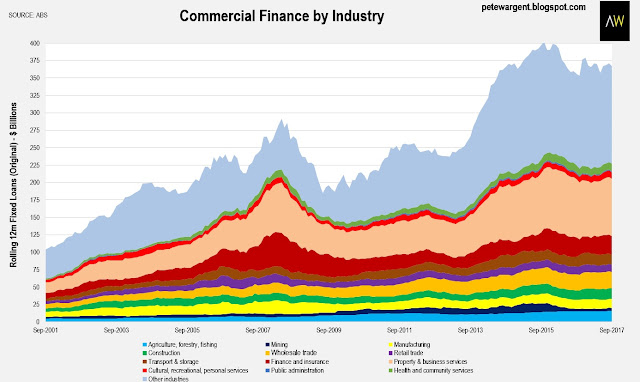 Overall, levels of investment look to be relatively healthy, with solid annual growth across many of the services industries. But equally there appears to be plenty of downside risk in the mushrooming construction sector.

The Reserve Bank's Guy Debelle adopted a customary "glass half full stance" in his speech at the 2017 UBS Australasia Conference in Sydney, highlighting the growth in health, information, media, & telecommunications services investment.

I'll be speaking this afternoon myself at the counterpart 2017 UBS European Conference in London, mainly on the subjects of consumer indebtedness and financial stability in Australia (wherein I expect my fellow panellist from the BIS will assess the Antipodean glass as being somewhat unsteady; I'm very much looking forward the debate).

Property investor loans - plotted here on a rolling annual basis but not adjusted for population growth or inflation - are now clearly in decline.

It's been interesting to note that the states and territories which did not experience a sharp run-up in investor lending have been at least as significantly impacted by macroprudential constraints. 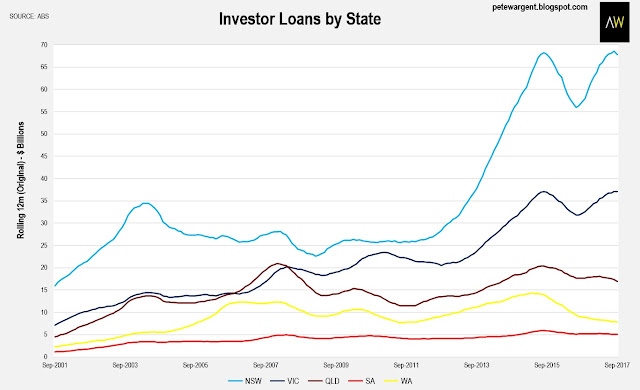 Offsetting the downturn in investor loans to a large extent, lending to homebuyers in Victoria appears to be imperiously strong, with demand for housing credit in New South Wales not too far behind.

The same can't be said of the Northern Territory apartment market, which is hurting badly, although granted we may just be seeing the first signs of stabilisation in Darwin's detached housing market. 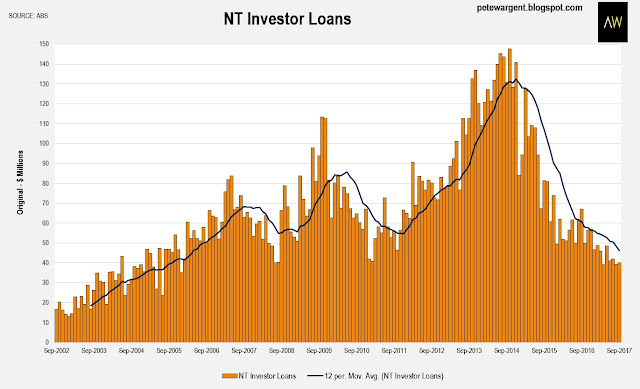 Growth in lending to investors, on the other hand, has been extinguished, and interest-only products have been absolutely torched by the wrath of APRA.

As most immigrants into Australia head to Sydney and Melbourne, any apparent tightening in rental markets should be monitored closely. 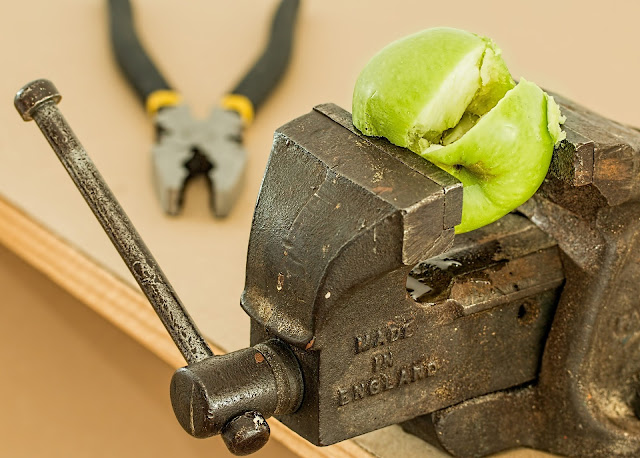