Construction work done came in at a thunderous $61.8 billion for the third quarter, the highest on record, with the distorted result again skewed higher by the import of an LNG platform. 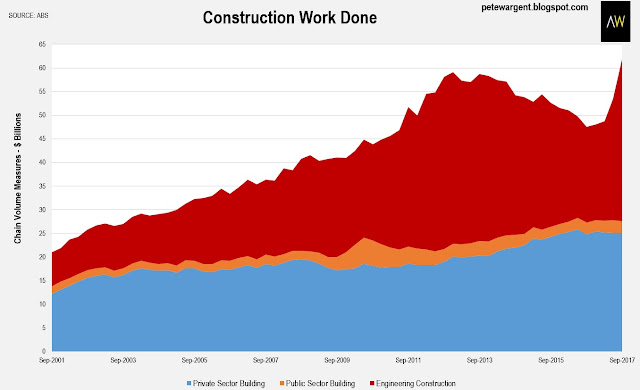 Notably engineering work is also rising solidly in New South Wales and Victoria on the back of strength in infrastructure projects, with Queensland also now on a decent run in this regard. 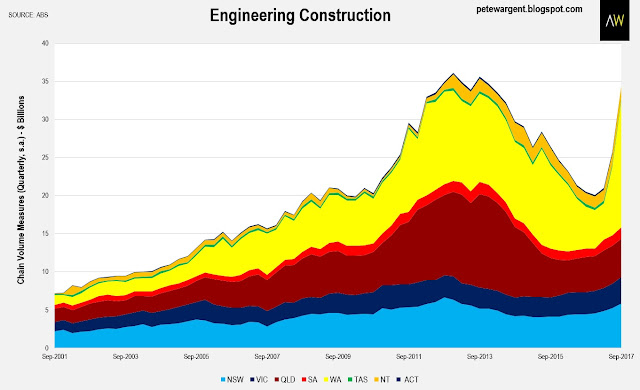 Despite the record high quarterly result, residential construction is now in moderate decline, with the value of detached house building done sliding for three consecutive quarters.

Looking specifically at the building of attached dwellings such as apartments, work done is still absolutely flying in New South Wales, but is now teetering in Victoria, and dropping sharply in Queensland (down 22 per cent since the end of last year, and falling). 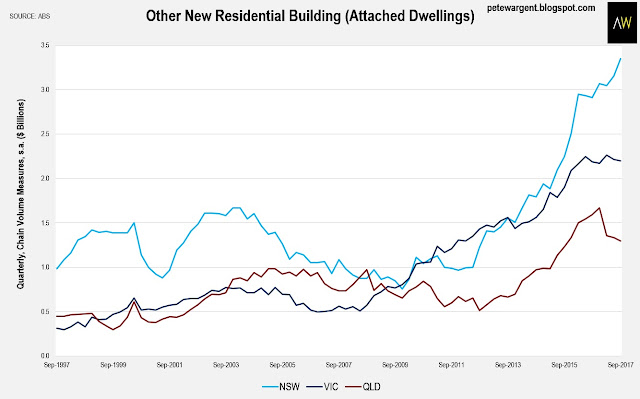 Melbourne increasingly appears to be at risk of failing to meet the strong demand for dwellings from rapid population growth.

Construction employment has never been higher in Australia, both in terms of the numbers of directly employed, and as a share of the workforce.

Infrastructure building looks to be strong, and indeed construction activity is at record highs in both New South Wales and Victoria.

The residential building boom, on the other hand, has now moved beyond its peak.

In particularly apartment construction activity is set to fall over the next few years, especially in Brisbane where fewer and fewer new residential projects are now being kicked off. 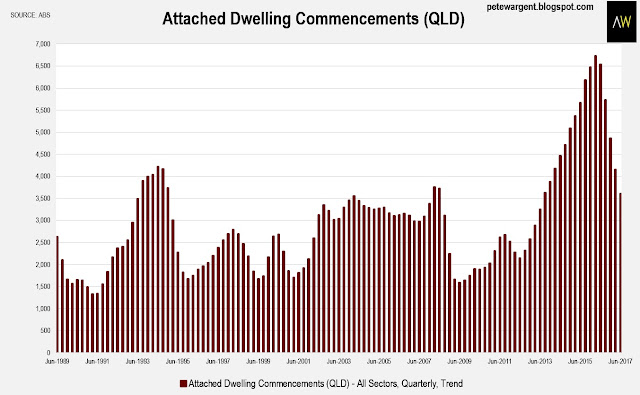 Overall, though, this was an upbeat result, with high levels of activity driving construction price inflation to multi-year highs. 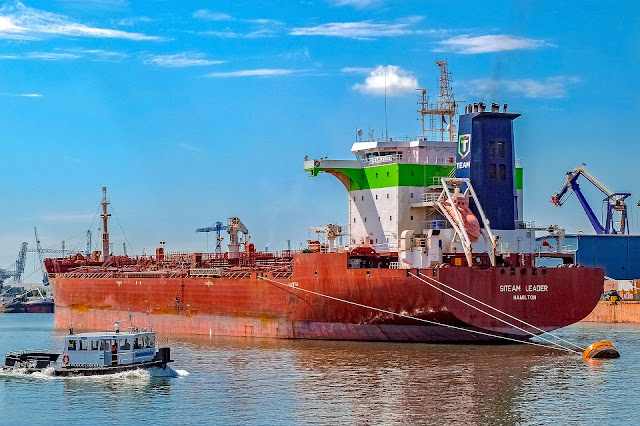