Building approvals continued to defy the gloomers, rising to back above 19,000 in October - up from just 16,100 this time last year - a third consecutive month of gains being driven by strength in the state of Victoria. 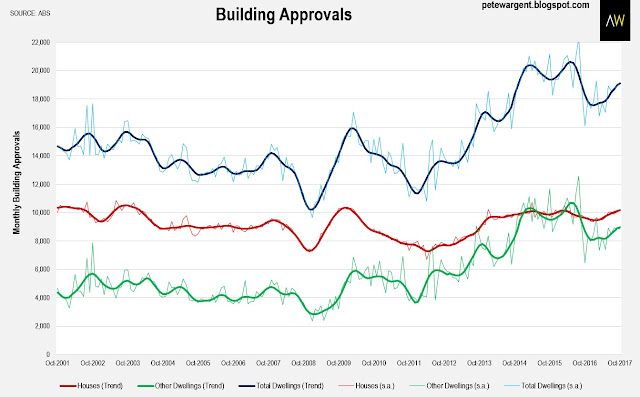 The high-rise downturn appears to have mostly run its course now, although Queensland may see approvals continue to slide a little further in this sector. 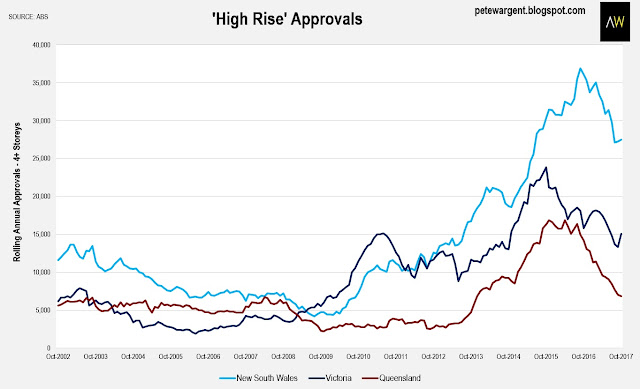 In annualised terms private sector approvals actually increased a little in October, to about 218,200. 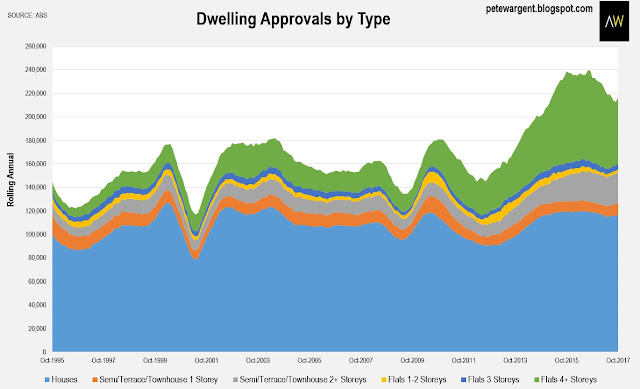 There has been a healthy change in composition with townhouse approvals gradually accounting for a greater share of the market, as developers turn their attention away from investors and offshore buyers (and towards downsizers and owner-occupiers).

In the detached house market, sentiment appears to be strongest in Brisbane and Melbourne, while Perth now looks to be close to the bottom of its cycle. 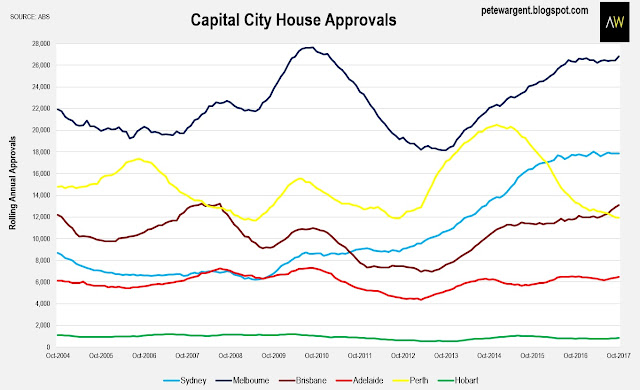 Attached attached dwelling approvals held up strongly in October in Sydney (3,640) and Melbourne (3,475), helped along by the shift towards townhomes, while overbuilt Brisbane (756) continues to retrace. 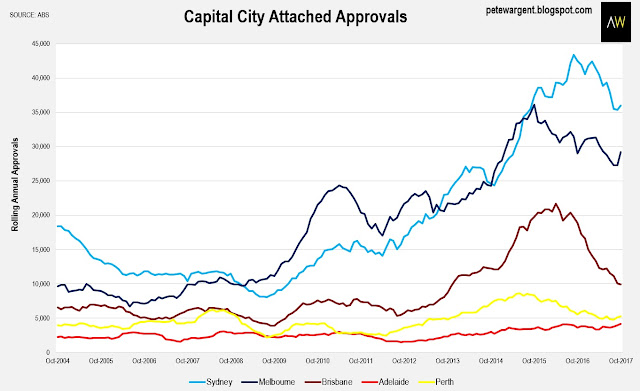 Finally, a point to watch: is supply finally responding to the ultra-tight market in Hobart? Early days, but this does seem to be the case. 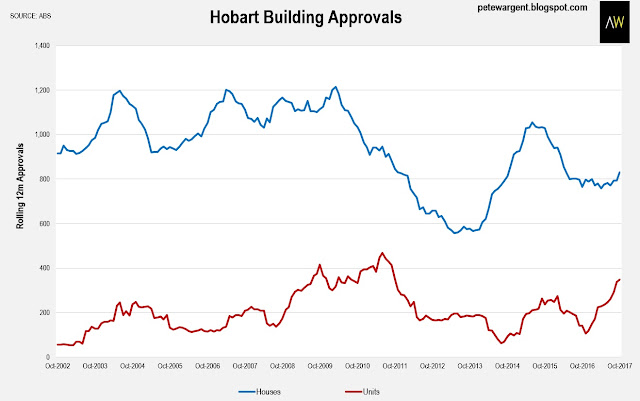 Tasmania's population only grows at about 3,000 per annum, so the required approvals are naturally much lower than in the mainland capital cities.

Overall, this was a very positive result, with seasonally adjusted approvals a considerable 18 per cent higher than in the same month last year.

Historically dwelling commencements have tracked approvals quite closely, so on this evidence it's hard to see the feared dramatic slowdown in residential construction in 2018, except at the localised level.

It looks as though we'll be seeing the construction of more medium-density options in the townhouse style (and fewer shoebox apartments), which can only be a good thing.