Australia notched a seasonally adjusted trade surplus of $1.75 billion in September, as net exports are set to make a small but welcome positive contribution to the national accounts for the third quarter of the year. The rolling annual trade surplus increased to a record high $19 billion... 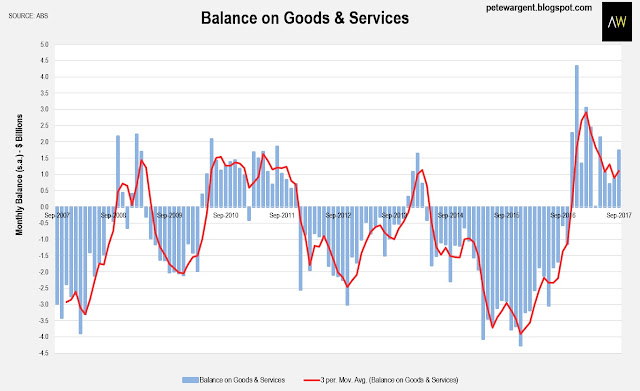 ...as annual merchandise exports to China blazed to well beyond a thunderous $100 billion. 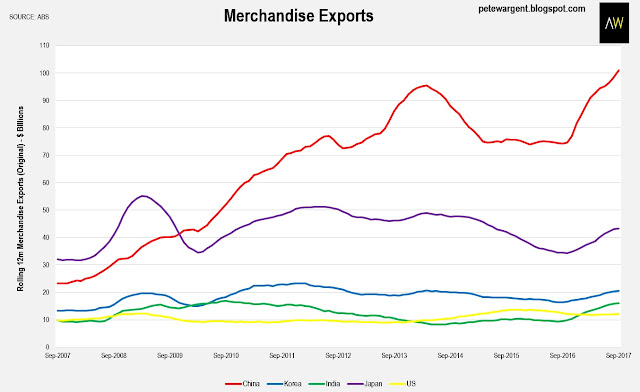 September was a more upbeat month for gold and iron ore export values, largely accounting for the improved surplus. The value of LNG exports, although lower in the month, also hit new highs over the year to September. 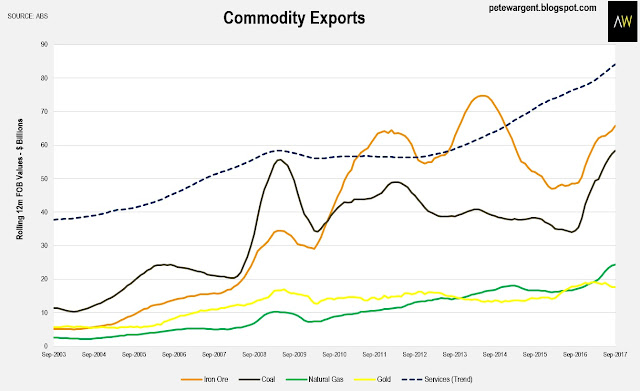 Price action in iron ore markets has been substantially weaker of late, however.


The lower dollar has helped the trade services balance to haul itself all the way back to a $201 million surplus in September, the highest result in 14 years. Meanwhile, Australia's tourism boom continues to go from strength to strength...to strength. 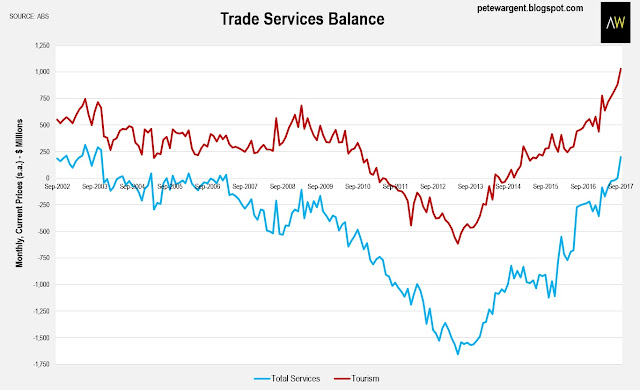 This has also largely been a Chinese phenomenon, and so too the international students boom. In fact, most of the thriving sectors of Australia's economy can in one way or another be tied back to China's urbanisation.


The coal price rebound and the ramp up in LNG exports has been welcome news for Queensland - as indeed has been the surge in international tourists - and the Sunshine State is now accordingly racking up substantial trade surpluses. 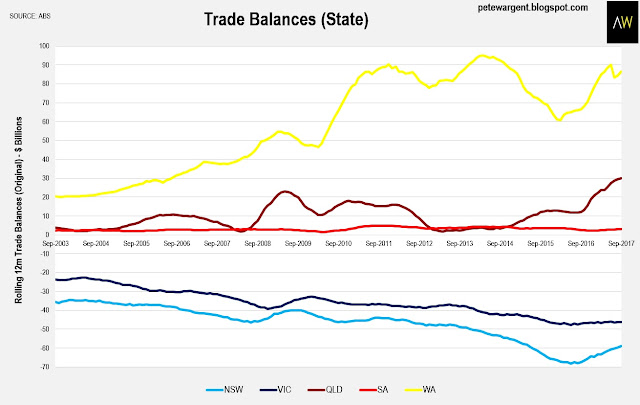 Overall, Australia's volatile commodity prices continue to be, well, volatile, but it's been good to see services exports consistently delivering improved results since their 2013 nadir.

The importance of China to these figures can hardly be overstated, with more than a third of all merchandise exports accounted for by our largest trading partner. 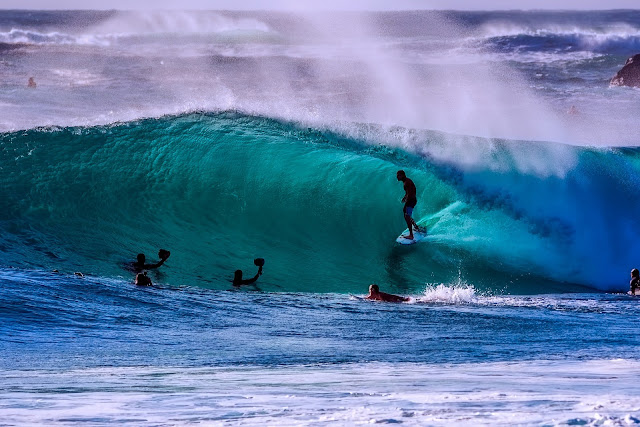