17-year low for US unemployment

US nonfarm payrolls increased by +261,000 in October 2017, comfortably missing market expectations of a stronger rebound.

The September result, severely impacted by hurricanes, was initially reported as negative. However, the prior month was revised up to a small gain of +18,000, meaning that the economy's winning streak for employment growth is extended to a record 85 months.

It now looks as though the whole of Janet Yellen's term as Fed chair will be characterised by employment expansion.

With the August result also revised up, the economy averaged reasonable gains of +162,000 over the past three months, as businesses reopened in October. 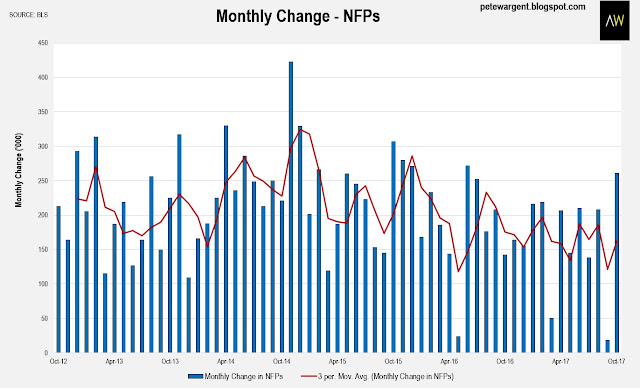 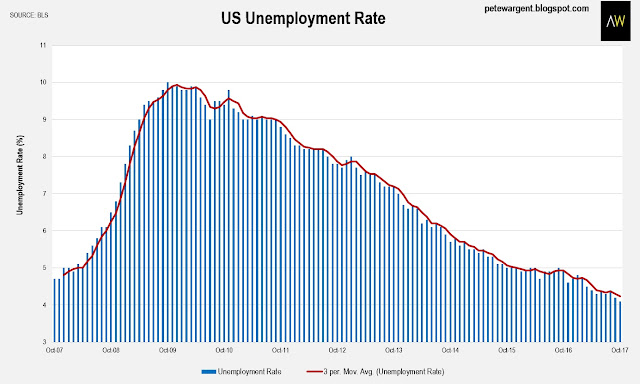 Average hourly earnings declined by 1 cent in the month, meaning that year-on-year earnings growth was only +2.4 per cent (the absence of lower-paying hospitality gigs presumably caused last month's spike, which was reversed as employment in the sector returned this month in rising by +89,000). Overall, this was largely the expected post-hurricane bounce. There was nothing too impressive about the wages figures, but these may have been distorted by weather. Fed set to hike in December. 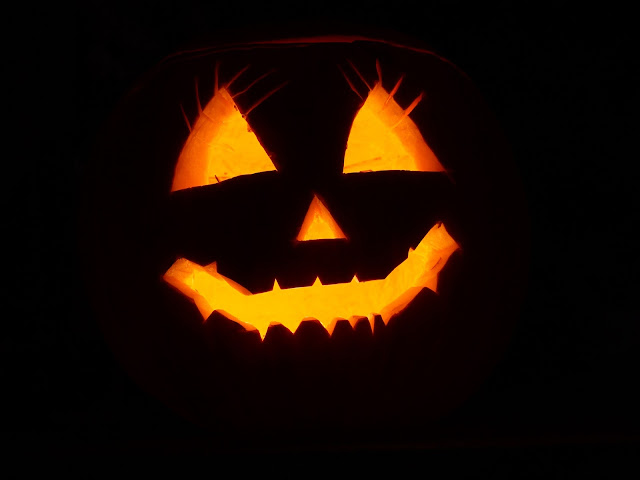