People are upping and leaving, so says the Sydney Morning Herald.

And they are right - in fact, people have always left Sydney! 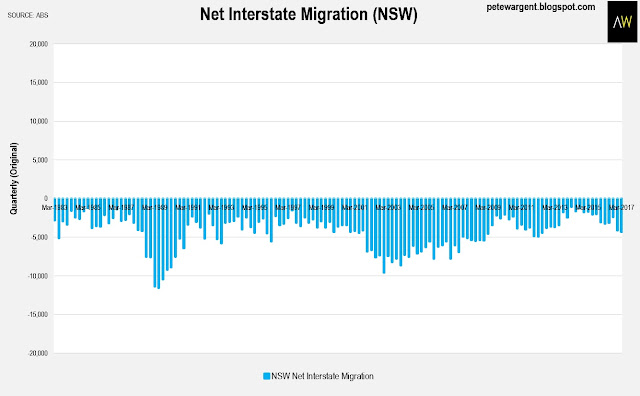 Immigration into Sydney from overseas, on the other hand, is tracking at the highest level on record. 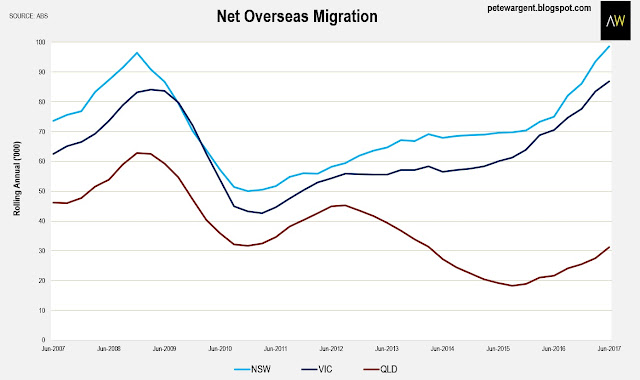 And then there's the natural growth of the population, as births exceed deaths.

The population of Sydney is expected to rise from about 5 million to about 7.4 million by 2046.