It's not the first time we've covered this story, of course.

In fact, believe it or not 2018 is now the sixth consecutive calendar year we've been talking about apartment oversupply, although in my opinion this will be the last.

First there was the glut of approvals and the surge in Chinese off-the-plan buyers.

Then came the cranes.

And then came the middlemen, offloading the new apartments to anyone with a pulse and an interstate driving licence.

And at one stage there were more than 32,000 attached dwellings under construction across the state - a record for the Sunshine State - but that figure has probably dropped by about a third now.

And with lending criteria seriously tightened and the Chinese bid fading, not so much is being kicked off now, particularly in the fully supplied markets. 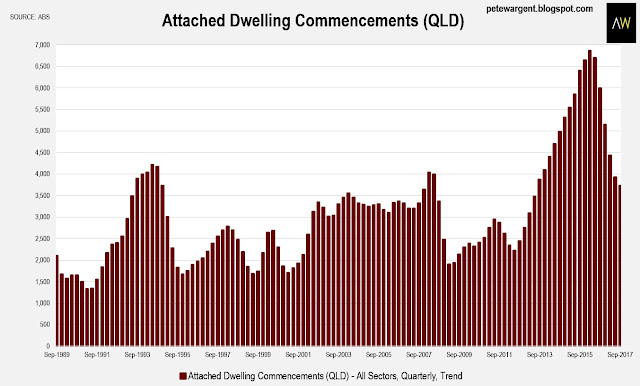 Meanwhile, following a turnaround in jobs growth, population growth is picking up all the time.

In fact, if current trends persist, by about the end of this year the annual population growth in Queensland could be topping ~100,000, which would well & truly wipe out any apartment glut, so watch this space. 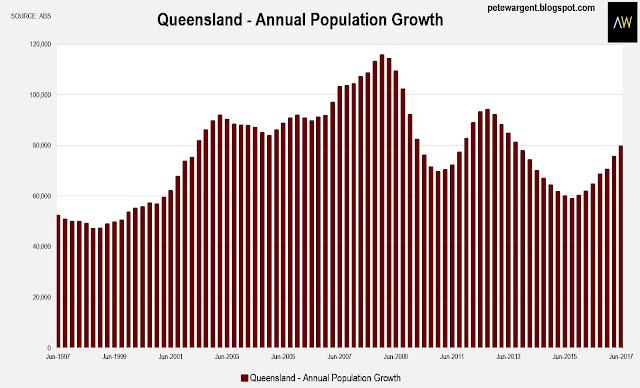 The other thing to note is that units in Brisbane are now relatively speaking very affordable, which itself is attracting buyers from home and interstate, and is encouraging renters to centralise.

Although there's some pain ahead for off-the-plan buyers, the end of the glut is gradually hoving into view.

Indeed, while acknowledging the seasonality of Brisbane's rental market, I've noticed a sudden and significant lift in rentals activity early in 2018 with many examples of rising rents in New Farm apartments, and property managers reporting multiple applications for quality properties.

The plural of anecdote is not data, this is true, but I also note that SQM Research's asking rents index has recorded a quarterly bounce or rebound of +3.0 per cent for 2-bedroom units in Brisbane (and +1.8 per cent for all Brisbane units).

And I know from direct market experience that the rental sector across the city is far from all weak.

You can read the online version of ABC's piece here. 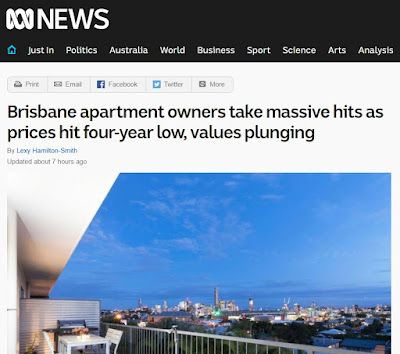 And I'll post the television news version later if I get around to it. 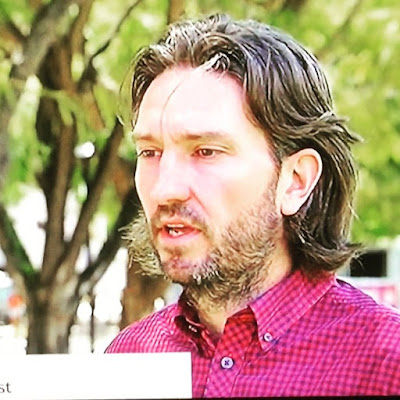