Only 830 attached dwellings were approved in Sydney in the month of October 2019 (for reference the equivalent figure for October 2015 was just shy of 4,000). 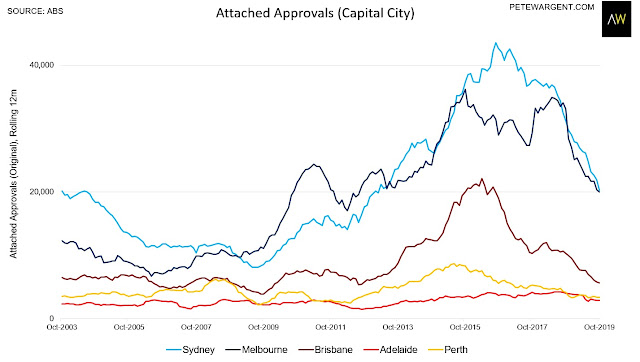 House approvals are also tanking in Sydney and Melbourne, though they may be finding a base elsewhere. 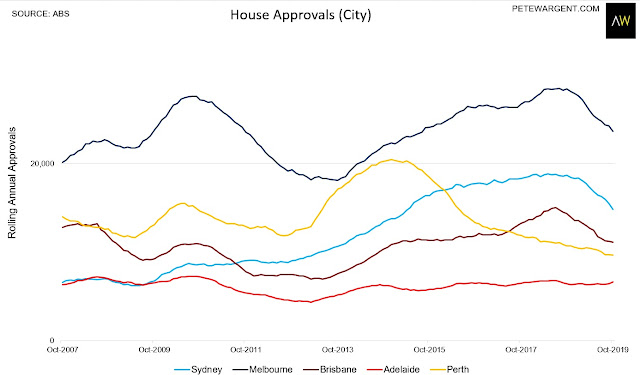 Piecing all of the national figures together, monthly building approvals have continued to trend lower from about 20,000 to 13,000, which looks very much like a recessionary trend. 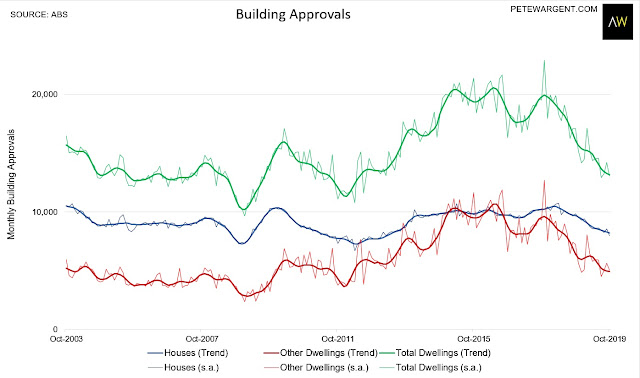 Of all the figures released today about the only bright spot was non-residential approvals, which may go some of the way to offsetting the residential crunch. 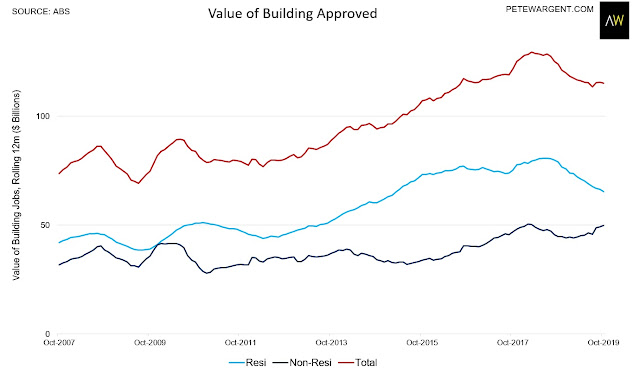 The high-rise apartment sector looks to be in for a spectacular smash, however. 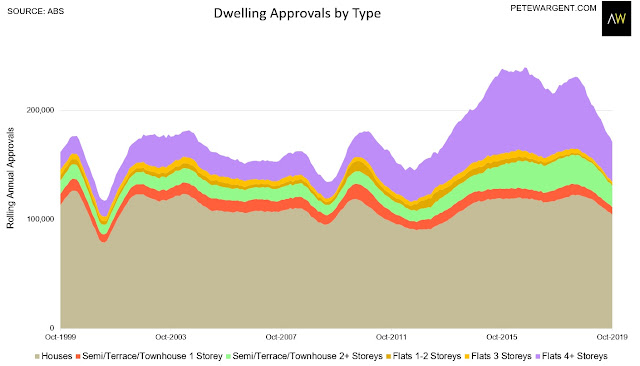 The impacts will be felt on employment, especially in Sydney, but also in Melbourne, Brisbane, and Gold Coast. 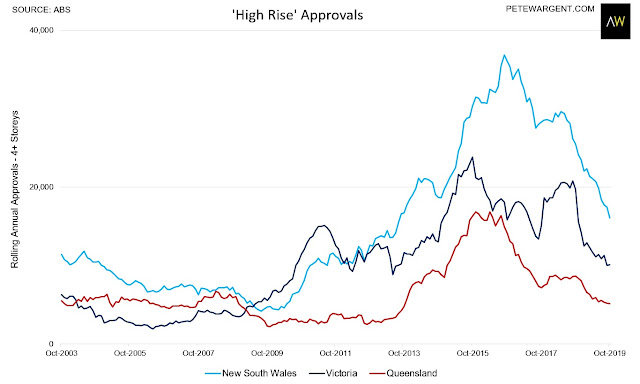 Overall, another weak reading for building approvals, which is set to lead to the next dwelling undersupply by 2021.

House approvals were 19 per cent lower than a year earlier, and for attached dwellings the equivalent figure was 31 per cent, which looks suspiciously like a recession brewing, or at least something close to one. 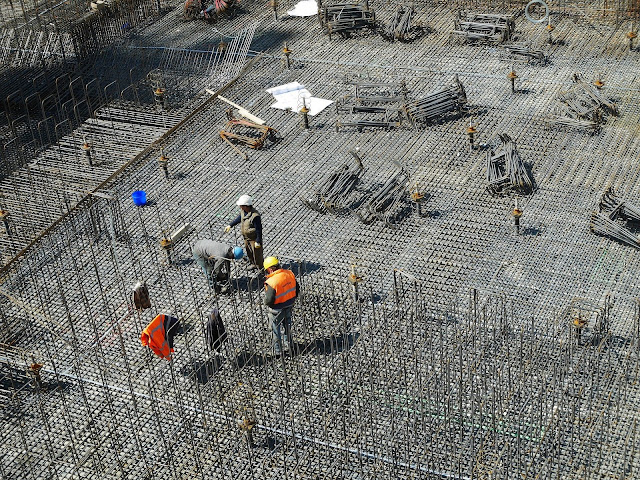