There was a huge data dump today, which I don't have the time to go through in detail right now.


With the exception of house prices, which are now rising, and stock market prices (which are now approaching exuberance territory), the data was almost exclusively poor.

Aussie stock valuations are approaching unprecedented highs (h/t @Scutty), while dividend yields are at the lowest level since mid-2010 and falling fast: 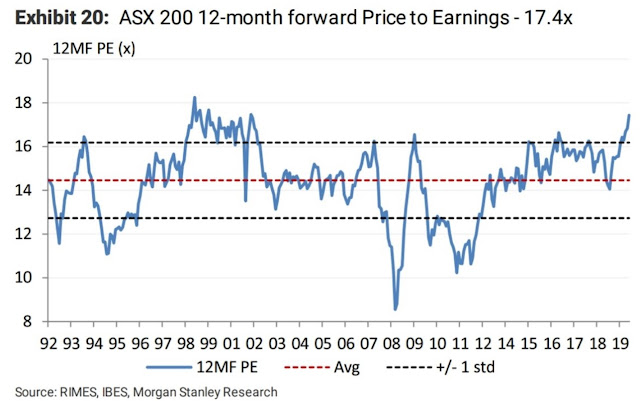 It would take far too long to detail all of the poor economic data, but here's a summary of some of it:

Productivity figures were the worst in at least a quarter of a century, trimmed mean monthly inflation was negative (despite the drought and higher petrol prices), company profits were softer than expected, inventories were negative, wages and salaries paid have flattened, the monthly manufacturing gauge is now in contraction territory, and monthly building approvals fell by more than 8 per cent.

I look at building approvals in a bit more detail here in a separate post.

Job advertisements fell again in November to be -13 per cent lower than a year earlier, suggesting that full employment is elusively drifting further away. 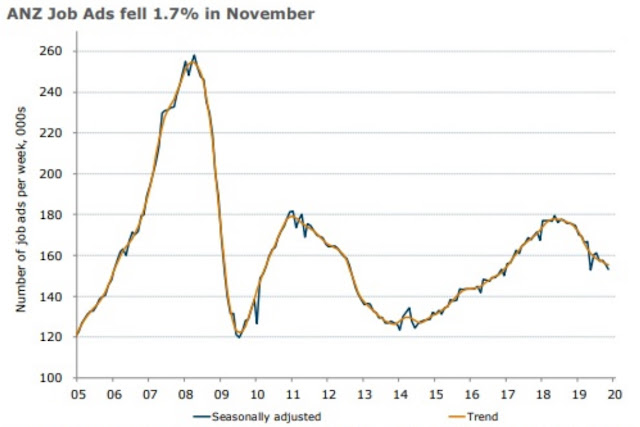 
'Job ads are still falling and the softness in the labour market has a way to run' noted ANZ drily.

NAB noted that it must accordingly downplay the Reserve Bank's optimistic growth outlook, especially given that the RBA has consistently over-estimated GDP growth since the financial crisis.

There's no gentle turning point in evidence in any of these numbers. 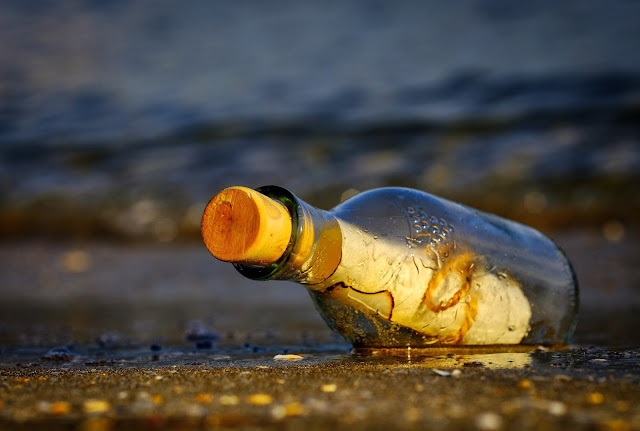