In July I noted via a stylised example how the lifting of the minimum 7 per cent mortgage assessment rate - when combined with the monetary easing then priced in - might result in a 15 per cent increase in borrowing power and activity for homebuyers (but not portfolio investors). 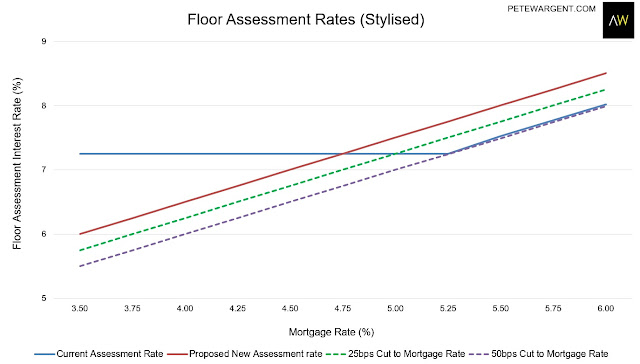 This is pretty much what's played out, with investor credit growth running at the lowest level on record and mired in negative territory, while homebuyers have come back into the market with gusto.

As written about previously, Australian Finance Group (AFG) saw a $35,000 jump in the average loan size across two quarters of its lodgements data, largely driven by upwards moves in New South Wales and Victoria. 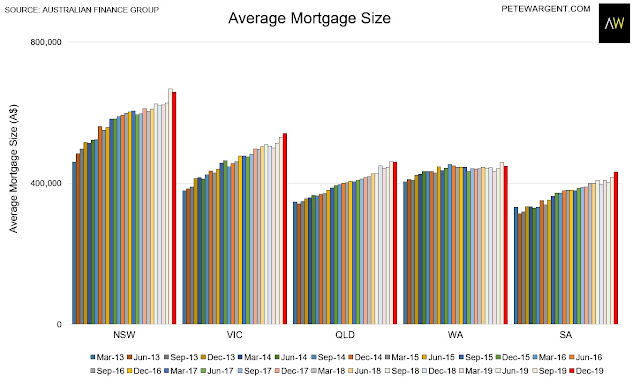 And now the December 2019 housing lending figures from the ABS showed the average new mortgage size for homebuyers rising to around $500,000 for the first time, recording a surprising 16 per cent or $60,000 leap since the election. 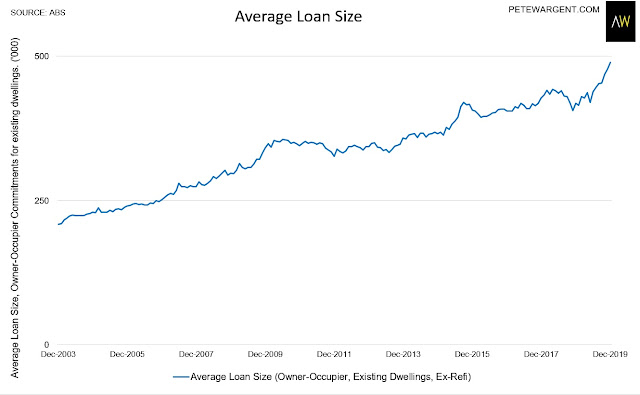 The increase here was again driven by New South Wales and Victoria, and to a secondary extent the other mainland states.

While it may be a noisy data series, in NSW the average mortgage size surged by $103,000 or 20 per cent since May for the purchase of existing homes. 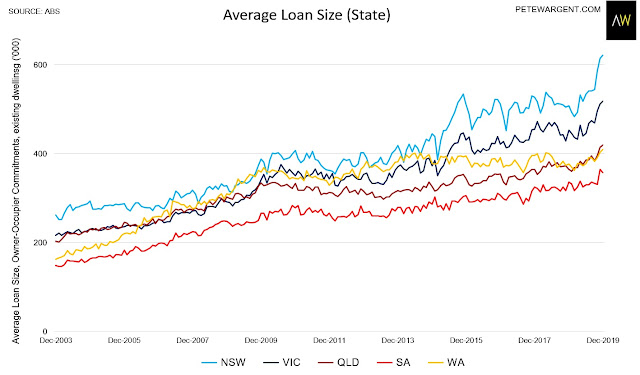 With this week's wage price index likely to record year-on-year growth of just +2.3 per cent there probably isn't much more gas in the tank here until the economy gets moving again, which doesn't look likely any time soon. 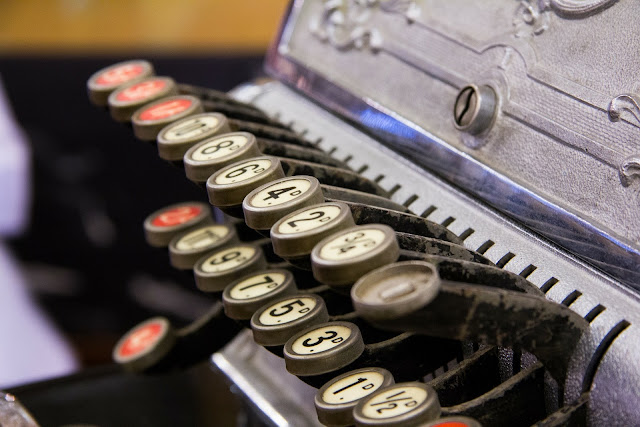