With the advent of home computers in the 1980s, I became extraordinarily excited by cassette computer games, both writing and playing them.

At junior school age we had an Amstrad PC at home, and countless hours were whiled away playing even the most obscure of games.

There was a truly dire game named 'Fruit Machine' by Amsoft, which would surely have to be one of the most pointless computer games ever written (with the possible exception of a game I wrote years later to mimic the National Lottery - it turned out that the odds of winning the lotto, like the game itself, were really bad).

'Fruit Machine' took seemingly forever to load, and essentially involved spinning three reels and hoping you got three symbols (bells, pound symbols, lemons, or some other ill-defined fruit sprite) the same in a row.

In fairness, there were some other 'features' such as hold and nudge, which could help you to, erm, get three reels in a row the same, and if you wee successful the screen flashed and buzzed a bit.

That, literally, was it!

Oh, and if you got to the conclusion of the game without smashing the computer screen borne of abject frustration, you got to put your name - or more commonly a lewd word - up on a clunky scoreboard at the end.

In later life, of course, I discovered that playing poker machines, or 'fruities' as we called them in England, could actually be quite exciting, but only if there was real money to be won or lost.

It's a similar deal with electronic computer roulette on aircraft entertainment systems - even on the most tedious of long-haul flights I'd rather stare at the floor or scowl disapprovingly at the fractious parents of disobedient children than sit there aimlessly spinning an electronic wheel.

Unless, that is, there's an option to swipe a Mastercard, in which case...well, I still wouldn't, but I can at least understand why people would do it.

When it comes to financial markets, it can pay to watch what people do, rather than what they say.

"There's no better tipoff to the probable success of a stock than that people in the company are putting their own money into it."

Lynch implies here that you should watch Director share dealings closely, both buying and selling.

For if insiders are buying enthusiastically with meaningful amounts of their own cash there's a fair chance that a company has better than average prospects, at least over the short to medium term (and vice-versa).

In other words, follow the smart money, though director dealings should only ever form one piece of information in an investment decision.

Where are the customers' yachts?

Studies by Morningstar have found that many fund managers do not invest themselves in the funds that they manage for clients.

Personally, I'd be extremely reluctant to invest in something that was being sold to me if the person doing the selling was not prepared to be heavily invested themselves.

If the chef doesn't eat the cooking, maybe it's a restaurant you shouldn't eat at - after all, they should know better than anyone if the food is bad!

Advisors should have interests that are aligned with their clients; be very wary if they don't.

"If you do not take risks for your ideas, you are nothing. Nothing."

Taleb loves to be abrasive and is extremely critical of those with no 'skin in the game', seeking recognition, prizes, or honours for the views they air, but never actually acting on them.

At the other and most extreme end of the scale, some are even prepared to die for their views.

"I have always thought the actions of men to be the best interpreters of their thoughts".

Very true, even all these centuries later.

Seemingly everyone has opinions on financial markets. But many have no skin in the game, in which case they might just as well be spinning the three reels of Amsoft's 'Fruit Machine' (and I've got a cassette version going spare if anyone wants it!). 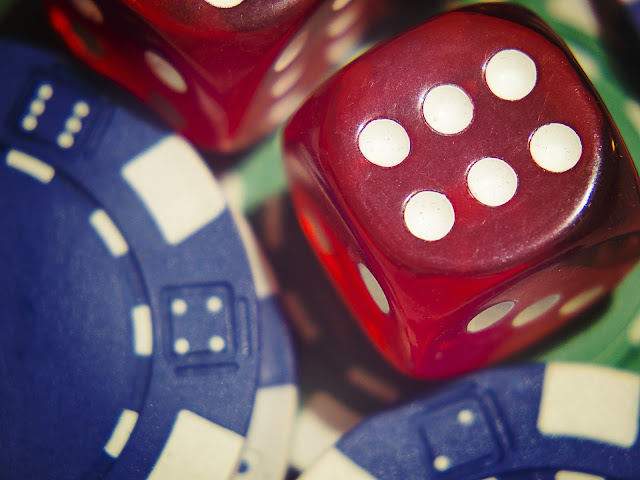