Over the past 12 months, exports are up by +17 per cent. and we've racked up a record $17 billion surplus on a rolling annual basis. 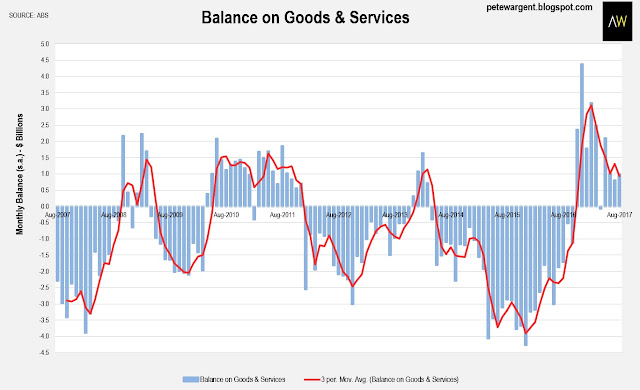 LNG prices have spiked lately, so we can expect to see some records being broken for gas exports over this financial year, while services exports are powering on. 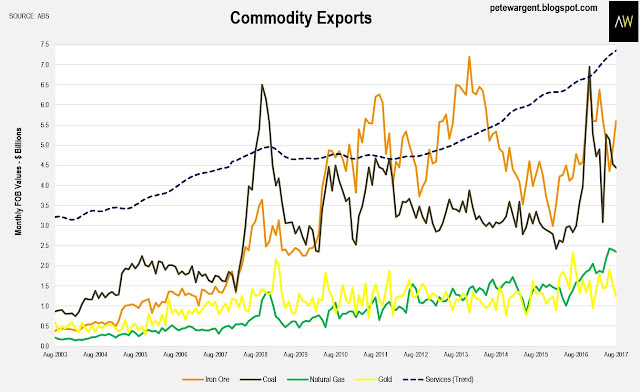 Western Australia saw a massive $10.5 billion of imports last month, relating to an LNG platform, but things were back to normal this month.

The Western Australian economy has been turning a corner for the better lately. 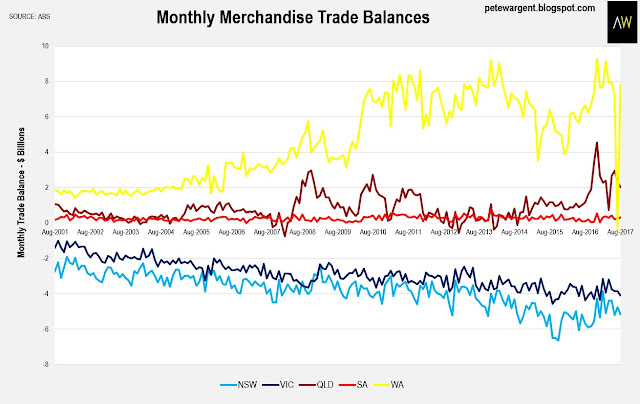 A good news story here, after accounting for a series of revisions, is that Australia's services sector is now back in surplus territory to the tune of $18 million.

It's been a long time coming. 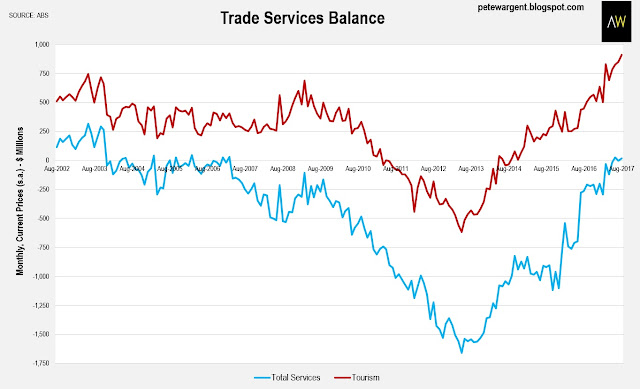 The tourism industry, meanwhile, is absolutely on fire!

There is much more to come here too, with Chinese tourists set to shun Seoul in favour of Sydney this Golden Week.

Expect to see all manner of records broken in terms of tourism spend and hotel nights booked, especially in Sydney and Queensland.