A valid point is raised here by fund manager roger: there's an awful lot of focus on population growth in Australian property market analysis, and not nearly enough on trends in household formation.

The comment was posted in relation to another finely balanced article on roger's blog, entitled "PREPARE TO LOSE ENORMOUS [PROPERTY] WEALTH".

roger was prompted by one of the blog readers that had linked to a thing I wrote about accelerating population growth hoovering up the excess apartment supply in Melbourne. 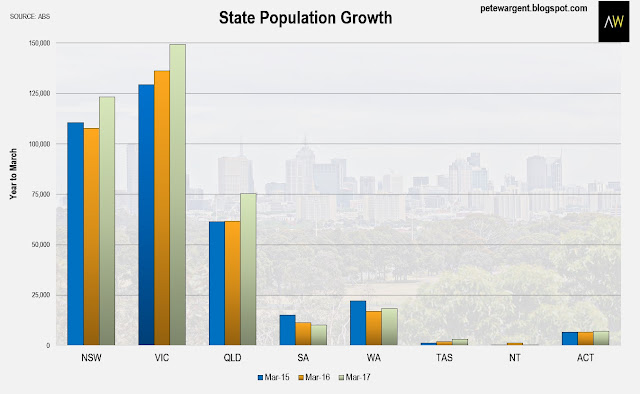 What can I say? Melbourne's riotous population growth has hoovered up the excess supply, and Victoria's population is now growing by ~150,000 per annum.

In fact Melbourne is now diving headlong towards a rental crisis and increases in rents as the supply rolls over.

roger is quite right to note that household formation rather than population growth drives housing market demand.

The rate of household formation had been outpacing the rate of population growth in Australia for years, but echoing global post-financial trends this dynamic reversed during the last intercensal period from 2011 to 2016, partly due to under-building (at least initially), and partly driven by affordability challenges.

However, household formation is now expected to outpace population growth over the next two decades, according to research by BIS Oxford Economics, with the average household size resuming its downward trend. I'll take a look at the reasons why below.

Let's not go over old ground, except to note in passing that roger's analysis of 18 months ago in May 2016 - partly derived from building approvals figures - concluded that Australia had an oversupply totalling in the hundreds of thousands of dwellings.

The thing is, Australia will never have a massive oversupply of unsold new dwellings - projects simply don't get financed and built unless enough units are pre-sold.

It's true that the market anticipates demand incorrectly we can end up with an oversupply or mismatch of rentals temporarily, and sometimes in a downturn listings can rise sharply if owners dash for the exits.

But we haven't got hundreds of thousands of dwellings too many; not with the ramp up in headcount.

Since the introduction of new incentives, the number of dwellings financed by first homebuyers bolted to the highest level in 92 months in August 2017, so households are now being formed apace, especially in the two most populous states. 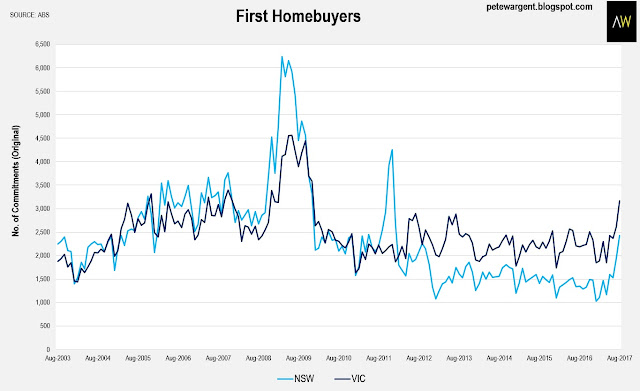 There's much, much more to household formation than just this, though.

Recall I showed from the 2016 Census figures that Australia's migration programme has led to a demographic tsunami, being millions of 25 to 32 year-olds in Australia, about to swamp the housing markets, heavily focused on Sydney and Melbourne.

Many first-timers are electing to rent where they live, and are instead buying investment properties as their first step onto the ladder, so the real number of first-time buyers is tracking at close to the long run average. Plus there's the trend towards co-ownership, as recently reported.

Perhaps as significantly, there are the parents buying homes for their kids, which is new household formation not reported in the first homebuyer finance numbers.

We are now seeing this going on practically all the time at auctions in Sydney and Brisbane - to be blunt, it pushes up prices - and evidently it's a big thing down in Melbourne and Geelong too. 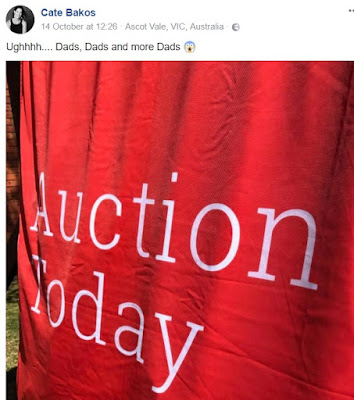 Cate Bakos of Cate Bakos Property in Melbourne notes that it's not only the first homebuyer sector that's being impacted by inherited money:

"Parents are impacting competition levels significantly. Firstly in the first homebuyer concession range - which is already screaming along with heightened borrowing capacity - and secondly the upgrader stakes. We are seeing and hearing of parents paying it forward with inheritance money."

Affordability has been a drag on household formation to some extent since the financial crisis.

However, this is projected to be more than offset by an ageing population - empty-nesters and downsizers - more divorces, more separations, widowhood, and a nascent yet growing trend towards lone-person households living in apartments. And that's before we mention all the empty dwellings.

Over the longer term, the ABS forecasts that the number of households will increase by well over 50 per cent to 12.7 million over the 25 years to 2036.

SQM Research's Louis Christopher has had a few minor skirmishes with fund manager roger in recent times, so it's intriguing - to me anyway - that SQM forecasts in its base case scenarios home prices rising in 2018 in all eight of the capital cities.

SQM has been Australia's most accurate forecasting house over recent years. 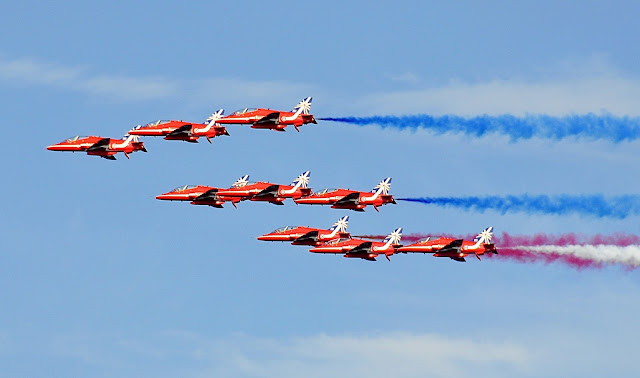