Although lower than a year ago, dwelling commencements were very solid in the June 2017 quarter at just under 53,000 on a seasonally adjusted basis.

About 219,000 new dwellings were commenced in the financial year. 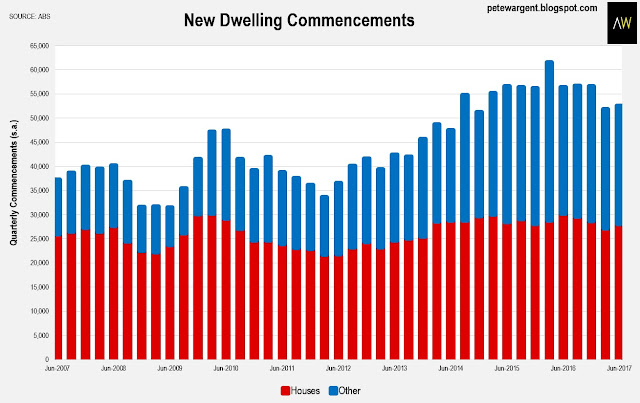 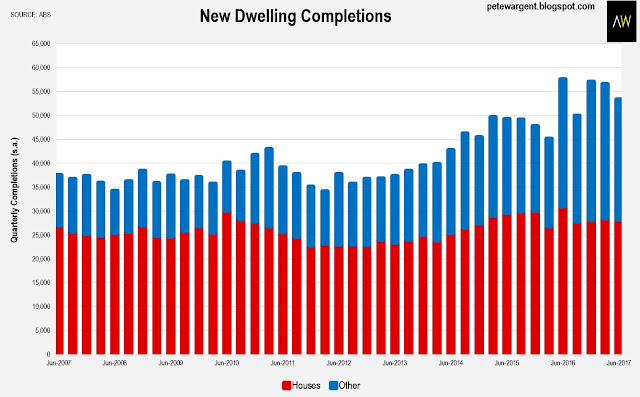 Developers in Sydney are now chewing their way through the backlog. 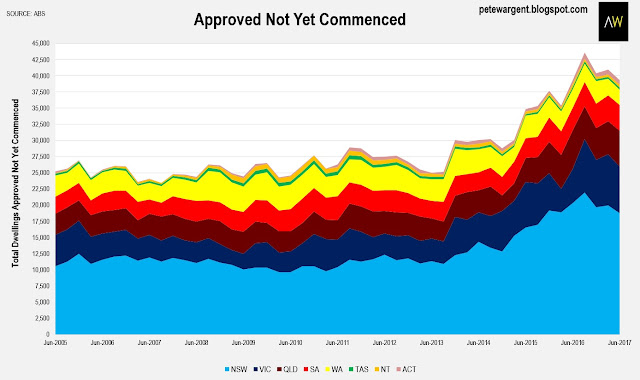 At the end of June there were still more than 150,000 attached dwellings under construction. 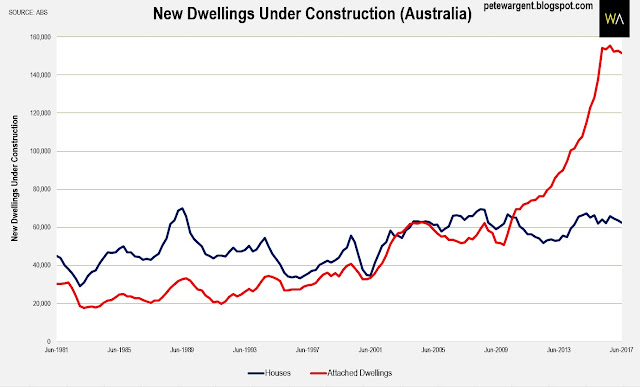 It looks as though by the end of 2017, the apartment construction pipeline will largely be a Sydney phenomenon. 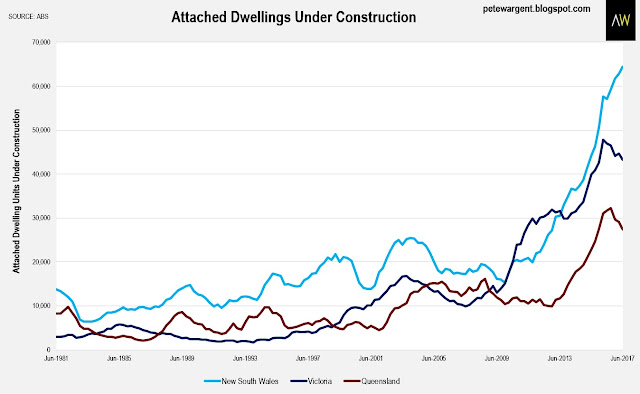 The defining feature of this construction boom has been the record number of high-rise apartments.

And these can take years to build.

Most are pre-sold, so there will be no oversupply of unsold apartments, but we can see pockets of oversupply of rental properties, especially in inner city Brisbane.

Sydney has about 65,000 attached dwellings under construction, which is a record.

Due to faster population growth, the risk of oversupply seems to have abated in Sydney and Melbourne, although Sydney's housing market is clearly slowing.

The pendulum is swinging towards Brisbane and south east Queensland, both in terms of internal migration and property investment.

I'll look at Brisbane's apartment supply in a separate post. 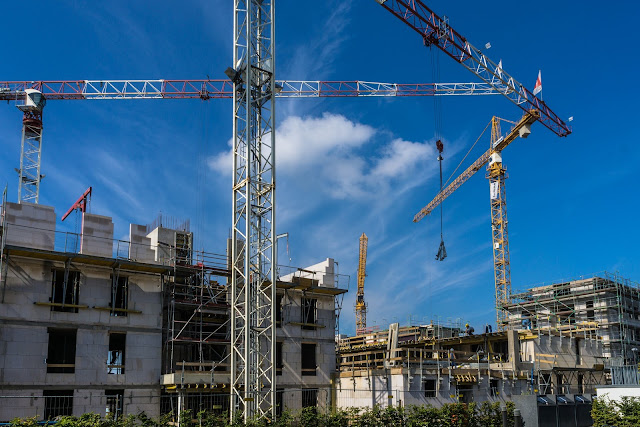