The ABS released its Characteristics of Recent Migrants survey for November 2016 yesterday, a release which the statistician puts out every three years.

The anti-immgration lobby will be trawling through the figures to see whether migrants were taking all our jobs (go home, we're full!) or not working enough (bludgers!), but in the end the three-year change in the figures wasn't all that remarkable.

Most migrants are employed, including 82 per cent of skilled migrants, while the unemployment rate for Australian born citizens at 5.4 per cent was comfortably lower than the national average.

The labour force participation rate for recent migrants and temporary residents remained high at 70 per cent, and 84 per cent reported that wages or a salary were the main source of household income.

The system is broadly working as it should, then, while the recent increase in permanent settlers is largely accounted for by an increased refugee intake from Iraq and Syria.

One significant trend which stood out to me was the clear acceleration in recent migrants with their usual place of residence in one of the capital cities.

Migrants have always preferred the capital cities, of course, but at 88.3 per cent the figure has clearly been accelerating higher over the past dozen years to now sit at incredibly high levels.

Given that Australia's rate of immigration has also increased dramatically over the past dozen years this is potentially a hugely significant demographic trend.

About 55 per cent of Australia's population growth is presently accounted for by net overseas migration, while the other 45 per cent relates to natural growth (being more births than deaths).

The trend towards capital cities holds true across all visa classes, but particularly so for those arriving as international students, a means of entry which is set to the most consequential driver of demographic trends. 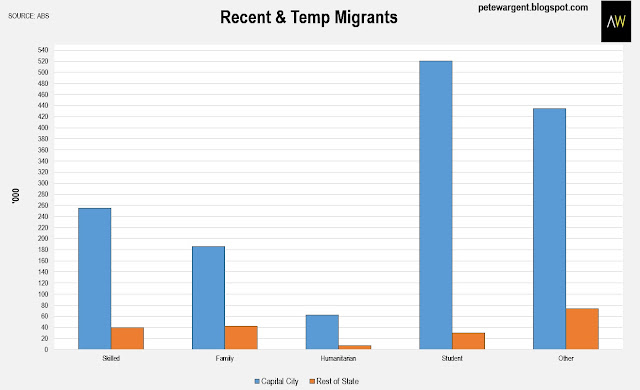 Looking at the geographical figures it becomes clear that since the peak of the resources boom Western Australia is not attracting or retaining recent migrants as successfully as it once was, while the southern states have not been retaining as many migrants as they might wish to.

The slack has been instead picked up by Sydney, and to a lesser extent Melbourne. 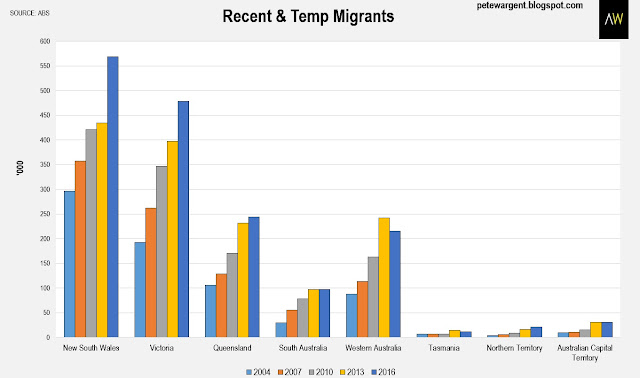 Interestingly Sydney loses a chunk of its population each year interstate or to other parts of regional New South Wales, meaning that the residual population of Greater Sydney is heavily tilted towards overseas born residents.

Melbourne and Brisbane on the other hand are attracting migrants internally, and as a result absolute population growth is tracking at record highs in Greater Melbourne, and is picking up speed in Brisbane. 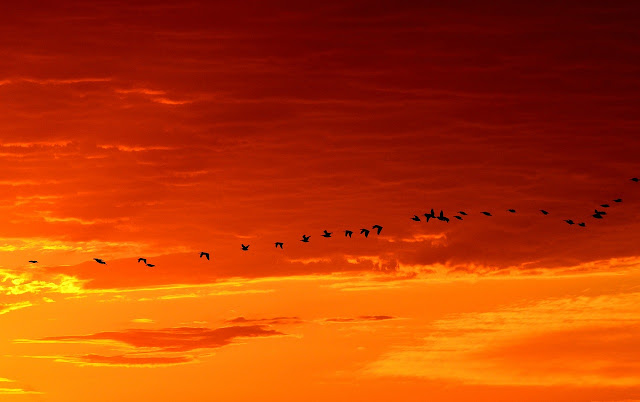