Stamp duty and transfers paid in New South Wales hit $9.63 billion over the year to April 2017. 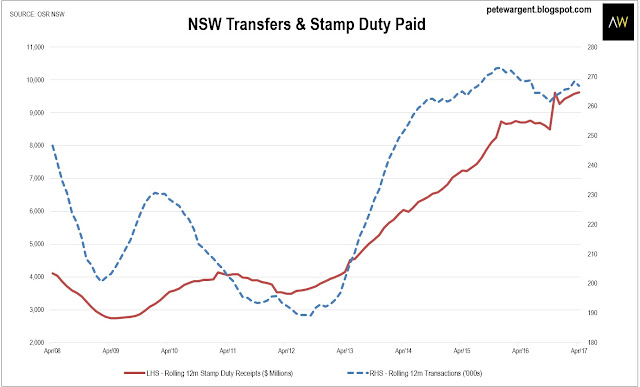 This will be another huge boost to the New South Wales Budget, which ended the 2016 financial year in surplus, partly thanks to a one-off bonus from the Ausgrid transaction.

Later this morning the Australian Bureau of Statistics (ABS) will releases its March quarter figures for Construction Work Done.

This may be a key data series in determining whether interest rates yet have further to fall.

Total construction activity has declined over the past three years as the resources boom has wound down, yet the industry still employees more than 1.1 million people, about three quarters of whom are accounted for by the residential property sector.

Construction work done fell by 7.8 per cent last year to $46.3 billion in the December quarter - although the rate of decline slowed significantly towards the end of the year - and this was despite another solid 5.7 per cent lift in residential construction in 2016.

There was a bit of dodgy weather around towards the end of the March quarter, so a further decline wouldn't be a surprise, although public works should now at least be contributing a little bit of growth.

Certainly the anaemic level of wages growth in the economy supports this view.

And, as I noted here, the inflation figures are also known to be upwardly biased, a factor which could come into play towards the end of the year.

All of which leaves growth in the economy highly susceptible to any downturn in residential construction, so stay tuned... 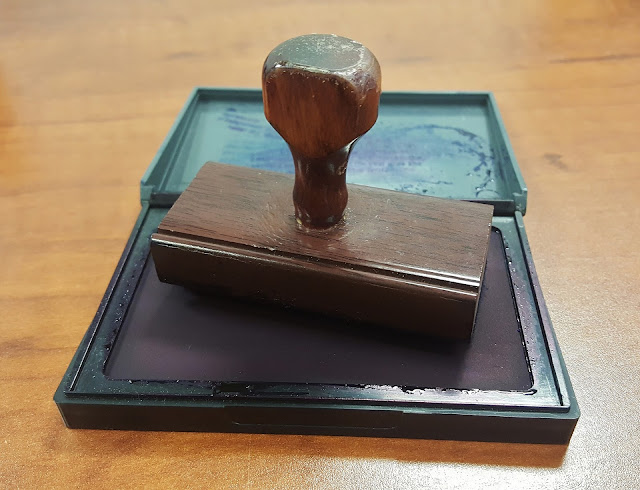