The energy sector is off to the races, with the ETF up +90 per cent since the third week of March. 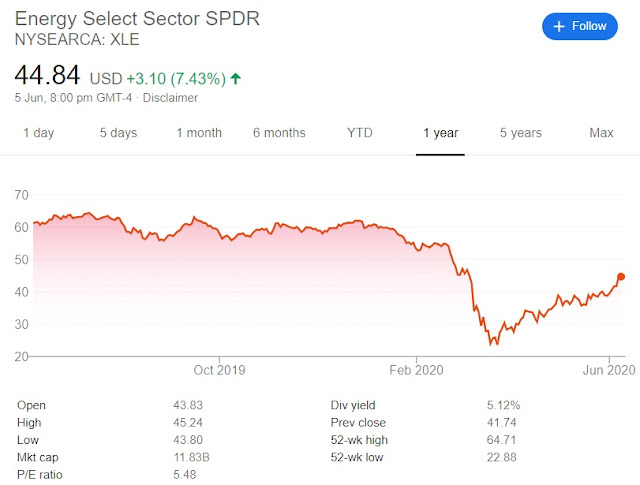 It proved to be a long way down for those averaging into beleaguered Occidental, but the share price has now comfortably more than doubled in adding +115 per cent since March 23, the latest surge partly on takeover speculation. 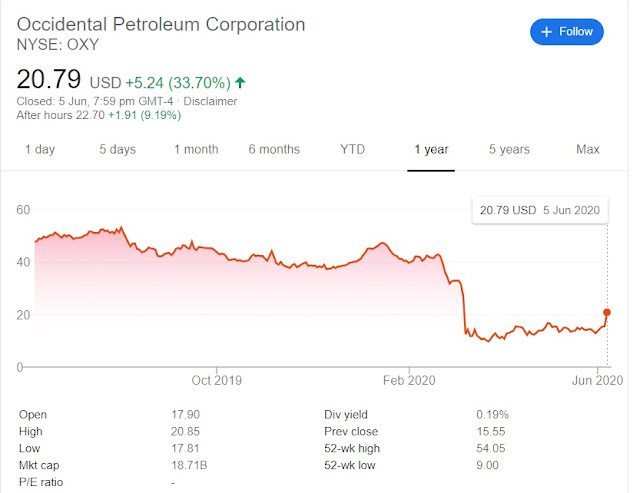 A word of warning, though: valuations are still levitating at dangerously high levels, while the fundamentals of the US economy look awful.

The CAPE ratio, which takes a smoothed 10-year view of earnings, is tracking at 30.

It's true that the stock market is not the economy, of course, but market cap to GDP is now sailing into uncharted territory as the shutdown has hollowed out activity. 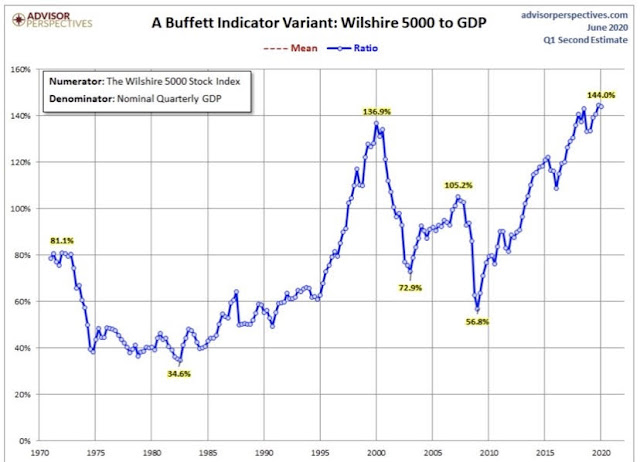 Grantham is now moving into cash, and Buffett has already been doing the same.

It's not a crash prediction, more a reflection of low expected returns from such elevated levels. 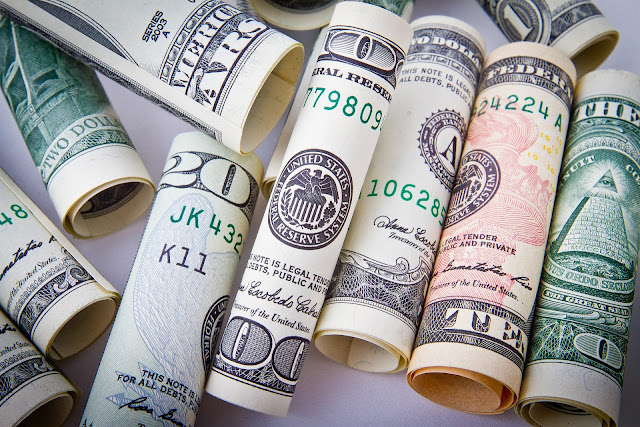